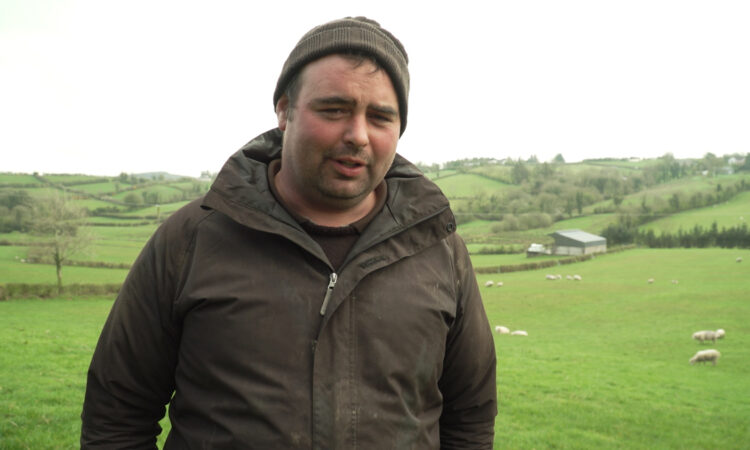 Based in Crubany, Co. Cavan, John Hewitt is a sheep farmer who is lambing 140 ewes this year.

He explained to AgriLand that he runs his sheep enterprise on 80 acres of land. He runs numerous breeds of ewes in his flock including: Charollais; Texel ; Suffock; Beltex and Rouge.

Most of the ewes on Hewitt’s farm are lambed early in the year. However, this year, there is a batch of 40 ewe lambs that were retained from last year’s crop of lambs.

They are due to lamb in mid-April. These are lambing later as they were allowed sufficient time to develop before being introduced to the ram.

He explained that 100 ewes on the farm were sponged to synchronise their breeding cycle. This was done in order to have them lambing in a more compact time interval. He noted that 87 of the ewes held and 13 of the ewes repeated.

He said: “They started to lamb in the first weekend of January and they had all lambed by the end of January. It went very well this year.”

John explained that he lambs the bulk of his flock early in the year, and said that he does this for two reasons.

Firstly, to have the lambs ready in time for the Easter market, when lamb prices tend to be highest.

Secondly, as John works part time driving machinery, to have the majority of the workload involved with the sheep enterprise completed before the spring time when land dries and machinery work tends to get busier.

We do a lot of work on the country, spreading slurry in the spring time, so February and March just doesn’t suit to be tied up lambing.

“The lambs are kept for around four months here and then they are generally ready for Easter.”

Commenting on the mandatory introduction of EID tagging, John expressed his concerns as to the benefits of this system.

His concerns have been matched by many other sheep farmers nationwide in recent months.

“They are three or four different types of tags already. It doesn’t make much sense in putting a tag costing €1.50 into a lamb’s ear that is going to the factory for it to be taken out a few hours later.”

Concluding, he outlined that currently, sheep tags were only costing €0.35. 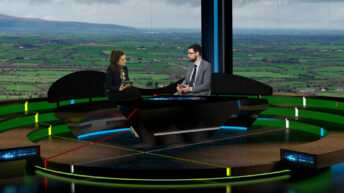