AgriLand paid a visit to contractor Hugh Hegarty – close to Ovens, Co. Cork – to find out more about a tractor that plays a very special role in his hedge-cutting and verge-maintenance fleet.

Hugh is a Massey Ferguson man at heart; the 4270 that’s the subject of this article is a tractor that he has owned from new. 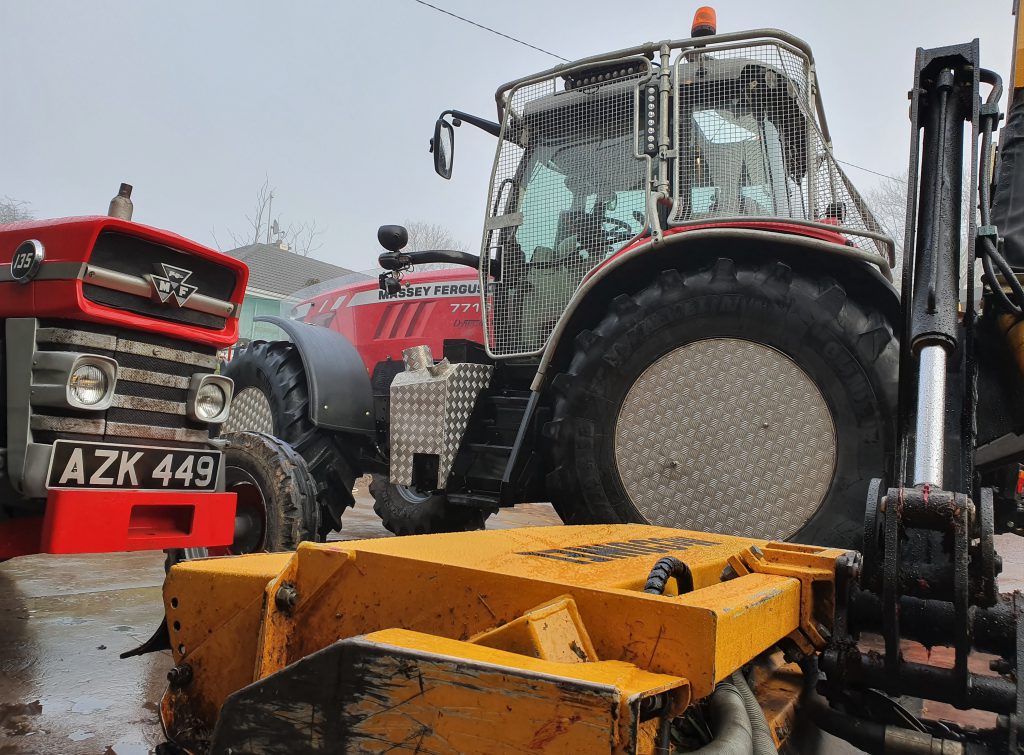 In this video (below – shot by AgriLand’s own Kevin Farrell), Hugh explained: “We’re here today looking at a tractor we bought new. We’re after refurbishing the tractor.

“The tractor has about 34,000 or 35,000 hours done. Its engine was never opened; its gearbox was never opened. It’s had – probably – eight or 10 sets of tyres; many clutches; radiators; bits and pieces…but the rust got to it eventually.”

According to Hugh, circa 29,000 hours are showing on the current ‘clock’ (odometer), but that’s this machine’s second ‘clock’.

He continued: “It was bought new at a ploughing match in 1998. It was the first new tractor we ever had; we had old tractors before that.

Also Read: Video: Talking to MF about its ‘NEXT’ tractor…and current sales in Ireland

“The 4270 has served me well. It’s probably the hardest-worked machine in the yard; I have bigger tractors. 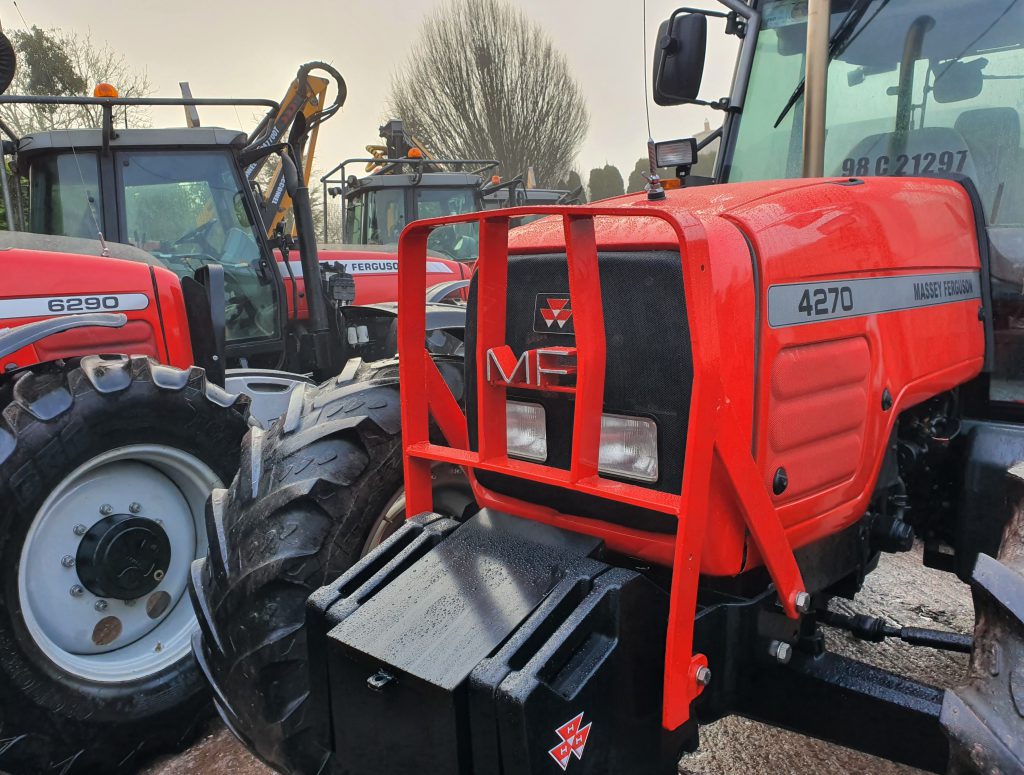 “It drew a lot of stuff out of Cork city during the building boom. It has been on the tanker. It paid for most of what I have in the yard. It has done a pile of hedge-cutting.”

According to Hugh, it’s very suitable for hedge-cutting, but is “not so great for haulage”.

He explained: “One gear-lever does all the gears, which means there’s a bit of an overlap when changing gears with a heavy load. When you’re hedge-cutting that doesn’t come into play, so you’ve one hand on the joystick and other free for the gear-lever and the steering. You’ve plenty of gears on it. 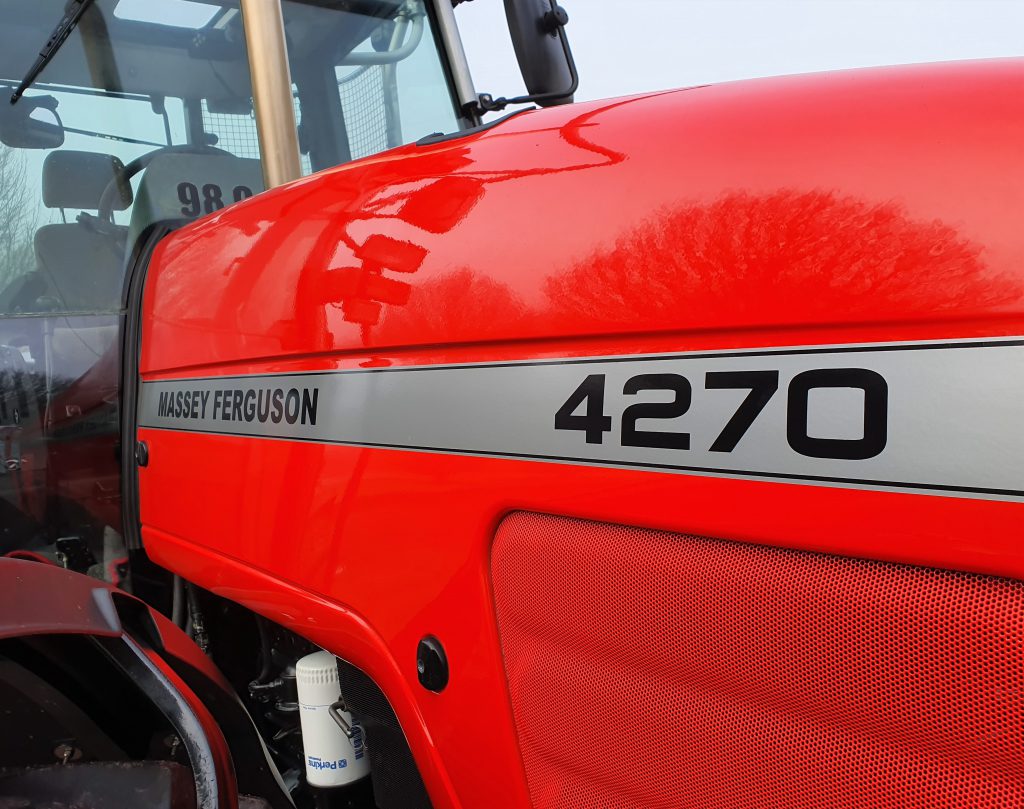 A friend – Vincent Burke – carried out a lot of the restoration work on the tractor, with help from several others too (including Eddie Roche who did the painting and Ollie – a long-serving employee of Hugh’s). 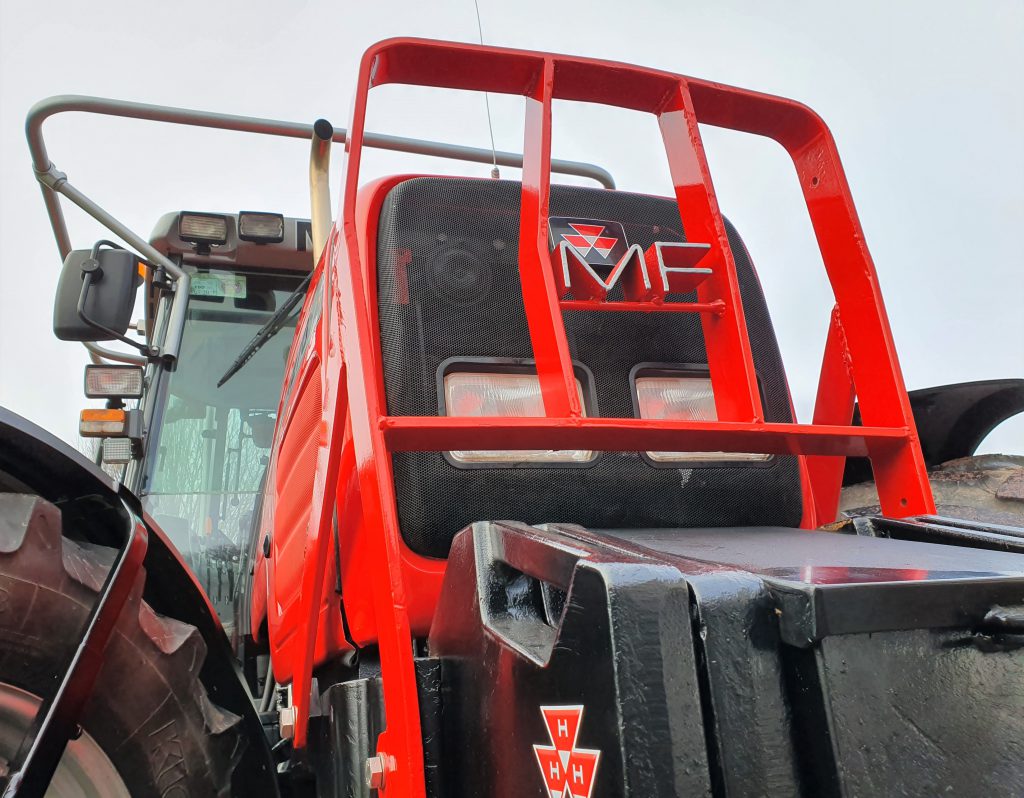 Hugh went on in the video to describe some of the work undertaken – noting that some (cab-related) parts were difficult to get.

The restoration work was carried out (on and off) over an eight or nine-month period; much of the work was focused on the cab. Hugh says that – for the most part – they “didn’t go at the mechanics of the tractor”.

He noted: “To this day the tractor is still serving us very well. We’ve put a lot of money into [the restoration] to get it right, but it’s probably going to go into semi-retirement soon.”

He joked: “Hopefully, she’ll be there longer than me!”

Video: Talking to MF about its 'NEXT' tractor...and current sales in Ireland