‘Light up the night’ truck and tractor run set for NYE

Image source: Light up the Night

Preparations are well underway for the fourth annual ‘Light up the Night’ truck and tractor run, which will take place on New Year’s Eve, Tuesday, December 31.

This follows on from the success of last year’s event, which took place in north Co. Kilkenny to highlight suicide awareness – mental health issues and the help and support available in the local areas, nationwide and beyond.

According to organisers, the level of participation and support for last year’s event from near and far was “way above our anticipation”.

Continuing, organisers noted that the event was originally set up to raise awareness – but, as a byproduct, donations were accepted from both drivers and members of the community. 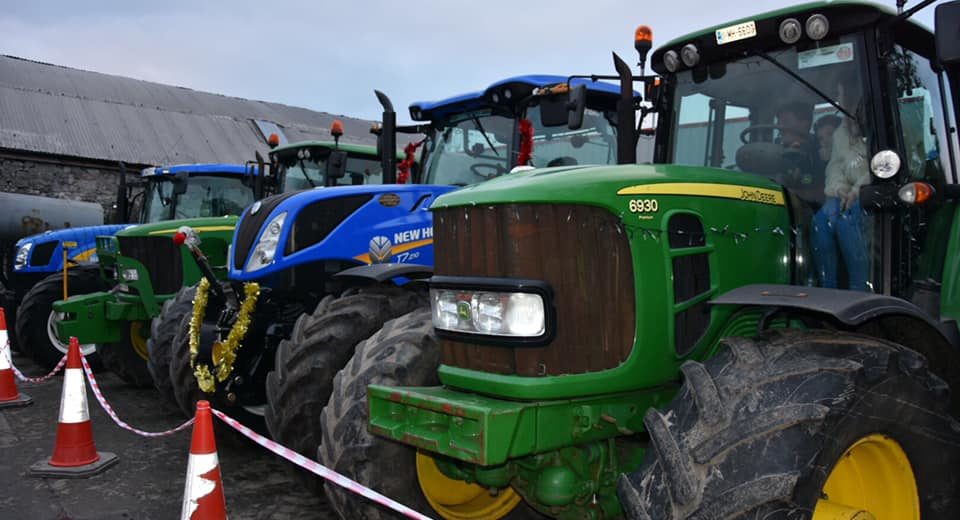 Image source: Light up the Night

These funds were distributed to local charities working with mental health issues, including:
Advertisement

With organisers hoping for a repeat performance this year on New Year’s Eve 2019, which will once again be in aid of relevant local charities, they said:

“All help in making this event successful would be greatly appreciated by our group of volunteers.”

Registration will take place from 1:00pm to 3:30pm with refreshments served before takeoff at 4:00pm, the group notes.

Flashing lights on vehicles are not mandatory but are encouraged, while hi-viz clothing is also highly encouraged on the night.

The show-runners aim to illuminate the two highest points in north of Co. Kilkenny – namely Spa Hill, Johnstown, and Ballymartin overlooking Ballyragget, with convoys of lit-up tractors with flashing beacons.

Meanwhile, the lower ground around the perimeter of the two high points will be dazzled bright with a convoy of fully lit trucks.

More information and updates can be found on the event’s Facebook page.