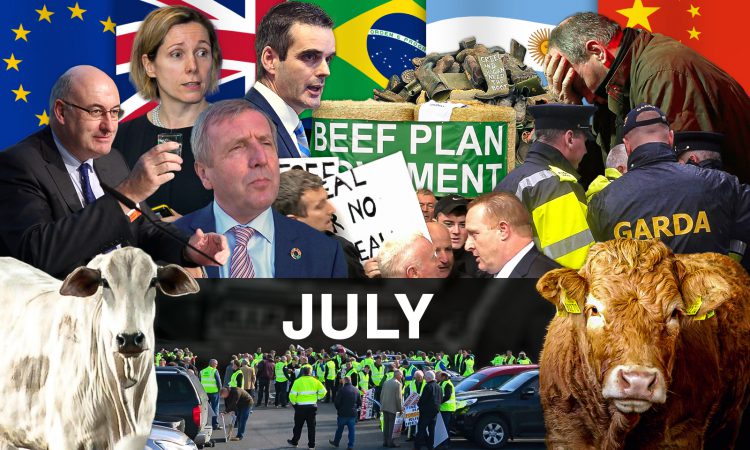 Just days after the EU-Mercosur bombshell, beef price hit another low – down 5c/kg.

All eyes, and boots, turned to Leinster House – this time under a new banner, Beef Plan Movement (BPM).

Thousands of farmers and rural dwellers descended on Kildare Street in a mass rally opposing the so-called “attack” on Ireland’s family-farm model – as outrage over the draft EU-Mercosur trade deal also loomed large.

The protesters piled hundreds of wellington boots at the gates of Dáil Eireann in a symbol of solidarity.

Their message: “No longer needed.” 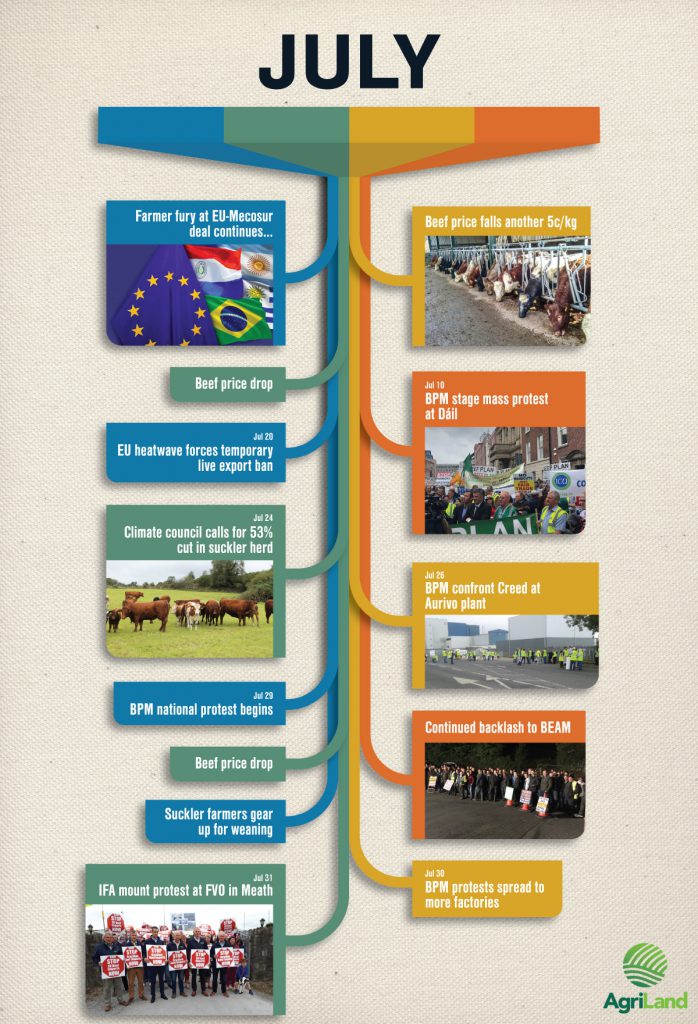 A damning CCAC report recommended that Ireland should reduce its bovine numbers – specifically its suckler cow herd – as part of the country’s duty to tackle carbon emissions.

BPM was on the move again. A protest was organised outside the Aurivo Dairy Ingredients plant in Ballaghaderreen, Co. Roscommon – where Minister Creed was due to open a new dryer facility.

However, before he arrived he was met with a whirlwind of fired-up and fed-up farmers – just a flavour of things to come…

BPM – with a then claimed membership of around 20,000 farmers – officially began its nationwide protest campaign at factory gates.

They came in their hundreds; they walked in circles; they expanded like the Irish dairy herd…

And the hits kept coming…

Throughout the month of July, farmer fears intensified as prices crumbled ahead of fast-approaching autumn weanling sales. 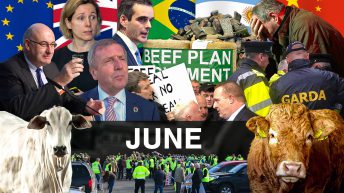