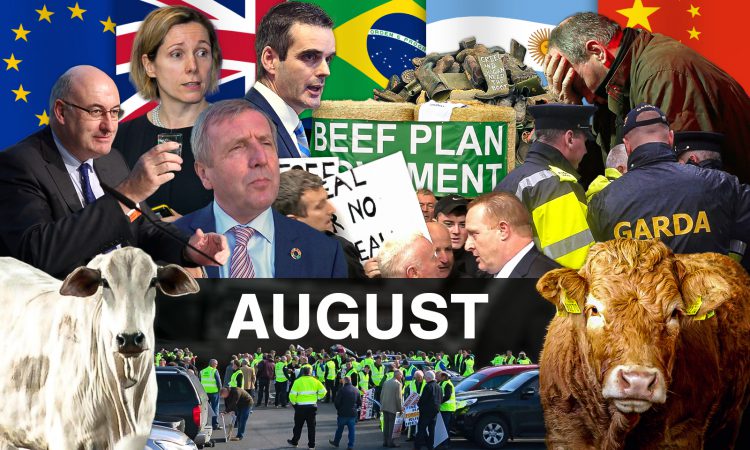 As the 24-hour protests stretched across the country, Beef Plan Movement (BPM) – armed with a list of demands – urged all farmers to follow its specific guidelines during demonstrations.

Local communities rowed in behind the cause, delivering trays of sandwiches and flasks of tea to boost morale.

But frustrations boiled over at some pickets, where the movement’s code was breached. Things got a little tricky; incidents occurred; the Gardaí intervened.

The tremors at the front-gates were felt in the quieter lairages.

To Minister Creed’s dismay, his invitation to enter into official dialogue with the movement – on the caveat that protests would be temporarily suspended – fell on deaf ears.

Factory workers were in the firing line – 150 workers were temporarily dismissed at Dawn Meats, in Grannagh, Co. Kilkenny.

In an extraordinary show of power, the factories laid down the law – the letter of the law that is…

With no side backing down, Creed continued to bang at the door.

A proposal aimed at breaking the ongoing deadlock between BPM and Meat Industry Ireland (MII) was tabled.

The movement’s leaders agreed to stand down the gates, so that talks could commence.

Some ‘rogue’ protests continued though – a move that irked factory bosses.

As far as farmers were concerned, the first round of the ‘beef talks’ concluded without any meaningful or definitive results following 12 hours of deliberations between all stakeholders: MII; farm lobbies; the department; Teagasc; and Bord Bia.

Beef price was not discussed.

They would meet again, soon.

The silence was deafening in the lairages as the weekly kill plummeted – one week in particular was down almost 50% on the previous seven days.

Key points to be addressed included: the 30-month rule; the 70-day residency rule; and the four-movement rule.

However, a new wave of protests – independent of any banner – emerged.

In the midst of the melee, Chinese officials came to town, as planned, to inspect meat plants – tonnage of beef exports to China amounted to just over 1,000t in August.

With warnings that plant disruptions during the visit could result in an “own goal” for protesters, all gates agreed to take a momentary time-out.

From high hopes to the High Court, injunctions restraining some more ‘exercised’ protesters were added to the mix – as the industry feared the loss of major contracts and reputational damage internationally.

Although farmers were aware of the industry risk, their livelihoods also remained on the line; and so, some continued to stand.

12 processor operations came to a halt.

While mayhem dominated the factory side of the beef house, a slight glimmer of optimism emerged at special weanling sales across the country.

In ways, another battle kicked off at the ringside as individual livestock exporters wrestled to secure bulls for various international contracts.

The situation resulted in better-than-expected prices for bulls – allowing some suckler farmers to breath a momentary sigh of relief.

But in the main, frustrations lingered… 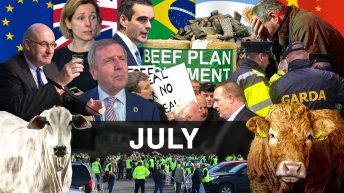