Which tractor brands were on top in Ireland…in 2019?

AgriLand has been busy delving through raw (registration) statistics to find out which tractor brands are poised to top the sales (registrations) league in the Republic of Ireland – in 2019.

Also Read: What was the best-selling individual tractor (model) in Ireland in 2019?

We’ve sifted through registration data up to mid-to-late December so, while not stretching to the very end of the calendar year, these figures should serve as a reasonably reliable ‘indicator’.

It must be stressed that this raw data does contain some anomalies. For example, some entries that are categorised as ‘agricultural tractors’ are not, in fact, agricultural tractors. We’ve sought to correct these where possible but, given the provisional nature of this data, these numbers should be treated as “indicative” rather than “definitive”.

The raw data initially suggests that 492 John Deere ‘agricultural tractors’ were registered during 2019. Upon closer examination – sifting through the data on a (tractor) model-by-model basis and stripping out wrongly-categorised vehicles – we arrive at a more modest (but still sizeable) figure of 417 new tractors.

However, this tally still includes a small number of what might best be described as ‘compact’ tractors – some of which are probably destined for landscaping or municipal work rather than farming or agricultural contracting.

Meanwhile, the raw data suggests that Massey Ferguson notched up 401 new ‘agricultural tractor’ registrations (from January up to mid-to-late December). 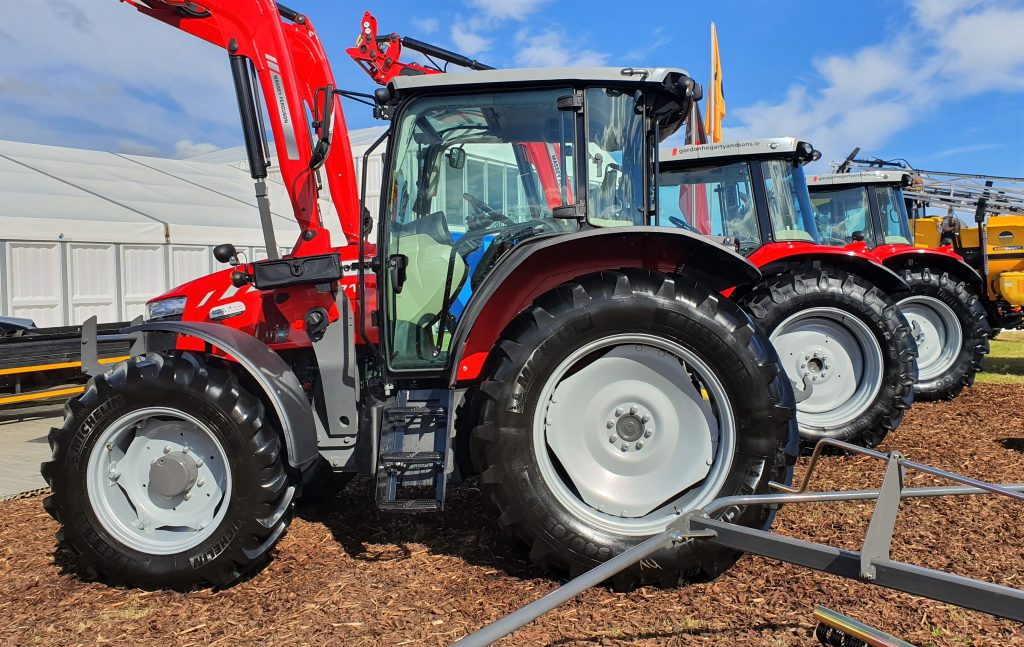 Sifting through the data on a (tractor) model-by-model basis confirmed this figure. Model designations encompassed by the registrations stretch from a 4707 up to a 7726 S.

Raw data pertaining to New Holland initially suggests that 346 of its new ‘agricultural tractors’ were registered (from January up to mid-to-late December). 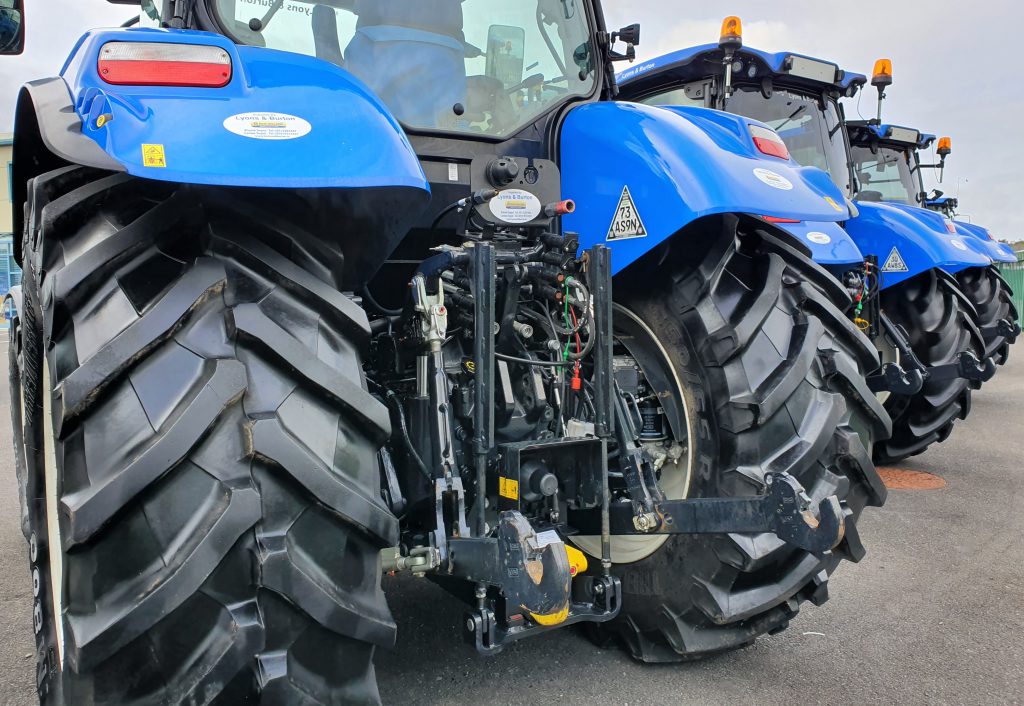 Sifting through this data on a (tractor) model-by-model basis resulted in a revised figure of 342 (having stripped out four vehicles that were clearly not tractors).

However, this figure (342) still includes two Boomer 50 ‘tractors’ – arguably non-agricultural machines. Stripping these out leaves a provisional figure of 340 ‘agricultural tractors’ – stretching from a T4.55S up to a T8.410.

Of course, one might argue that not all (New Holland) T4 Series tractors are necessarily destined for farming or agricultural contracting. Should some or all of these be stripped out too for the sake of consistency?

In any case, it appears (from this raw, provisional data) that the number of ‘agricultural tractor’ registrations for John Deere and Massey Ferguson are close. Given the likelihood of some anomalies in the underlying data, it’s difficult to speculate which will definitively emerge as the eventual market leader.

It appears that New Holland is not far behind.

Previous years have shown that these three brands (combined) account for a sizeable chunk of the Irish market – typically 60% or thereabouts of total new tractor registrations (sales).

As ever, stay tuned to AgriLand for ongoing updates as and when they emerge.

What was the best-selling individual tractor (model) in Ireland in 2019?

Farmers not responsible for fires ‘should be fully recompensed immediately’