Key moments in the Irish tillage sector in 2019

2019 saw an increase in the cereal area. It’s been an eventful year – an end to a beet revival, a straw price plummet, a difficult harvest and a worse autumn…it all happened in the Irish tillage sector.

Chlorothalonil was officially banned in 2019. The Standing Committee of Plants, Animals, Food and Feed endorsed the EU Commission’s proposal to ban the product on March 22.

The multi-site fungicide plays an essential role in the control of Septoria in wheat and ramularia on barley in this country.

Neonicotinoids also went out of use. Having been banned in 2018, this autumn saw winter cereals planted without Redigo Deter seed dressing for the first time. However, as the autumn proved difficult weather wise, it played out the loss of Redigo Deter did not have as much of an effect on this season’s crops as farmers faced bigger challenges from the weather.

It will take a more usual autumn to see the real effect.

In September 2018, Boortmalt released a fixed base price of €230/t on up to 20% of growers’ barley contracts. This followed the drought of 2018 and in some way gave an idea of the area set to be sown.

However, in the spring time farmers kicked up as the deal on the table with the Irish Farmers’ Association (IFA) was not to their satisfaction. A series of long weeks of meetings and negotiations took place, at the end of which a second fixed price was announced – €195/t.

The remainder of growers’ contracts which had not been fixed were based on the Free-On-Board (FOB) Creil price – a French malting barley price.

The average FOB Creil price was calculated from the final price every Wednesday from the middle of April to the middle of September. This average finished at €174/t.

Anyone who took full advantage of the fixed prices was paid a final price of €189.40/t, while €10/t was added on for distilling grade barley.

Beet Ireland postpones the regeneration of the beet industry in Ireland

June saw the attempt to revive the beet industry in Ireland ‘postponed’. Despite the fact that Beet Ireland had secured a site for the new plant, the number of farmers needed to commit to the industry looked to be its major hurdle.

Harvest a struggle in the end

The cereal harvest became difficult for many; a short window allowed work to be done, but many farmers struggled on into the autumn with some crops.

Unhappy with the grain prices announced by Glanbia on September 24, the IFA took to the gates of the company’s premises in Portlaoise and Clonroche.

The company also stated that it would “explore the potential to develop a market-based review mechanism” and that “it will seek to build on Glanbia’s recognised capabilities in volatility management schemes”.

From the highs of last year, when prices ranged from approximately €20/bale (4X4) to €35/bale, straw became hard to move this harvest.

High straw yields and poor beef prices no doubt played a roll in the drop. Many farmers opted to chop as they weighed up the costs of handling and the value of straw to the soil. 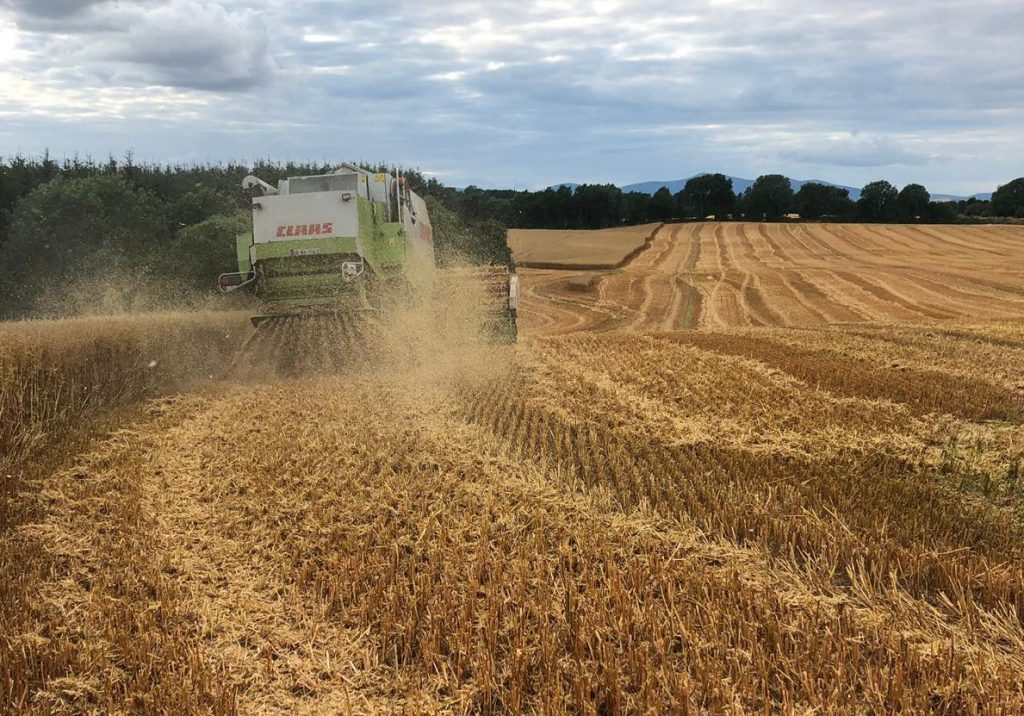 Mix up in figures

The mix up in cereal area figures this year was disappointing. The Central Statistics Office (CSO) reported a decrease in the area planted to cereals of 6.4% from 2018 (261,600ha) to 2019.

However, upon correction, the figure was actually higher at 266,700ha – an increase of 2%. AgriLand revealed the mix up on November 14 and a correction was released on December 6.

The sunshine of the National Ploughing Championships saw the last few days of good weather. Following this, rainfall levels prevented and delayed much of the winter sowing campaign.

As time went on farmers began to realise that planting wasn’t just delayed, but it wouldn’t be done. As a result, approximately 50% of the area sown to winter cereals in 2018 (139,400ha) was sown in the autumn of 2019.

As farmers struggled to plant, potato farmers also struggled to dig and a small percentage of potatoes remain in the ground.

Despite the fact that there was no drought or fodder crisis in 2019, the level of imported maize into this country looks to be increasing.

By October, almost 1.3 million tonnes of maize had been imported into this country. That’s approximately 10,000t ahead of the same time in 2018.

A taste seems to have developed for the product.

CSO correction: How have the crop areas changed?