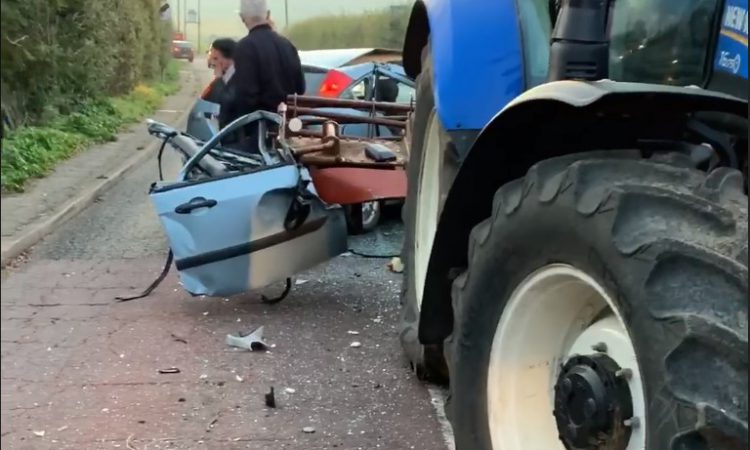 Substantial damage was caused to a vehicle following a collision with a tractor towing what appears to be a power harrow in the UK in recent days.

Footage of the incident was posted onto social media yesterday, Wednesday, October 30, by a witness, whose own van also sustained minor damage to a wing mirror.

The collision is believed to have occurred in Eaton Bray, in Bedfordshire, England.

In the video posted online, the immediate aftermath of the collision is recorded, showing extensive damage done to a Ford Focus car.

The car’s entire right-hand side was ripped open, with the driver’s door shown hanging from the farm implement after the impact.

Fortunately, it would appear that no one was injured in the crash, with the damage limited to the vehicles involved.

In the video, the recording witness can be heard saying: “I thought you were going to run into her again when you reversed,” to which one of the drivers replied: “I wasn’t.”

The people present can then be heard agreeing to call the fire brigade and the police in the video.

Debris from the incident can be seen across the road, with a gate also knocked down in the process.