Members of An Garda Síochána have issued a statement reiterating the rules and regulations that gun holders must comply with.

Gardaí in Co. Meath took to social media to remind gun holders – which include a substantial proportion of the farming community and rural dwellers – of their responsibilities under their licences.

In the statement, Gardaí provided information on the topic of the storage of ammunition at home and while out hunting.

This, according to Gardaí, is to comply with the European Communities (Acquisition and Possession Of Weapons And Ammunition) (Amendment) Regulations 2019. 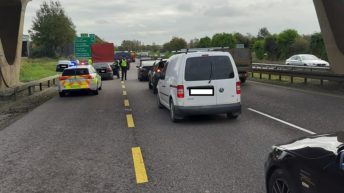