When Lemken entered a “strategic partnership” with a chassis manufacturer back in 2017, it kick-started the company’s development of a self-propelled sprayer.

Known as the ‘Nova’, it is believed that the new machine will be available from mid-2020.

AgriLand actually spotted a ‘test chassis’ at the company’s headquarters some months ago. It can be seen (albeit in the distance) in this picture (below).

“Particular attention” has been paid to the cab. The Nova will be available with an optional Category 4 (three-stage) air filtration system, which creates permanent positive pressure inside – to prevent any fumes from entering.

The chassis will have telescopic axles – with track widths from 1.8m to 2.3m. Independent, hydro-pneumatic wheel suspension will apparently deliver a “particularly smooth ride”, while also keeping the boom “in balance on rough terrain”.

Out to either side, Adaptive Balancing Control (ABC) will keep the aluminium boom “in an optimum position” – maintaining the correct distance to the target surface.

In related news, Lemken recently announced that it will offer fertiliser spreaders built by Sulky (headquartered in France) in its own, blue design.

Also Read: Lemken to sell Sulky spreaders in its own colours

The (fertiliser spreader) line-up comprises three series with a total of five models; Lemken’s distributors/dealers will sell these in Germany, Austria, Switzerland, the Benelux countries, Poland, the UK and – of most relevance to us – Ireland. 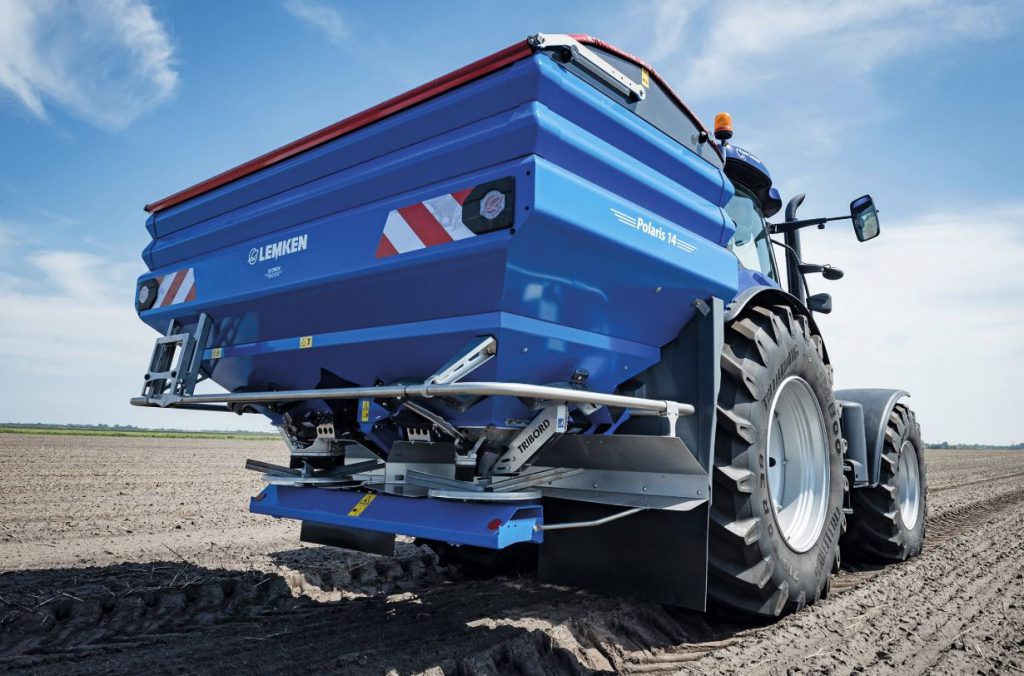 Both companies say that they are “aiming for a strong partnership”. Sulky, like Lemken, is a family-owned business.

Video: Running a 'double-edged' hedge-cutting convoy in the south-west