Irish biofuel obligation has risen by 5% in 4 years 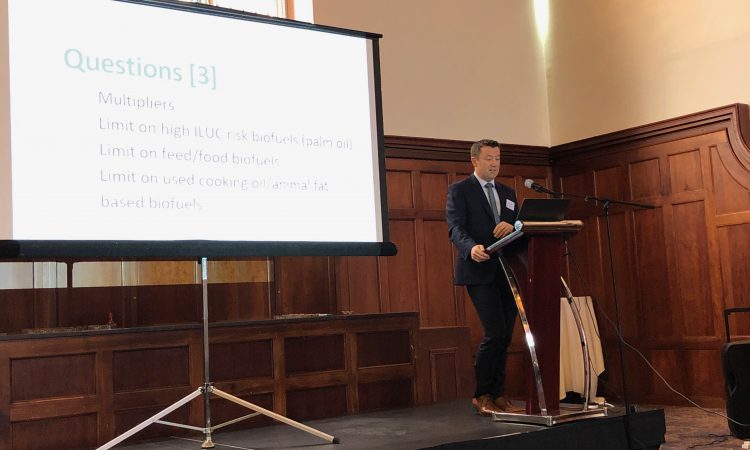 It has been outlined at a recent conference that as part of the Biofuel Obligation Scheme (BOS), the current obligation is set at 10% having risen from 8% at the start of 2019.

Speaking at the ‘Bioenergy for Climate Action in Transport’ conference, Kevin Brady, principal officer, Heat and Transport Energy Policy Division at the Department of Communications, Climate Action and the Environment, outlined at the start of 2017 that “this figure moved from 6% to 8%”.

According to nora.ie, the BOS scheme places an obligation on suppliers of mineral oil to ensure that 11.111% – in volume – of the diesel and petrol they place on the market in Ireland is produced from renewable sources, such as ethanol and biodiesel.

The Climate Action Plan sets out that we’re going to increase the biofuel blend to 10% in petrol and 12% in diesel by 2030.

The conference – titled ‘Bioenergy for Climate Action in Transport’ – was hosted by the Irish Bioenergy Association (IrBEA) in conjunction with Ethanol Europe.

Brady acknowledged: “There has been a significant increase by Minister Richard Bruton in terms of setting out how much biofuel must be included in the fuel.”

According to the IrBEA’s CEO, Sean Finan, the objective of yesterday’s conference was: “To create and start real debate around transport, climate action and energy.” Finan added: “This is something IrBEA feels has been missing in terms of the discussions taking place around climate action.” 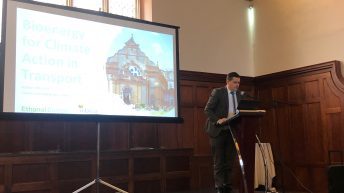 Bioenergy: ‘The next decade cannot be a missed opportunity’