The UK’s approach in its negotiations with the EU, “which seeks to rewrite the rules when it comes to Northern Ireland and threaten the all-Ireland dairy economy”, has been criticised by Alo Duffy.

Duffy – who is chair of the Brexit Task Force of the European farmers and cooperatives organisation, Copa Cogeca, as well as a board director of the Irish Cooperative Organisation Society (ICOS) – was commenting earlier today, Wednesday, May 6.

Speaking in advance of a meeting this afternoon of the taskforce, together with the European Commission and UK Mission to the EU, Duffy said:

The EU-UK negotiations are on a very tight timeline, with just eight months left before the end of the transition period. However, we have been following the progress with growing concern.

“Not only does it seem as if the EU and the UK are poles apart with regard to key issues on their future relationship, but we also see the UK continue to deny and backtrack on its commitment under the binding withdrawal agreement, agreed just three months ago, in terms of implementing the Irish protocols.”

Duffy highlighted that, under the terms of the withdrawal agreement, Northern Ireland will remain inside the EU’s single market for goods and will need to comply with the relevant EU rules.

This, he said, will mean a new type of border is necessary in the Irish sea with checks and duties required on certain goods.

“The UK government has been loath to acknowledge this, with consequences for the entire negotiations,” the chairman warned.

By ignoring the crucial details of the Irish protocols, which are critical for maintaining the integrity of the EU single market, but also for the continuation of our all-Ireland dairy economy, the UK has lost trust with the EU.

“At the same time, they are asking for trust and flexibility when it comes to arrangements on key issues such as SPS [sanitary and phytosanitary] rules – as well as on rules of origin in the ongoing trade negotiations,” he noted.

“This afternoon, we will be pressing the UK for an update on the procedure that is being considered to manage trade into Northern Ireland in future, as well as on its approach to issues such as regulatory alignment in the agri-food sector.

For us there is no question that the final agreement must ensure that veterinary controls and production composition remain aligned and strict rules of origin are enforced.

“For our perspective these elements are critical in order to maintain our integrated supply chains with the UK,” Duffy concluded. 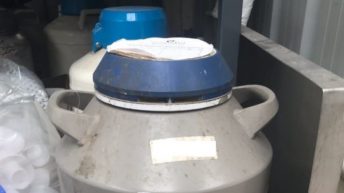 Gardaí investigate theft of liquid nitrogen and machinery from farmyard