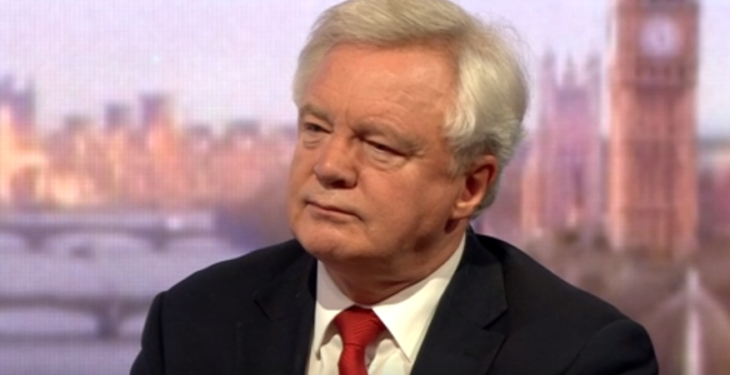 It has been confirmed that the UK’s Secretary of State for Exiting the European Union, David Davis, has decided to resign with “immediate effect“.

In his resignation letter sent to Prime Minister Theresa May, Davis outlined that there has been a “significant number of occasions” in recent months when he has disagreed with certain policy lines.

Continuing, Davis stated that he persevered because he thought that it was “still possible to deliver on the mandate of the referendum” as well as on the manifesto commitment to “leave the Customs Union and the Single Market”.

“I am afraid that I think the current trend of policy and tactics is making that look less and less likely,” Davis said in his letter.

He is of the opinion that the general direction of policy at the moment will leave the UK in “a weak negotiating position, and possible an inescapable one”.

In my view, the inevitable consequence of the proposed policies will be to make the supposed control by Parliament illusory rather than real.

“As I said at Cabinet, the ‘common rule book’ policy hands control of large swathes of our economy to the EU and is certainly not returning control of our laws in any real sense.

“I am also unpersuaded that our negotiating approach will not just lead to further demands for concessions,” the resignation letter added.

Meanwhile, Prime Minister May accepted the resignation letter from the Brexit secretary with the UK scheduled to leave the EU on March 29, 2019.

She stated that how the Government intends to deliver on the result of the referendum and the commitments made in the manifesto for the 2017 general election was set out at Chequers on Friday.

“Yesterday the Cabinet agreed our Brexit #DealForBritain. Here are 12 key principles that we will use in our EU negotiations as we continue along the road to Brexit.” – PM @Theresa_May pic.twitter.com/6GuAT5dKwL

The Prime Minister disagreed with Davis’ views on the policy agreed at Cabinet on Friday, stating that: “Parliament will decide whether or not to back the deal the Government negotiates, but that deal will undoubtedly mean the returning of powers from Brussels to the UK.

“The direct effect of EU law will end when we leave the EU. Where the UK chooses to apply a common rulebook, each rule will have to be agreed by Parliament.

“Choosing not to sign up to certain rules would lead to consequences for market access, security co-operation or the frictionless border, but that decision will rest with our sovereign Parliament – which will have a lock on whether to incorporate those rules into the UK legal order.”

Davis’ decision to resign has left the UK Government open to significant criticism.

This UK Government is in utter chaos and ebbing authority by the day; what a shambles.

Meanwhile, Carwyn Jones – the First Minister of Wales – said: “The resignation of David Davis shows that the UK Government is in complete disarray over Brexit and action urgently needs to be taken to resolve this chaos – businesses need certainty and the country needs leadership and direction.” 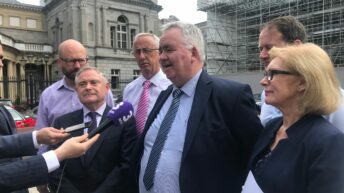 Labour’s agri spokesperson will not contest next election