Several tractors have arrived in Dublin city centre, around the areas of Merrion Square, St. Stephen’s Green and Leinster House, for a planned protest there today, Wednesday, January 15.

Tractors began gathering in various parts of the country this morning in preparation for the journey to Dublin, with trailers, 4X4s and machinery of all sorts also making the trip.

The tractor protest is being organised by a number of individual farmers. It is understood that it is not being formally supported or organised by any of the main farming organisations. 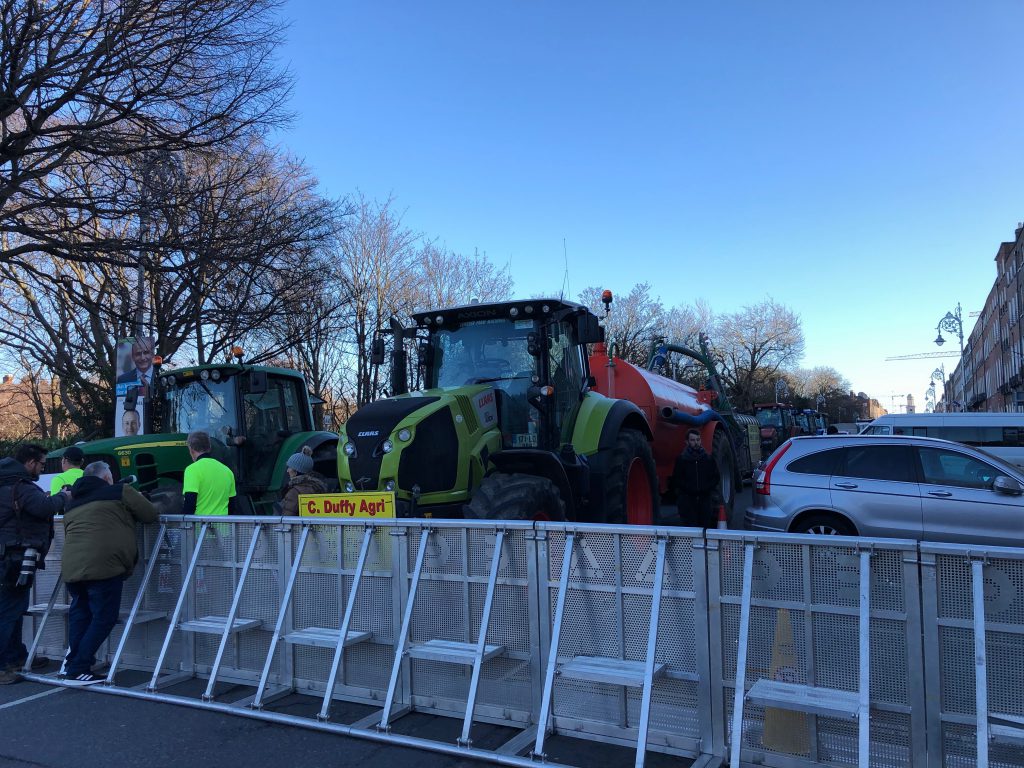 In a statement last night, a Garda spokesperson said: “A large-scale protest by members of the farming sector is expected to take place in Dublin city on Wednesday, January 15, with around 400 tractors expected to converge on the city centre from all around Ireland from early afternoon.” 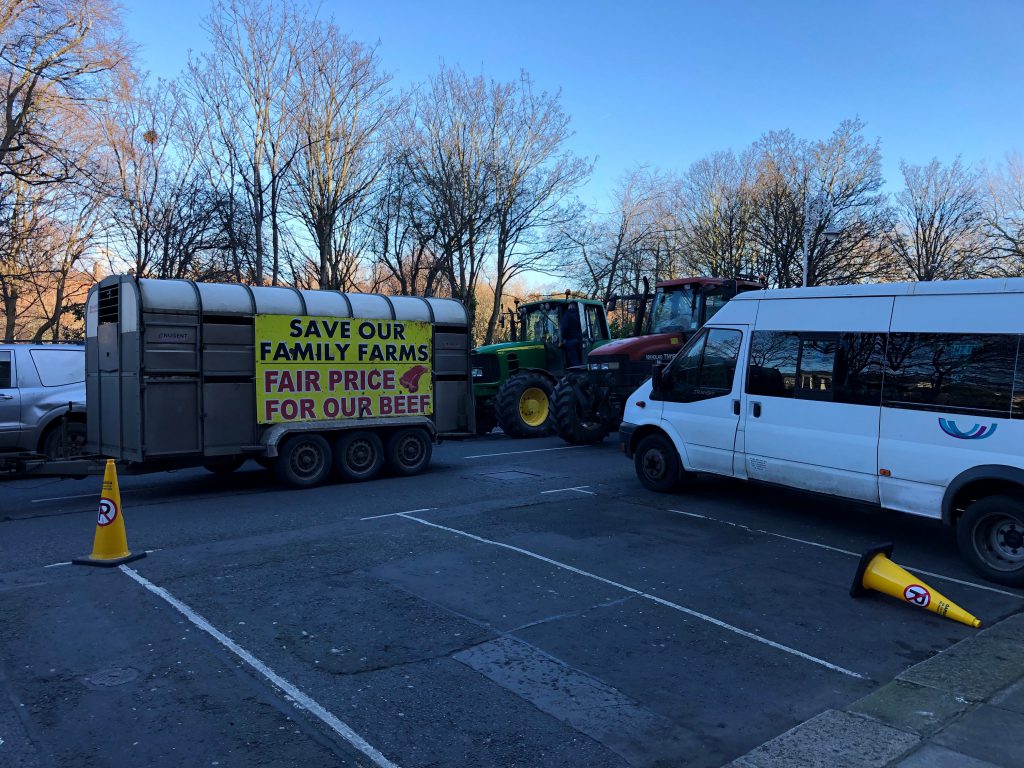 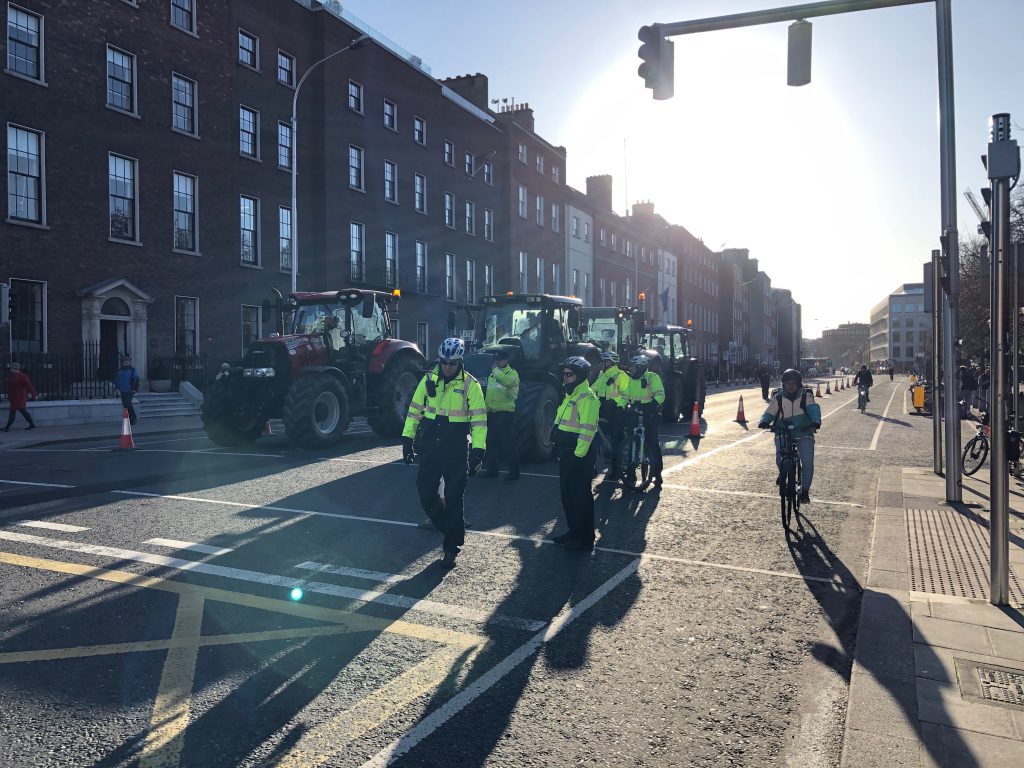 Following a meeting in Tullamore, Co. Offaly, on Sunday, January 5, the decision was taken by the group to organise a second demonstration “unless there is a considerable upturn in fortunes for beef farmers”.