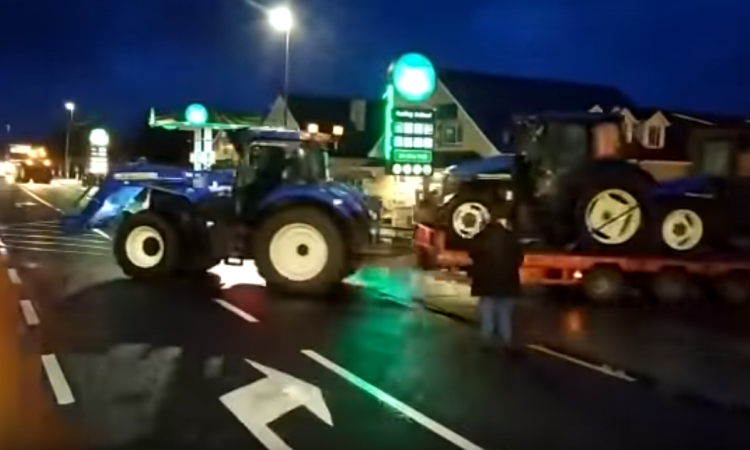 Farmer protesters will return to the streets of Dublin to demonstrate against current conditions in the Irish beef sector next week – unless “significant results” emerge from the meeting of the Beef Market Taskforce this Thursday, January 9, according to organisers of the recent tractor protest last November.

Following a meeting in Tullamore, Co. Offaly, last night, Sunday, January 5, the decision was taken by the grouping to organise a second demonstration unless there is a considerable upturn in fortunes for beef farmers.

In a statement to AgriLand, a spokesperson for the organisers said:

“The Individual Farmers of Ireland is due to return to the streets of the capital on January 15 to express its dissatisfaction of progress on a submission that was handed to Minister [for Agriculture, Food and the Marine] Michael Creed on November 27, in the Department of Agriculture, Kildare St. and lack of progress on the beef taskforce to date.

Rural Ireland is not being listened to and we will continue to fight until we get satisfactory results.

The group of farmers noted that it was originally established to address the concerns of rural Ireland and “sought to question the current demise of all sectors of the rural economy”.

On this, the group representative said: “The future uncertainty facing family farms and the industries that depend on the agricultural economy presents a major crisis in the rural economy.”

If this is not addressed, it was noted, this crisis will “see the closure and destruction of rural communities, small rural towns and villages and along with all aspects associated with it”, the spokesperson’s statement said, including entities such as local shops, post offices, hospital services and GAA clubs.

The group also took issue with the manner in which climate action is being taken, noting:

“The battle against climate change cannot be won by mass afforestation and huge commercial feedlots or factory farms.

The targeting of contractors and farmers with carbon tax – with no corresponding attack on the aviation industry which has tax-free fuel – is unfair and unjust on the farming community.

“No plan has been put in place to pay farmers for the sequestering of carbon emissions which their grasslands and boglands do freely and act as carbon sinks,” the group noted.

Outlining its objectives, the organising group highlighted the urgent need for plans to sustain family farming “in the long run at EU, Government and industry levels”.

This, the organisers say, must “ensure that family farms can make a living wage from their enterprise and allows them to continue to make the necessary changes to protect the environment and rural communities at the same time”.

Beef and suckler farmers need a margin of profit above the cost of production to continue in the industry.

The group also called for a reform of state agencies including Teagasc and Bord Bia to “encourage and sustain a future in agriculture”.

“These agencies need to work in tandem with the farmers to improve sustainable farming in Ireland. A change in EU competition law needs to be addressed to protect small single traders from huge commercial enterprises.

“It is imperative that all members of the rural community support this demonstration in order to preserve the economic and social aspects of rural life for themselves and future generations,” the group representative’s statement concluded. 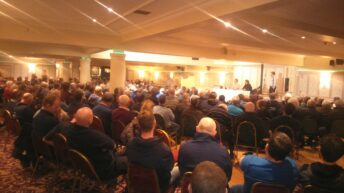