Farmers in attendance at the Irish Farmers’ Association’s (IFA’s) North Tipperary annual general meeting were told by the organisation’s president-elect Tim Cullinan that he is currently in the process of directly meeting the owners of Irish beef-processing facilities.

Speaking at the meeting which took place last night, Tuesday, January 14, at the Abbey Court Hotel, Nenagh, Cullinan explained: “I am meeting directly with the factory owners, I think that’s the only way to do business.”

He added: “We have had one of those meetings already.

I also want to meet with the CEO’s of the retailers because I want to get a picture of where the industry is at.

Commenting on the formation of splinter groups from the IFA, Cullinan said: “Maybe we didn’t listen enough in the past.”

The incoming IFA president added: “If certain things had been done, there wouldn’t be other groups out there.

I firmly believe that a number of farmers, particularly beef finishers, weren’t being listened to.

Cullinan told attendees at the meeting in Nenagh that he “will be bringing proposals to the council in IFA to deal with that going forward”.

He added: “I want to bring the chairs of the beef-finisher and suckler-drystock farmers onto the board along with dairy and other chairs.”

Currently, the board is made up of the four regional chairs, the president, deputy president and the treasurer.

“If the livestock chair was sitting on the board of the association, maybe we wouldn’t have ended up where we ended up last summer,” Cullinan said. 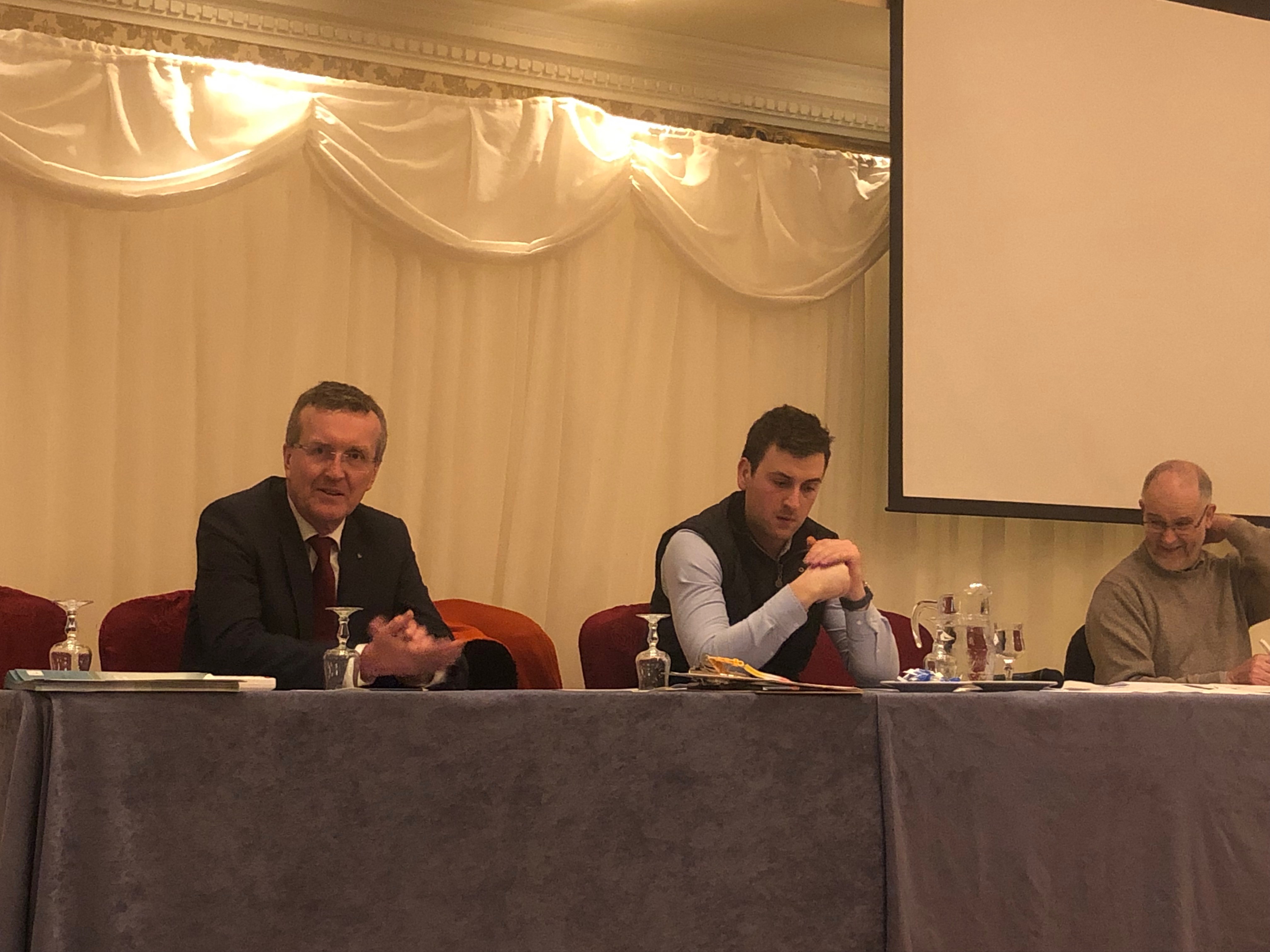 Commenting on Brexit, Cullinan stressed: “There has to be a trade deal”.

He concluded: “If there’s not a trade deal, and if we can’t export our dairy and our beef products out of the country, then we have a serious problem.”