Tractor and trailer with 11t of potatoes overturn on roadside 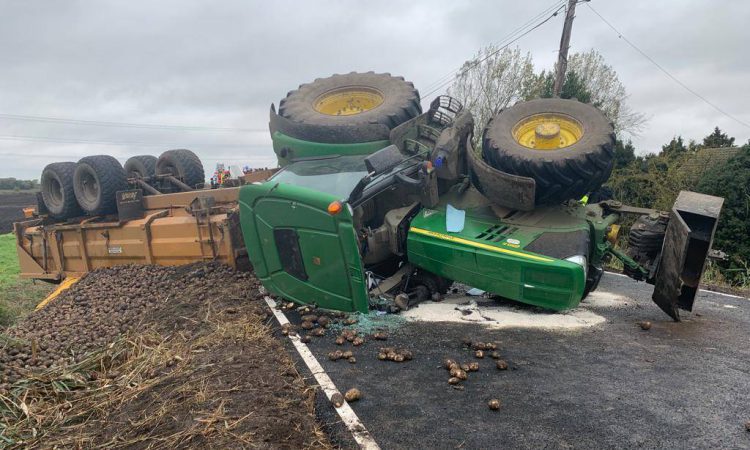 Emergency services were called to the scene of a road incident where a tractor and trailer carrying 11t of potatoes overturned in the UK over the weekend.

The incident took place on Friday, November 1, in the Littleport area of Cambridgeshire, England, on the edge of the A1101 road.

The unit was transporting a large quantity of potatoes at the time, which spilled across the road and surrounding area when the trailer flipped over.

On scene of a smash on the A1101 Mildenhall road, Littleport. @cambsfrs @EastEnglandAmb @roadpoliceBCH all on scene. Thankfully the driver only has minor injuries. Road will be closed for sometime for the clean up. #RCAT #spuds pic.twitter.com/FbebI5NiZr

The team added that the road was closed for some time to allow for a clean-up operation.

According to the Bedfordshire, Cambridge and Hertfordshire Road Policing Unit, the tractor in question had to swerve for an oncoming vehicle and “fishtailed into the ditch”.

Motorists are warned the road will remain closed “whilst 11t of potatoes are cleared up”, the road policing unit added. 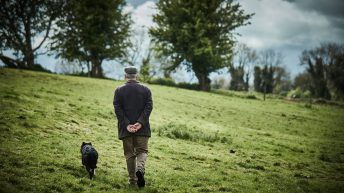