A John Deere tractor and a silage trailer have rolled into the Royal Canal on the outskirts of Keenagh, Co. Longford.

It is understood nobody was injured and the incident happened today, Friday, June 21.

Locals explained that the contractor was working in the area, lifting pit-silage and the tractor was returning to the field for another load of grass when the incident occurred. 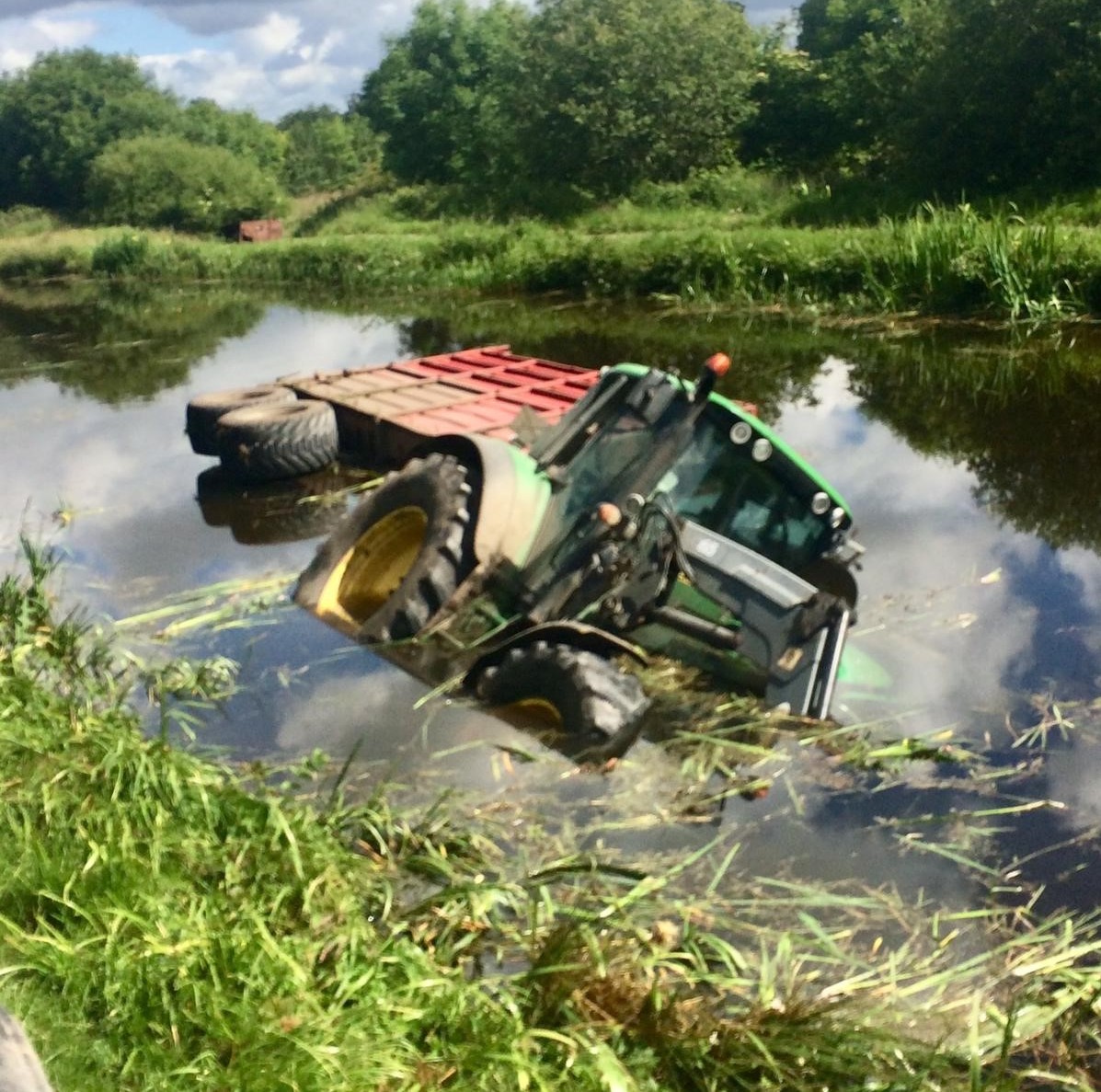 The roadway along the canal was described as not wide enough to allow two vehicles to pass.

The canal, which is a big tourist attraction, runs from Longford to Dublin and was originally built as a transport route for bringing goods to and from Dublin.

It is understood that excavators are currently at the scene and work is underway to remove the ‘plant’ from the canal.

The canal is managed by Waterways Ireland; however, while it is very scenic sometimes it can prove to be a danger.

Most of the canal has no barrier along its banks and, therefore, can prove to be a hazard when driving alongside it – especially when operating heavy machinery in its vicinity.

Video: 'We didn’t want an expensive machine; that’s why we went this road'