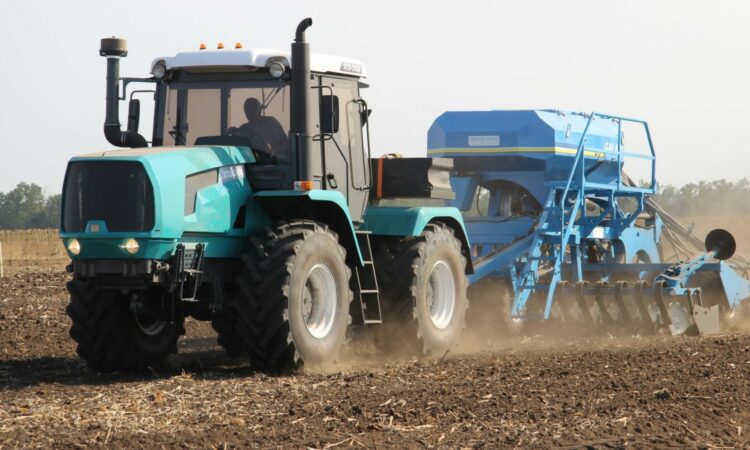 This unusual-looking tractor (pictured above) is the XT3-243K; it’s produced by Ukrainian company XTZ.

The XT3-243K is XTZ’s latest and newest flagship wheeled tractor. It churns out 250hp – courtesy of a 6.67L, six-cylinder (common-rail) engine. That motor is coupled to a 12F 4R gearbox.

Maximum hydraulic flow is 100L/min. The tractor weighs about 8.5t.

Interestingly, Ukrainian farmers can avail of a 25% ‘return on its purchase price’ – funded by the state.

That’s thanks to a Government measure, whereby an ‘incentive’ has been put in place to assist the purchase of domestically-produced machinery.

Farmers apply for the scheme through the state bank; the so-called Ministry of Agrarian Policy stumps up the 25% refund thereafter.

The XT3-243K, along with other XTZ tractors, is manufactured in the Kharkiv Tractor Plant.

It was founded way back in 1930. Since then, the company claims to have built more than 2,500,000 tractors – for agricultural and industrial applications.

It has even built “lightly-armored, multi-purpose” tracked tractors, for what it describes as “conditions that are extreme and unfavorable for humans”.

Over the years, the plant has built tractors and industrial equipment not only for the former Soviet Union, but also for countries elsewhere in Europe and Asia. Its products have even been spotted in Africa.

Machines coming off the line are, in some instances, somewhat unusual by our standards. This tracked tractor (pictured below), for example, has a distinctly utilitarian look. 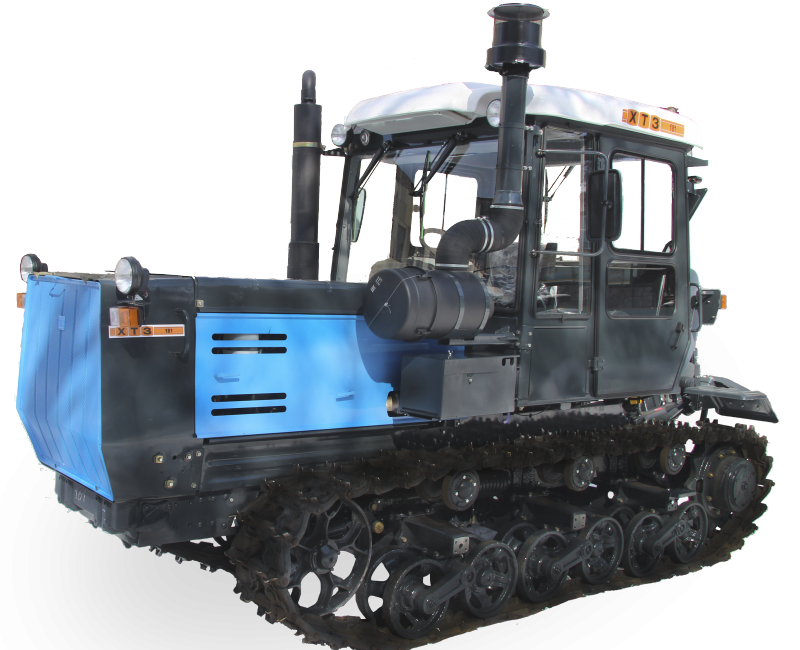 It’s home to a 14.86L, eight-cylinder engine, with a rated output of just 190hp. One imagines that considerably more muscle could be extracted from such a capacious block! 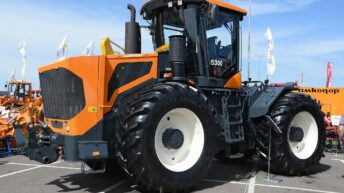