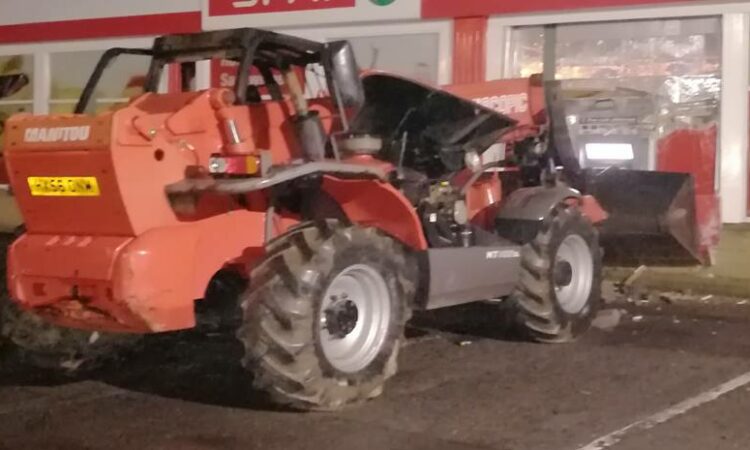 A telescopic handler was used by criminals in an effort to steal an ATM machine from a premises in Co. Tyrone over the weekend.

Detectives are investigating following the attempted ATM theft in Omagh during the early hours of yesterday morning (Sunday 6 January), the Police Service of Northern Ireland (PSNI) has confirmed.

Commenting on the incident, Detective Sergeant Robinson said: “Thieves used a piece of plant machinery in a bid to remove the ‘built-in’ cash machine from a shop on Old Mountfield Road at around 4:00am.

“We believe the piece of machinery was stolen from a building site a short distance away, and was set on fire immediately after the incident.

I am keen to trace the movements of a dark-coloured Volkswagen Passat which headed towards Cookstown, and I would appeal to anyone who believes they may have seen this vehicle around this time, or prior to when the incident was reported, to call us.

“I would also appeal to anyone who was in the area around this time and saw any suspicious activity, or anyone who has information about this crime to call detectives in Omagh CID by calling 101, quoting reference 243 of 06/01/19,” the sergeant added.

Information can also be provided to the independent charity Crimestoppers on: 0800-555-111, which is 100% anonymous, according to the PSNI. 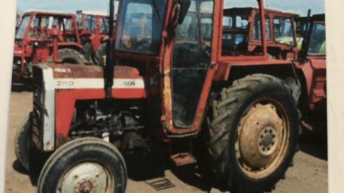