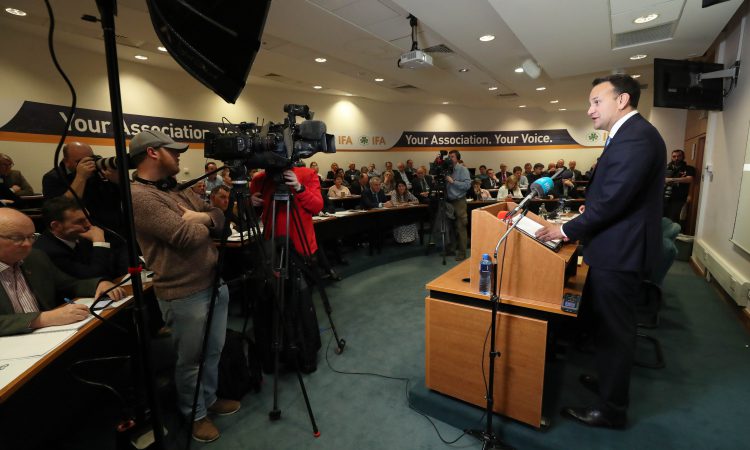 Taoiseach Leo Varadkar addressed the annual general meeting (AGM) of the Irish Farmers’ Association (IFA) today, Tuesday, January 28, where he was questioned on a range of issues.

After giving a speech, the Taoiseach took questions from the floor and addressed several topics, including herd size reductions; environmental schemes; beef income support schemes; and the role of methane in climate change.

On herd reduction, the Taoiseach confirmed: “It’s not our policy to reduce the size of the national herd.

But if we’re saying we’re not going to reduce the herd, then we have to do everything else.

He added that, should he find himself in coalition talks with the Green Party, he would make this clear, but warned that forming coalition governments requires “compromise”.

On the issue of methane’s role in climate change, and the debate over how accurate the received wisdom around methane is, the Taoiseach commented: “I have read the argument that methane should be treated differently, but I’ve also heard counter-arguments that methane is worse.

“But fundamentally, we should be guided by the science. If science changes with new information, then you have to change your policy accordingly to it,” he argued.

“You can’t just say: ‘We know the science has been updated, we know that the facts have changed, but we’re not going to change our policy.’ You wouldn’t apply that logic to any other form of policy making.”

In terms of reducing emissions and improving biodiversity, the Taoiseach said he would favour a scheme similar to the Rural Environment Protection Scheme (REPS).

“I know from talking to farmers, the REPS seems to have been a lot more popular than GLAS [Green, Low-Carbon Agri-Environment Scheme]. So perhaps a new scheme that looks a bit like that would be a good thing to have,” he said, to loud applause from the IFA members present.

The Taoiseach also told the AGM that, if he got back into government, he would seek another beef income support scheme from the European Commission.

“What I will commit to doing, if I’m forming the next government, when I’m having my first round of meetings with the commission, I’ll see if we can have another scheme,” he said.

The Taoiseach added: “I don’t want to promise something I may not necessarily be able to deliver, but that is one of the things I would do if I’m elected – to speak with the agriculture commissioner to see if we can have a second scheme to support incomes for beef farmers.” 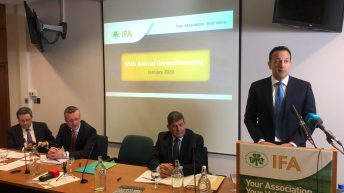