‘Methane is different from other GHGs’ – climate council chair 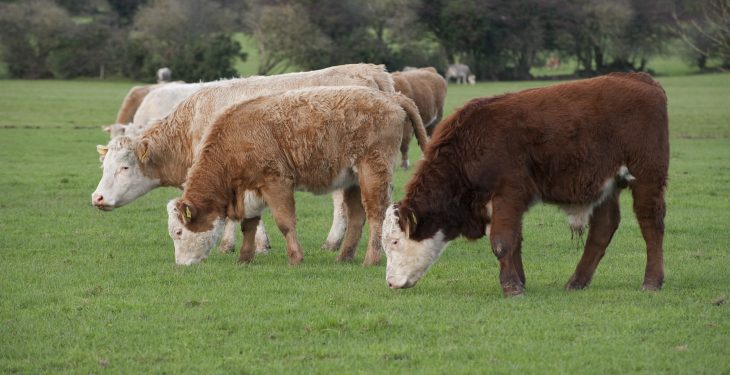 The way methane is treated and measured in climate change science is “probably not appropriate”, according to the chairperson of the Climate Change Advisory Council (CCAC).

Prof. John Fitzgerald was speaking yesterday, Tuesday, January 21, at an event in Dublin titled ‘Climate Change in Agriculture: A balanced Approach’, which was organised by the Irish Farmers’ Association (IFA).

During a panel discussion, Dr. Fitzgerald acknowledged that methane had a different role as a greenhouse gas (GHG) compared to carbon dioxide, and that there were ways of dealing with it aside from simply herd reduction.

When I took on this job [Climate Change Advisory Council chair] in 2015, I thought it was my job to say to you the farming community that you had to get rid of all your cattle. Then I learned that methane is different, and I learned that there may be ways of dealing with methane.

“How we treat methane, probably, from a scientific point of view, is not appropriate, and if we use that metric, and we want to be carbon neutral by 2050, then we would have to get rid of all our cows,” the Trinity College economics professor added.

He continued: “For that reason, it would be right to have a change in the way Europe and the world measures [methane].”

However, Prof. Fitzgerald retained the view that herd size would have to be reduced to some degree to meet climate targets.

He cited the example of New Zealand, where “you have a target, which would involve a substantial reduction in emissions, and probably a reduction in herd size”.

“For 2030, we’ve set a target, and the target for agriculture is much easier to meet then in the transport [sector]… Reducing cattle numbers would be part of the solution,” Prof. Fitzgerald claimed.

He was joined on the panel by Dr. Frank Mitloehner, a German US-based specialist on air quality, who outlined why methane should be “decoupled” from other GHGs.

This is because, as Dr. Mitloehner explained, methane in the atmosphere goes through a ‘recycling process’, whereby it is converted into carbon dioxide, which is absorbed by grasslands and other plants, digested by ruminant livestock, and converted back into methane before re-entering the atmosphere. This process then repeats.

Dr. Mitloehner argued against the need for a reduction in herd sizes, and claimed that technologies such as food additives for livestock could cut emissions without resorting to cutting livestock numbers.

However, he also argued that moving in the opposite direction of increasing numbers was also not the way to go.

“I would not say methane is not an important [GHG]. It is. If you increase the emissions from methane over a few years, you will induce [a heating effect],” Dr. Mitloehner argued.

“I would not, if I were you, go in the direction of increasing numbers. I would keep them constant and I would use smart technologies,” he remarked. 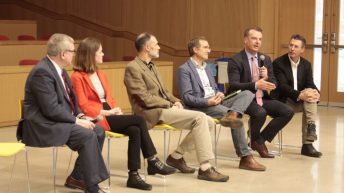