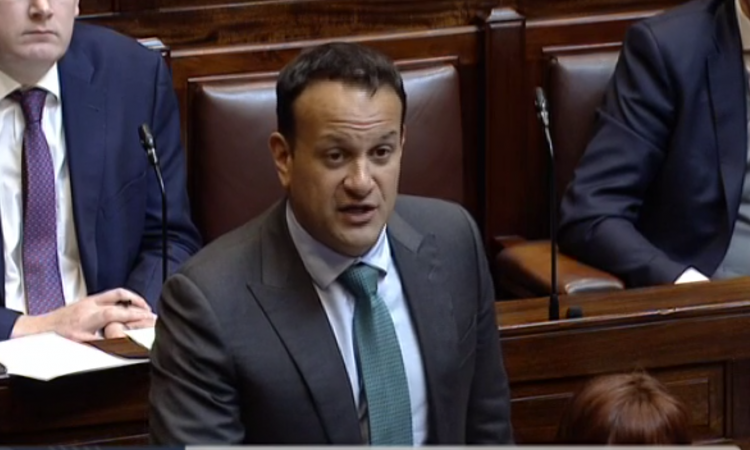 Taoiseach Leo Varadkar has appeared to cast doubt on whether or not a possible EU trade deal with the Mercosur trading bloc would require a Dáil vote.

Speaking in the Dáil today, Wednesday, June 26, the Taoiseach explained that if the trade deal is classified as an “exclusive EU competence” then it would not require member state approval to go ahead.

He said that this was unless it was a ‘mixed deal’, in which case member states would have a say.

Under European law, the EU has either ‘exclusive competence’ or ‘shared competence’ to conclude international agreements. In the former case, member states don’t have an individual say in the matter. In the latter case, also known as ‘mixed agreements’, the member states would have a say on a deal.

“On the particular issue of trade deals being ratified, my understanding is that any trade deal is an exclusive EU competence, and therefore wouldn’t require ratification in the Dáil, unless it’s a mixed deal,” the Taoiseach said.

He added that he would seek clarification on that point.

The Taoiseach was responding to questions from Sinn Féin TD Martin Kenny, as well as Fianna Fàil TDs Jackie Cahill and Charlie McConalogue.

Kenny asked the Taoiseach to give a commitment that the Government would reject a deal if it included provisions to increase the tariff quota of beef from the South American trading bloc.

The Taoiseach stopped short of giving that commitment, but said: “We do have a lot of concerns around a very sensitive sector and that is a beef sector.

“I’m very aware of the extent to which beef farmers, and the wider beef industry, are under a lot of pressure at the moment, whether it’s due to low price, or competition from other countries, or climate,” he added.

However, he added that, in assessing a trade deal, “we have to consider what is best for the country in the round”, arguing that other economic sectors might benefit from such a trade agreement.