A number of leading figures in the European Commission will tonight meet with Mercosur leaders for a “working dinner” to review negotiations to date between the two economic powerhouses.

European Commission Vice-President for Jobs, Growth, Investment and Competitiveness Jyrki Katainen will be among representatives at the event this evening, Wednesday, June 26.

Confirming the event to AgriLand, a representative from the commission said: “Technical meetings took place between the EU and Mercosur over the last days.

Tonight, Vice-President Katainen together with Commissioners Malmström and Hogan will receive their Mercosur counterparts for a working dinner to take stock of the progress achieved so far in these discussions.

“This is all there is to say at this stage,” the commission spokesperson added. 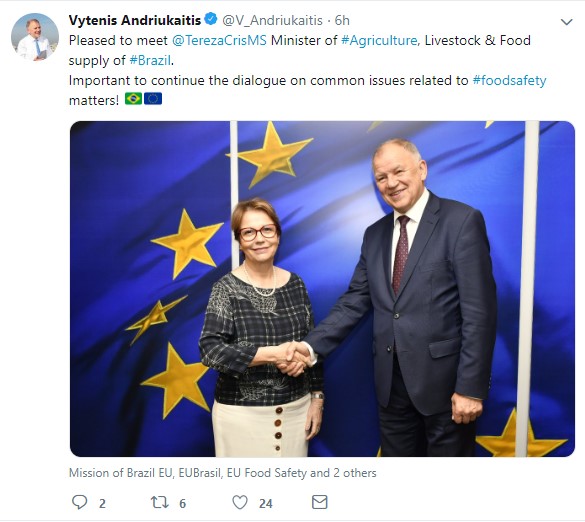 [/yes-app]
The event comes amid a backdrop of farmer fears over a possible agreement on quota-free access for up to 100,000t of beef.

The letter, seen by AgriLand, outlines the particular exposure of the European agricultural sector if a deal goes ahead.