Which tractor brands are topping the sales league here in Ireland thus far this year? We’ve delved into the raw statistics to find out.

According to the Farm Tractor & Machinery Trade Association (FTMTA), 1,378 new agricultural tractors were registered here in Ireland during the first half (January-June inclusive) of this year. That’s an increase of 54 units on the same period of last year.

However, the FTMTA doesn’t release brand-by-brand data at this point of the year. Nor are we in a position to release definitive ‘official’ figures.

However, we’ve been sifting through raw registration data (supplied by Motorcheck.ie) to get some early indicators. It must be stressed that this data does contain some anomalies. For example, some entries that are categorised as ‘agricultural tractors’ are not, in fact, agricultural tractors.

In any case, John Deere appears to be the top-selling tractor brand here in Ireland thus far in 2019. 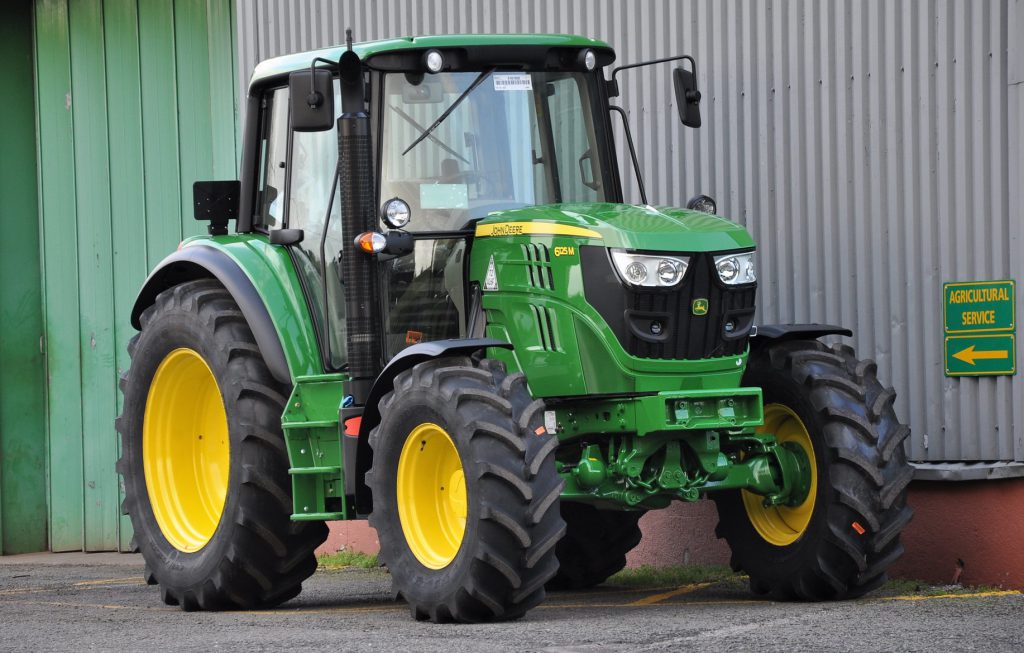 This subsequently leaves an estimated figure of about 297 John Deere ‘agricultural tractors’. What’s more; this remaining figure still encompasses a small number of what are arguably (non agricultural) ‘compact tractors’. 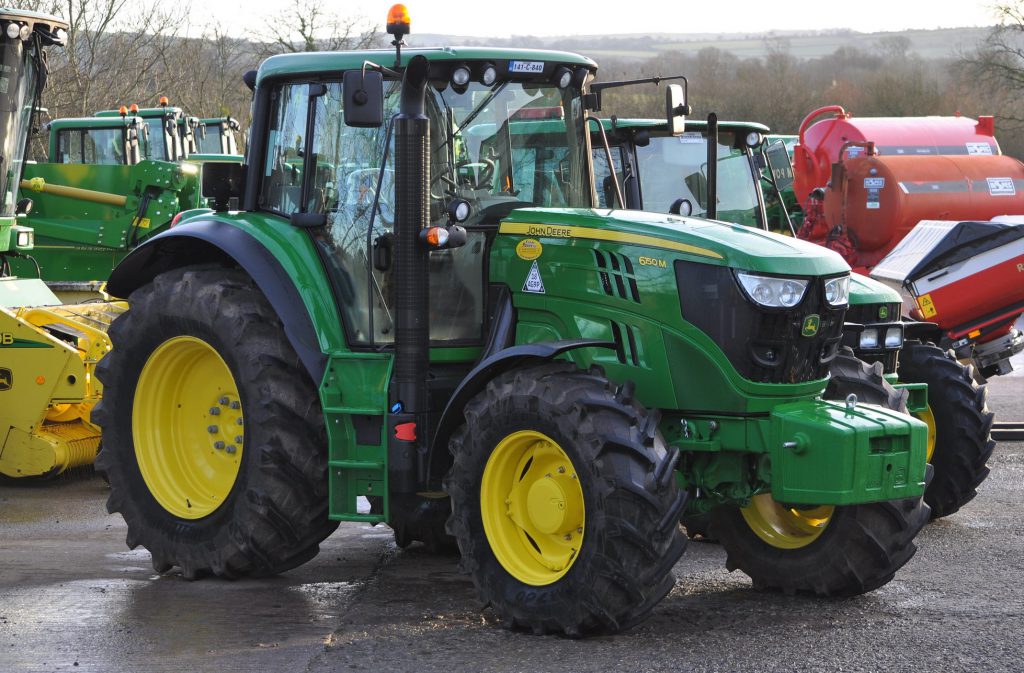 Meanwhile, the raw data suggests that Massey Ferguson was in second place – with 281 new ‘agricultural tractors’ showing up in the registration statistics. Thus far, however, we’ve spotted at least one incorrect (non tractor) entry – to leave a revised estimate of 280. We suspect that there are other incorrect entries (albeit a small number). 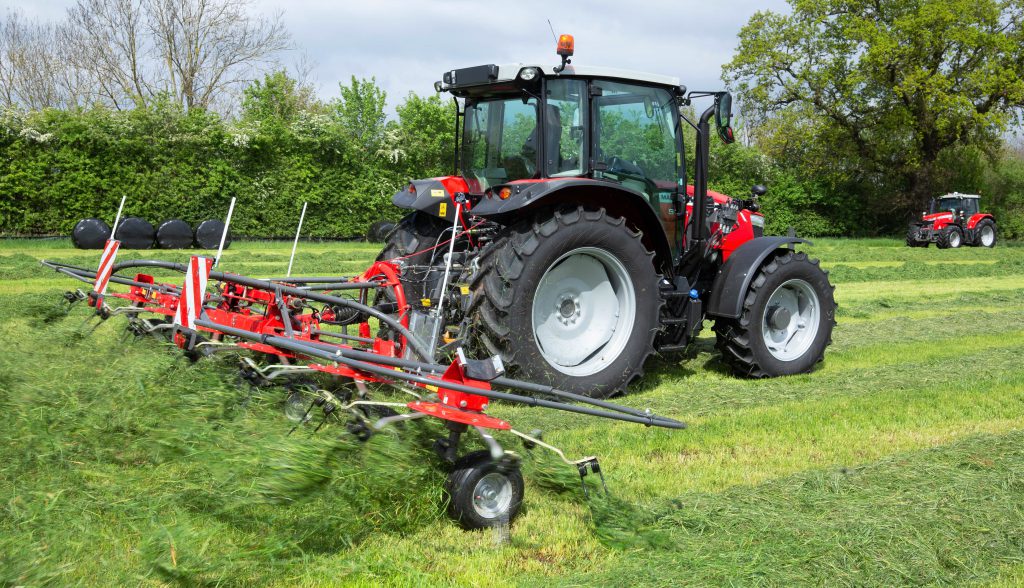 New Holland appears to be in third place. The raw data suggests that 261 of its new ‘agricultural tractors’ were registered during the first half of this year. Within the listings, we’ve identified at least one erroneous (non tractor) entry – to leave a current estimate of 260. 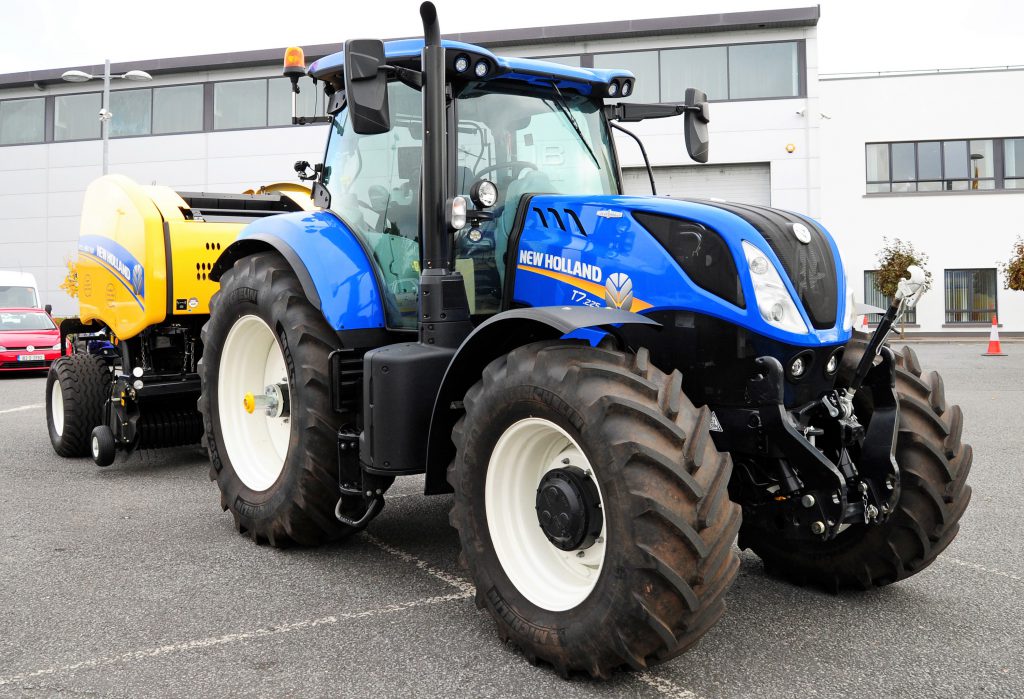 This table (below) collates our current (“indicative” rather than “definitive”) estimates. 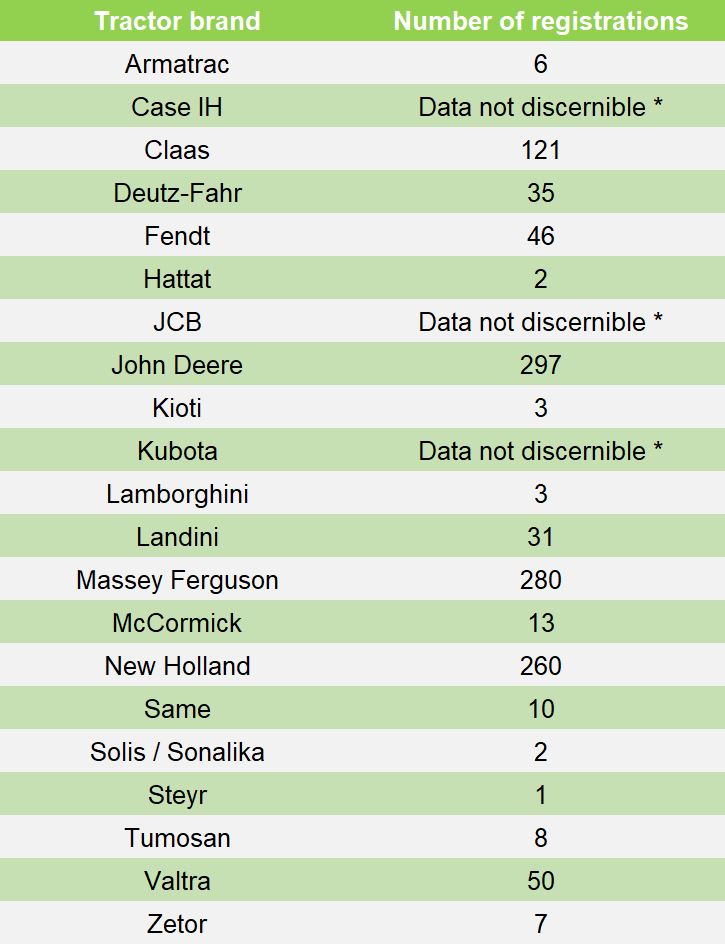 * For these brands, it’s largely unclear from the data, at this time, how many ‘agricultural tractors’ were registered

One of the most eye-catching (erroneous) entries (contained within the raw statistics) was a Fendt Rogator 645 self-propelled sprayer. It was categorised as a ‘fire engine’!