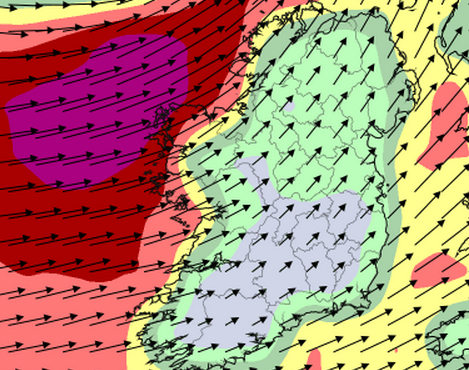 The Group reported operating losses of €4.7m for 2014 and that profitability in 2014 was significantly impacted by a severe deterioration in the market claims environment and the worst weather experience in the Group’s history.

However, its final dividend increased by 2.3% to 34c/share, delivering full year dividend growth of 4.1%, its results show.

The Group is guiding 2015 operating earnings per share of between 20c and 40c, subject to no exceptional claims events arising.

Commenting on the results, Andrew Langford, Group Chief Executive, said 2014 was a very difficult year for the Irish insurance industry and for FBD.

“The claims environment has deteriorated significantly and at a speed which exceeded expectations. Our focus for 2015 is on ensuring that we continue to support our customers when they need us, while ensuring that our business model remains robust and delivers a return for shareholders.”

FBD’s gross premium written increased by 3.6% to €363.7m. This growth was rate led and reflects the Group’s approach to volume growth in a recovering economy experiencing increased frequency of motor and liability claims and an otherwise deteriorating claims environment, it said.

In 2014, FBD’s customers and the Group’s profitability were impacted by the worst weather in the Group’s history, an increase in claims frequency associated with economic growth, poor large claims experience and adverse development of some prior year injury claims. FBD’s loss ratio increased from 67.9% to 86.0%.

Net claims incurred were €260.9m, an increase of 29.6% on 2013, bringing the loss ratio from 67.9% to 86.0%. The claims environment for the whole Irish insurance market was challenging and deteriorated significantly as the year progressed.

The cost of the weather experienced in the first quarter of 2014 was the highest in the Group’s history. The wind storm in mid-February (‘Storm Darwin’) and a series of persistent wind storms in the preceding six weeks cost the Group €15.2m, net of reinsurance (inclusive of reinstatement premiums).

Storm Darwin was the single biggest weather event in the Group’s history and had a devastating impact on areas of Ireland where the Group’s core customer base is most concentrated, it said.

These weather events created enormous difficulties for 9,000 of the Group’s customers directly affected. Customer feedback on the Group’s response to this severe weather was very positive.

The Group also experienced an increase in large claims costs due to a very small number of very large accident and liability claims (cost greater than €1m, net of reinsurance). Such large claims, volatile by definition over a short period, cost €4m more than expected in the full year.