Serious flooding likely, as 40mm of rain expected in Munster over next 48hrs 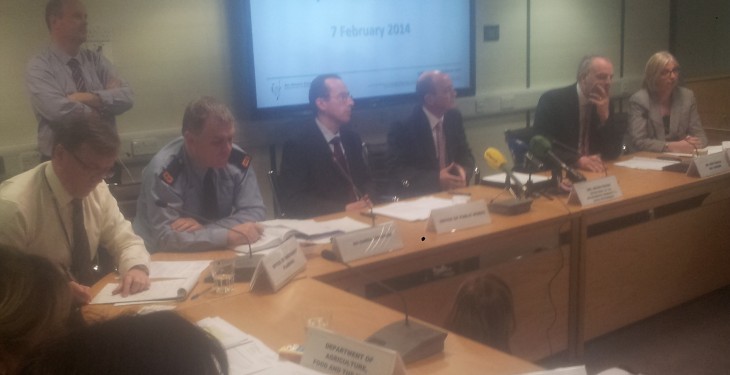 Serious flooding is likely over the weekend, especially on slow-moving rivers such as the Shannon, Blackwater, Nore, Slaney and Barrow. This is according to the National Emergency Co-ordination Group on recent severe weather, which met again today.

Met Eireann is warning the current unsettled weather is likely to continue for the next number of days. It says there will be heavy rainfall particularly in the south, south west and south east on Friday and into the weekend. This rain will serve to top up the already near capacity of our rivers and poses a major risk, it said.

Ireland’s slow-moving rivers are a concern, noted the emergency group, adding that they will always be more prone to flooding because by their nature, they are flatter and therefore the flood water tends to spread quicker.

It stressed that people living near rivers should: heed the safety advice and act on it; keep an eye on your own locality and your own rivers; and continue to monitor the warnings.

At the meeting Gerry Fleming of Met Eireann briefed the group on the weather outlook for the next 48hrs. He said: “We have a weather system coming across the country this evening and tonight. We expect the rain to start down in Munster in the mid afternoon. Then through the latter half of the evening and first part of the night it will spread across the country.”

He added: “A fairly deep low-pressure centre falling that will sit over Ireland for Saturday and much of Sunday. That will itself generate a lot of very heavy showery downpours. So over a 48-hour period from 6pm this evening.”

“Heaviest rain is set to be in Munster and we would anticipate 40mm of rain there in total. Further north and further east rainfall amounts are not set to be as high at 25 and 30mm.”

Fleming highlighted: “There are two key threats in general. The area of rain moving up will add to those longer slower rivers which are already high.

“The second threat is from the thundery downpours. They pose a threat in a different way. Shorter and faster streams, which can flood quickly in localised intense rainfall. These can also clear quickly, but can cause a lot of damage.

He noted: “The rainfall is not particularly heavy by our rainfall criteria. But because it is on top of such a very prolonged wet period we feel the risk is high.”