Rory Best: I only dreamed of being a farmer who played a bit of rugby for Banbridge

Irish rugby legend Rory Best’s career has seen him fend off the All Blacks, Australia and South Africa, but growing up his dream was simply to follow in his father’s footsteps on the farm.

Best spoke exclusively to AgriLand at the Royal Ulster Winter Fair, while making his first major appearance as Herdwatch ambassador.

He joked about becoming a ‘pensioner’ at 37 and spoke of his eagerness to swap the rugby boots for wellies as he plans to come home to the family farm in Poyntzpass, Co. Armagh.

Best’s impressive C.V. has seen him tally up more than 15 years playing professionally. But growing up, a young Rory only had humble ambitions of playing locally.

“When I was young there was no professional rugby – it only started in ’95,” he told AgriLand.

Playing rugby, you come into contact with a lot of different people. You start off your life wanting to be a farmer who plays a bit of rugby for Banbridge and then that changes because you become professional.

Hanging up the rugby boots…

“I think it’s funny to say I’m 37 and retired – I think you just have to enjoy it and see what challenges there are now.

“You’ll not have the same challenges you have in rugby; things will be very different.

I think you have to be realistic and know you will never fill that void – so you don’t try to. You just try to do something you can get your teeth into and enjoy.

“It will be nice to spend a little bit of time with my family and be able to enjoy Christmas now like a normal person – not worrying about training the next day.”

Best joked about how he now tries to avoid answering the phone to old rugby contacts for fear of being roped back into playing.

“They either want something, or they want me to play,” he laughed. “I did think about playing on. When you finish at the World Cup, and you wanted to go to the semi-final but didn’t quite make it, there are a few goals still there.

I would love to play a bit more but I think the realisation very quickly came in that I have been really lucky with injuries and with the career that I’ve had so I’m very happy [to stop now].

“The Banbridge 15 captain was a school friend of mine, so he’s been ringing me to see when I’ll play for him – but there’s no way! 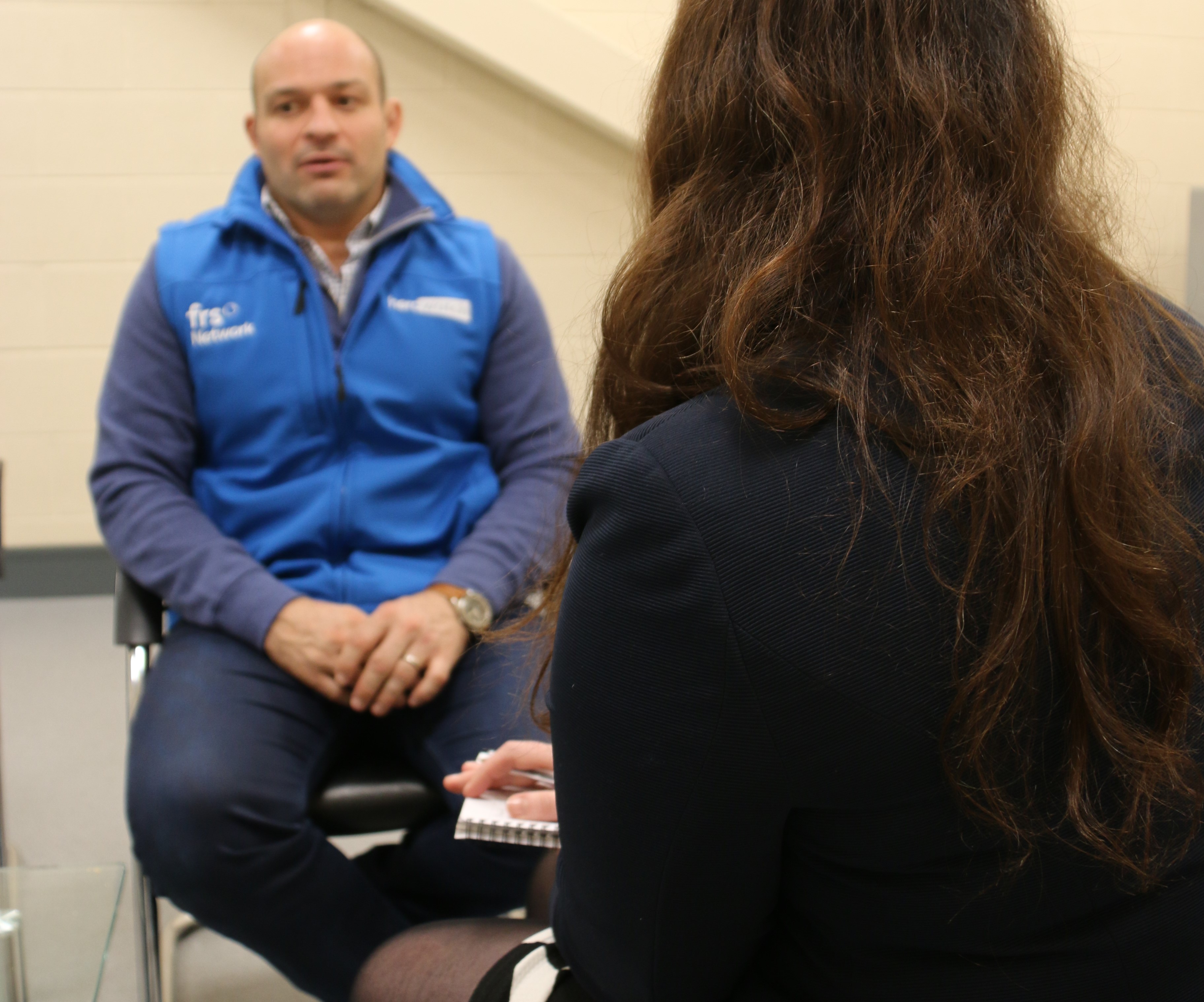 “It’s nice to be home again, but I haven’t had that much time to get my feet back on the ground here. Even getting the time to meet a couple of friends means a lot.

“You’re away with Ireland a lot, so when you do get home, you just want a break and to be at home and spend that time with your family.

“I suppose my early memories on the farm are similar to a lot of people here. You’re going out with your dad and a lot of it was going in front of the jeep – you were the chief gate opener and closer – and sitting up in the tractor and it was just a really, really enjoyable way of life – I loved it growing up.

“Even coming home from school, you threw the bags at the back door and tried to escape out the back door to go and help on the farm, but you were generally pulled by the collar and brought back to go and do your homework and then get it done as quickly as you could so you could get out again – I just loved being outside.

The rural community really rally around you, but they are very good at bringing you back down to earth if you ever get a bit above yourself!

“If you turn your nose up at washing the cattle and you just want to be in the big new tractor – what does that say about you?

…and slipping on the wellies

Best is still discussing how to manage his return to the business with his brother Simon and father John but said he hopes to farm full-time eventually.

At home, the farm is mainly arable – with wheat, oats, oilseed rape and beans in rotation. The family also run a herd of pedigree Aberdeen Angus, currently consisting of around 60 females.

The Angus herd is very much an area of passion Rory. Best can often be spotted with his sleeves rolled up in the wash bays at Balmoral Show. But this year, he has plans to get his Loughans Herd Anguses out a bit more frequently, hoping to add Armagh, Newry and Lurgan to the show calendar.

But he says he is indebted to his father, John, who does a lot of the day-to-day work with the herd.

“I need that support. I do a lot of the genetics and paperwork side of things – but I couldn’t do it without [my dad]. He sometimes grumbles about it, but ultimately, he was a beef farmer firstly, and I think it’s in his core,” he said.

“We had been keeping most of the heifers for breeding up until now, but now we are going to try and sell some.

“As for the bulls, we try to sell as many as we can for breeding. We keep the worst five or six [as few as possible] and squeeze them and fatten them up – but that’s the general gist of what we’re doing.” 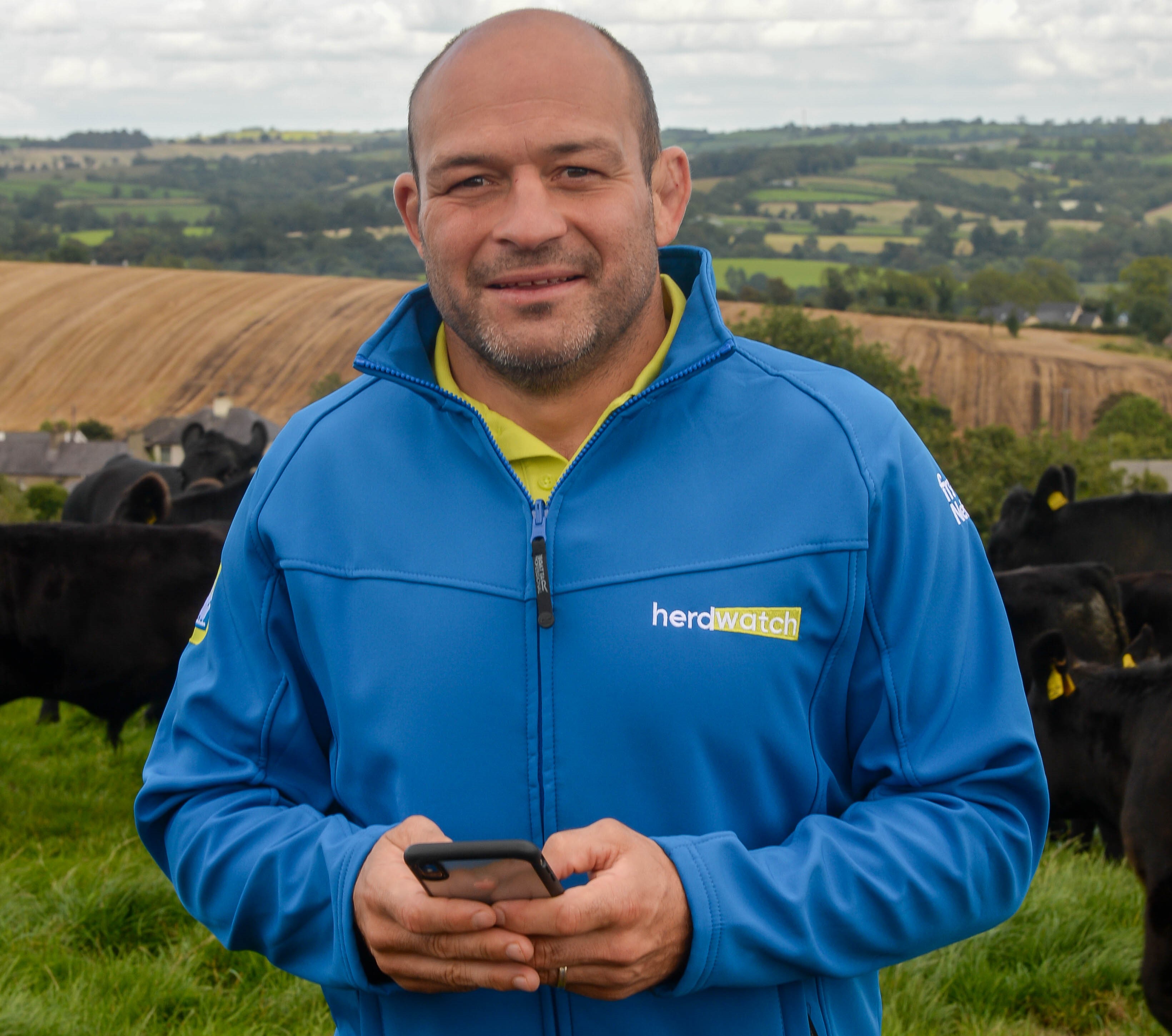 Both being tech-savvy, Simon and Rory have already invested heavily in improving efficiency on the farm. Among the recent changes was upgrading to herd management software firm Herdwatch, a product for which Rory will act as an ambassador.

“I think the fact that everything is in the cloud is really handy,” he said.

“Ultimately, Dad and I would be out looking at cattle and deciding what semen to use. Instantly being able to look at a calf and having their ages right in front of us on my phone is very helpful when we’re making decisions.

When we’re doing the weighings, it’s no longer a case of having a scrap of paper, putting it in your pocket and hoping to find it there again later. It’s very simple and gives you the liveweight gain right away.

“It’s an important time in agriculture to use technology and to try to be a lot more efficient and try to grow the farm, and also diversify,” he explained.

“If you think that you are going to keep doing what you have traditionally done and not evolve, you’re going to go backwards. It’s so relevant to me with sport – if you don’t keep improving, somebody is going to come past you.”

Rory Best meets fans at the Winter Fair...on the way to a South African rugby summit