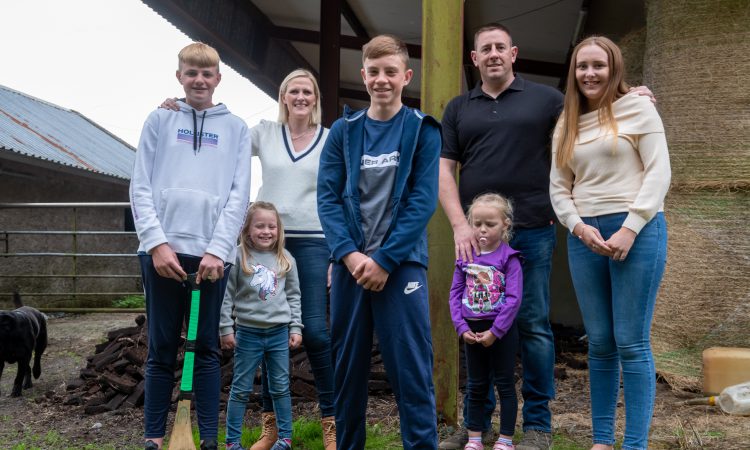 A Dublin teenager has fully embraced rural life after taking part in the RTÉ TV series Raised by the Village.

15-year-old Jamie Lee from Clondalkin spent five days with the Keeley Cusack family in Clonaslee, Co. Laois, for the reality show that takes children living in urban centres out to the countryside after their parents request significant help with parenting.

Under the guidance of psychotherapist Stella O’Malley, the young participants got a dose of teenage life Irish village style.

The eldest of four children, Jamie Lee lives in an apartment with his mum Valen and siblings.

He quickly settled into life in the Keeley Cusack family, with Mark, an armourer, stationed at The Curragh, inspiring him to plan a career in the army.

“We were asked by local man, Frank Fitzpatrick, if we would be interested in hosting a teenager from Dublin for five days. He mentioned that there would be a bit of filming but we didn’t think it would be much,” said Noeleen.

“I discussed it with Mark and he thought that if we could give Jamie Lee a break and let him see country life, we should go ahead. We also discussed it with our children who are aged 15, 14, 5 and 4, especially the teenagers. They were also keen for us to take Jamie Lee,” she said.

“One of the producers for the TV programme then came down and did an interview with us.

The family remember well Jamie Lee’s arrival. “We were expecting this real out-of-control teenager with an attitude and the kids were also worried that he would cause trouble. However, from the minute he came in the front door, he was so easy going and mannerly.

We had to admire him; he had just come down from Dublin, having never been in the countryside at all, with a camera crew, to live with complete strangers.

“Jamie Lee went milking with a local farmer who was very impressed with how he listened and didn’t shy away from any work. We had 6t of turf in the yard and Jamie Lee got stuck into helping our kids bring in that. He also went thatching and absolutely loved that.”

Presented with a framed photograph of himself and the family, Jamie became emotional and numerous viewers at home also reported on social media that they had tears in their eyes following the touching TV show.

However, the connection with the Keeley Cusacks didn’t end there. Jamie Lee has been back to their home in Clonaslee several times since then.

“He was back down for a weekend as well as the mid-term break at Halloween and he is also planning to stay over Christmas,” Noeleen said.

We have told him ‘our home is your home’ and when we gave him the framed photograph of us all, we said that our door would always be open to him. We felt so privileged that we could give him this chance and so happy that he embraced it.

“Jamie Lee has now gone back to playing soccer and is dead set on joining the army and Mark has told him he can’t have a single black mark against him for that. The world is his oyster and he is a hard worker. He is very easy to instruct and listens very carefully.

“Like our own, he just needs set guidance. It’s like what I tell our own, we’re not doing our job if we’re not parenting you,” Noeleen said.

“Jamie Lee loves coming down and is always itching to get outside but he also still likes going back to Dublin. Home is home at the end of the day and he missed his family. He was great with our younger ones, you could see he had younger siblings,” she said.

“Taking part in the programme was a great experience for all of us,” said Noleen, who appeared on the Late Late Show along with Mark and Jamie Lee to discuss the whole experience. 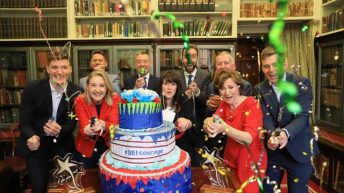