Back in focus: Sheep farming in the heart of the Wicklow Mountains

In today’s back in focus is Denis Halpin’s sheep farm – made up of Cheviot ewes – which AgriLand paid a visit to last September.

Along with his wife, Ann, they run a flock of ewes in the heart of the Wicklow Mountains.

The duo also operate a small suckler enterprise, which has seen a reduction in size over the past few years.

Denis and his two brothers all farm on the rough terrain of the Wicklow Mountains, which has been affected by the growth of heather, bracken and scrub.

However, due to the introduction of the Sustainable Uplands Agri-environment Scheme (SUAS) last year, Denis and fellow farmers in the nearby commonages have been able to counteract the problems they are facing on the hills, while also getting paid to do it.

The farm operates a mid-season lambing lowland flock, with all lambs sold off the farm by spring of the following year.

Denis has a closed flock, with only rams being purchased on a year-to-year basis. One of the reasons for this is to reduce the risk of disease but also to be able to breed good-quality replacements from within the flock. 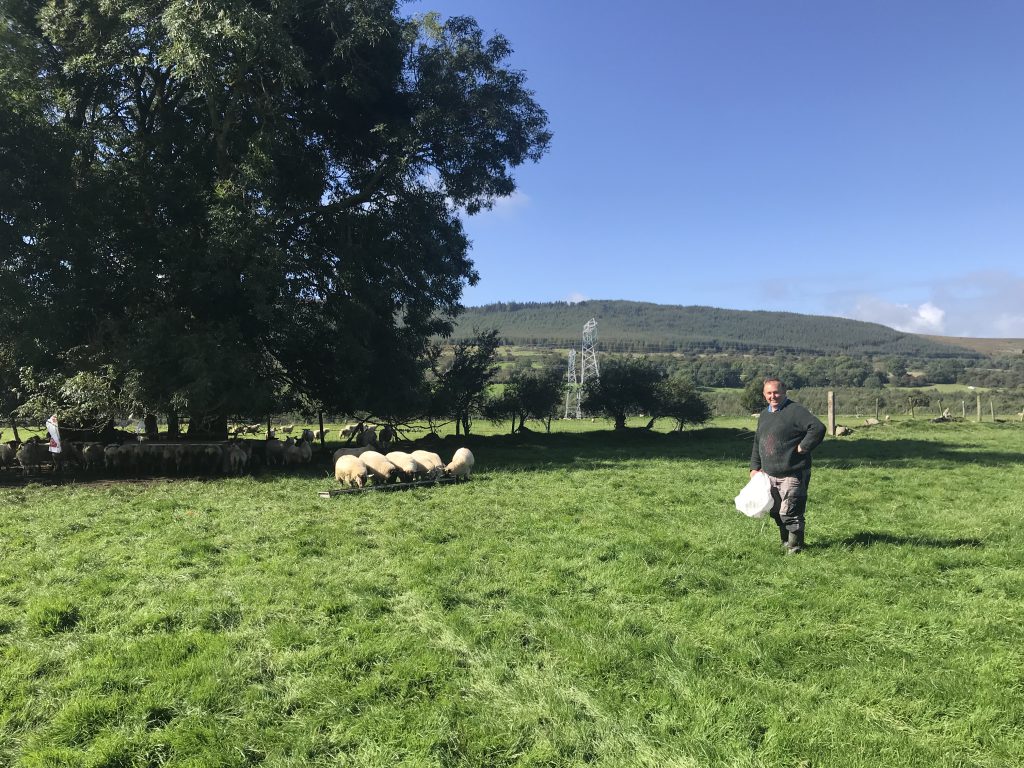 The farm has always been a mixed holding; however, over the past few years, due to this region being highly susceptible to tuberculosis (TB), the herd has been reduced from 50 head of cows to 12 head of cows.

This, in turn, led to the sheep flock increasing in numbers from 150 head up to 400 head.

Rams are grazed on the lowland ground throughout the year and receive concentrates before the beginning of the breeding season to build up condition.

Rams have gotten their ‘NCT’; key areas such as: body condition score (BCS); feet; testicles; and teeth were checked. Denis would regularly cull two or three rams a year.

Denis plans to keep the Cheviot rams, which are bred to the stock, for replacements, while the rest of the flock are mated with the Suffolk rams.

One ram will serve 40 ewes over the six-week breeding season.

Ewes are fit coming off the hill; the BCS of these animals would be roughly 3.5.

After weaning takes place in July, ewes are moved up to the hills until the end of October.

Denis believes the forage on the hill is excellent and leaves ewes in good condition for the breeding season.

On October 22, ewes are moved down from the hill for the breeding season. The planned turnout of rams is two days after this date.

Conception rates are very good; ewes are not fed any concentrates. The only exception being twin-bearing ewes are fed concentrates after turnout in April. 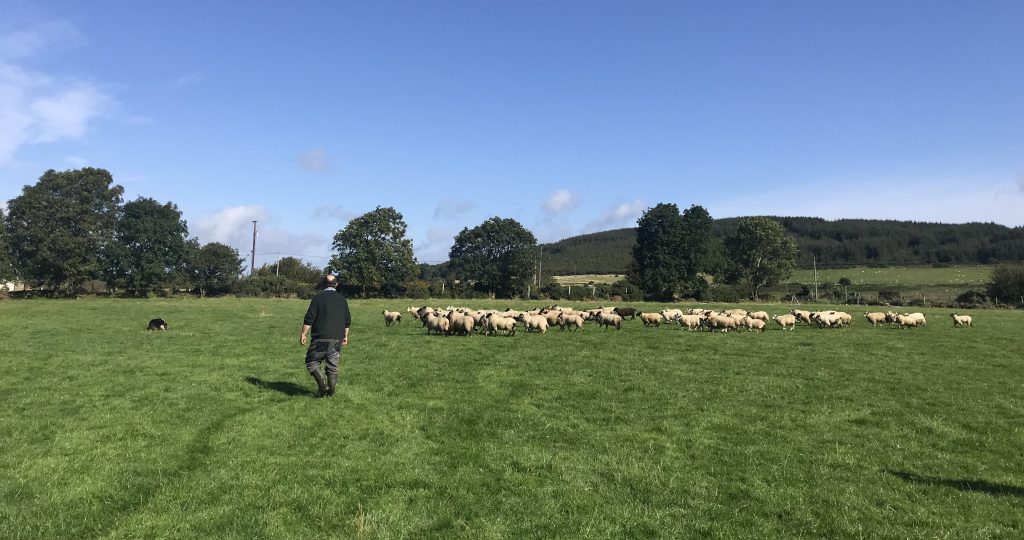 The lambing season is spread over a three-week period, with 80% of the ewes lambing down during this time.

Denis lambs down all of his ewes outside. However, all twin-bearing ewes that lamb down are housed for one week before being allowed to graze on the lowland ground until weaning.

He recognises that people will find this unusual but, because he has problems with foxes in the area, he believes this is a necessary precaution to take.

Looking at the hill where these sheep are grazing, one would think the forage on these mountains wouldn’t be hugely beneficial to the animals.

However, Denis said that the grass available on the hill is healthy and organic and that ewes thrive exceptionally well on it. 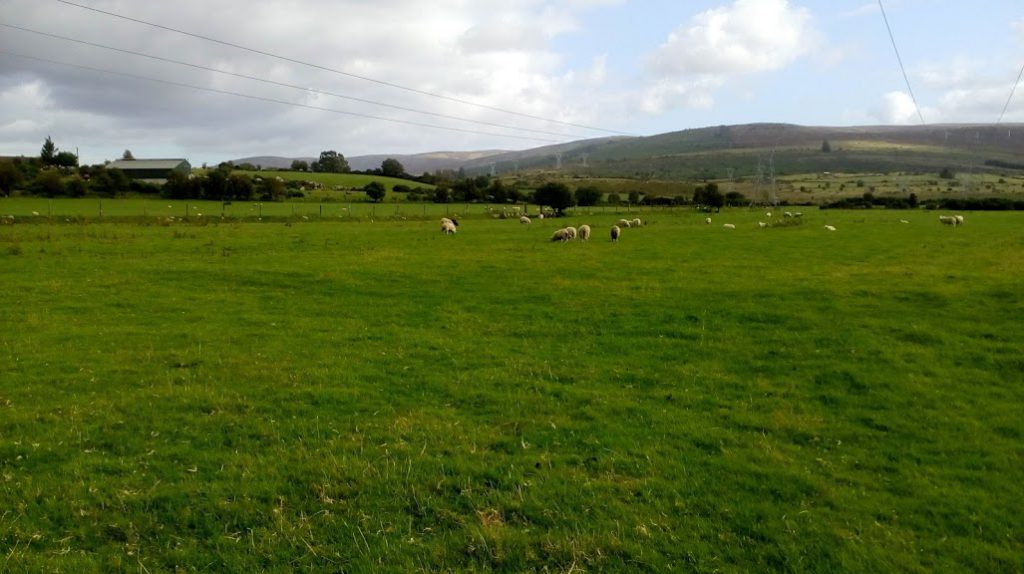 The ewes flush very quickly, and there is very little trouble getting them in lamb.

There is reasonable grass growth on our hills in these areas. More hill farmers are putting sheep back on the hill as they can see the benefit it offers.

The sheep can break down the rough species of grassland. This, in turn, leads to new shoots that grow after the heather is burned off, which is very nutritious and offers good-quality forage for the sheep.

In this part of Hollywood, Co. Wicklow, the Cheviot ewe is considered the native ewe and is one of the most popular breeds of sheep in this part of the country.

Denis has 250 Cheviot ewes and a further 150 Cheviot cross Suffolk ewes on his farm currently, and he believes they are best suited to graze the hills.

The Cheviot ewe suits the hill. They are a brilliant cross with the Suffolk ram as they produce a speckled-faced ewe lamb which is highly sought after in marts and is also easy to finish for the factory.

“The Cheviot ewes in my flock have good teeth which is crucial when grazing such rough ground.

“Sheep whose teeth are not straight will become loose and turned out and won’t be able to graze. I have nine-year-old Cheviot ewes with perfect teeth still.”

This year, Denis was pleased with his crop of lambs. Ewes were scanning 1.6 lambs and weaning 1.4 lambs per ewe joined.

“The lambs graze on the lowland pasture until they leave the farm; they never go up on the hills, as the mortality rates would increase significantly.”

Furthermore, 70 of this year’s crop of lambs have been killed in the factory. Denis is currently drafting 15-20 lambs every two weeks, that he deems fit to kill.

The recent beef factory protests have had a knock-on effect on the sheep sector, according to Denis, and this has led to him holding off killing any more of his lambs for the time being.

Michael Gottstein of Teagasc highlighted at this year’s Irish Farmers’ Association’s (IFA’s) National Hill Sheep Forum that there was an opportunity for hill farmers to exploit the early lamb market, which has seen producers fade away over recent years.

Denis plans to kill lambs during this time and the hope is that next spring he will be rewarded with a good price.

Denis is involved in SUAS which was launched last year. The project – which is working with upland farmers in the Wicklow and Dublin uplands – aims to support upland farmers while protecting this significant heritage by remunerating them for activities that improve and protect their farmed habitats. 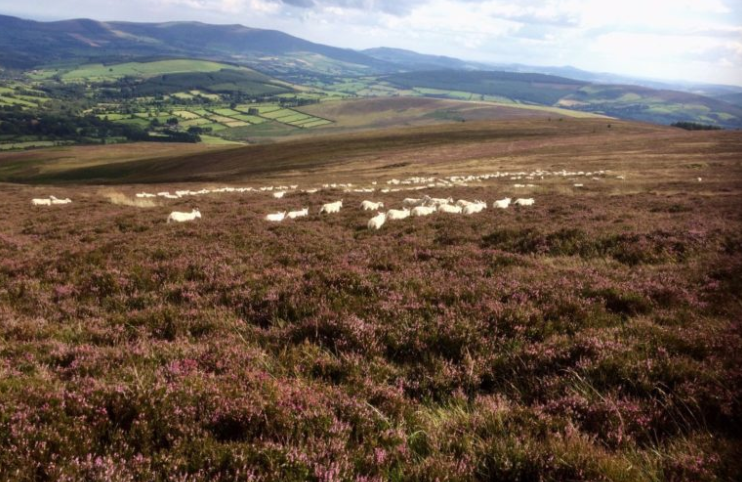 Denis and fellow farmers in the commonage have carried out controlled burning practices. This involved burning heather from the mountains. Typically, only small areas of land are burned at one time, usually 3-4ha.

The regrowth from this burning has been excellent, with the sheep grazing the shoots and ultimately allowing grass to take over from the heather.

While also getting paid €15/hour for work carried out in the hill, Denis believes this scheme has the potential to be a success.

“There is certainly a future in hill sheep farming. Sheep are more profitable as there is less input costs; they go out in the hills, which in turn means less management.

“SUAS has given us extra encouragement that a profit can be made from this type of enterprise.”