The year 2015 marked the end of an era for the dairy industry, as this was the year quotas were abolished and the expansion period began in Ireland for dairy.

Since then, milk production has increased by over 50% – which is 55% due to the increase in dairy cow numbers in the country and 45% due to milk yield per cow.

While we all know dairy cow numbers have increased, many of us don’t know how extreme or how, in extreme, that change has been for their county, or for their province.

To make things a little clearer, AgriLand has compiled all dairy cow numbers for the past four and a half years, across each of the counties in each province.

These figures are all according to the latest figures released by the Irish Cattle Breeding Federation (ICBF), on Friday, November 1.

Around the 25% mark was common among the counties in Leinster, with Co. Offaly, Co. Wicklow and Co. Carlow experiencing growth close to this figure. A 22% increase was seen in Co. Westmeath.

Of those three, Co. Donegal experienced the greatest increase in dairy cows – by 14% or 2,895 cows. 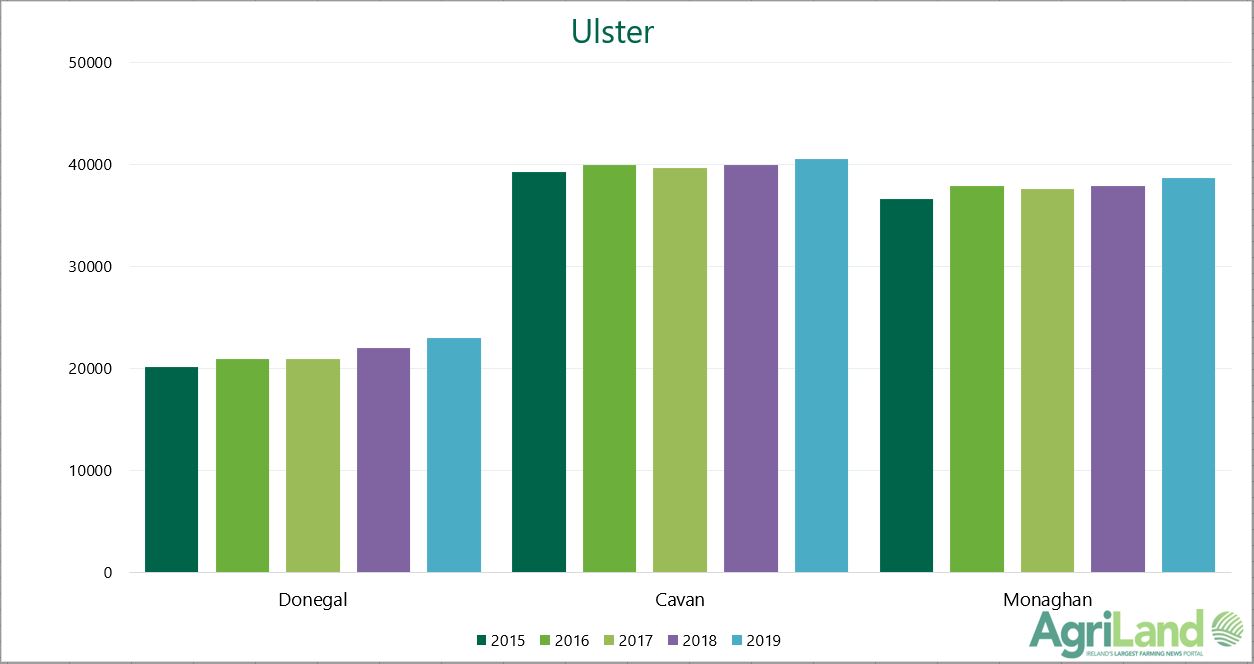 Next on the agenda is Munster (see graph four below) – the home of dairy you could say.

Following this is Co. Limerick, with 119,361 dairy cows growing by 7% since quotas ended. 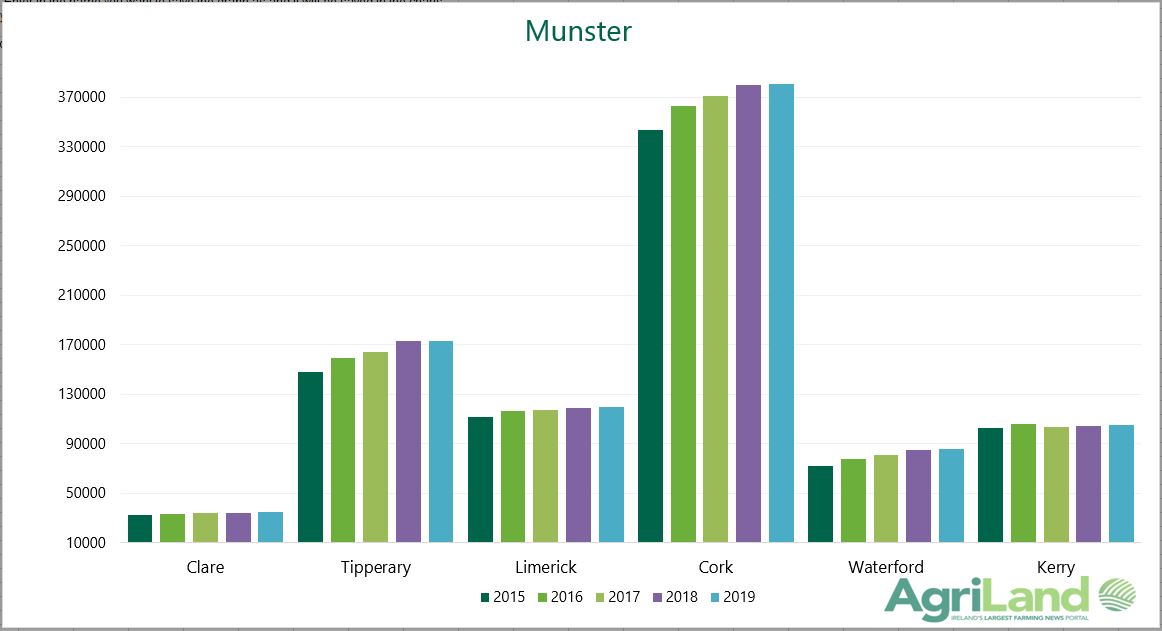 Finally, taking a look at Connaught (see graph five below), it represents the province with the smallest number of dairy cows at 78,795 – an increase of 8,692 from 2015.

The county in this area which has seen the greatest increase in cows is Co. Roscommon, which underwent a 33% increase from 2015 – by 2,156 cows.

In contrast, both counties Leitrim and Mayo only experienced a slight increase, by 4% and 0.6% respectively.

The greatest growth in dairy seems to be in counties Kilkenny, Kildare, Laois and Roscommon, with those growing by 27%, 28%, 29% and 33% respectively.