In 2015, quotas were abolished and the expansion period began in Ireland for dairy. Since then, the national dairy cow population has been continuously increasing.

Following on from this is Co. Limerick at 119,361 cows – an 8% contribution to the total dairy cow population. 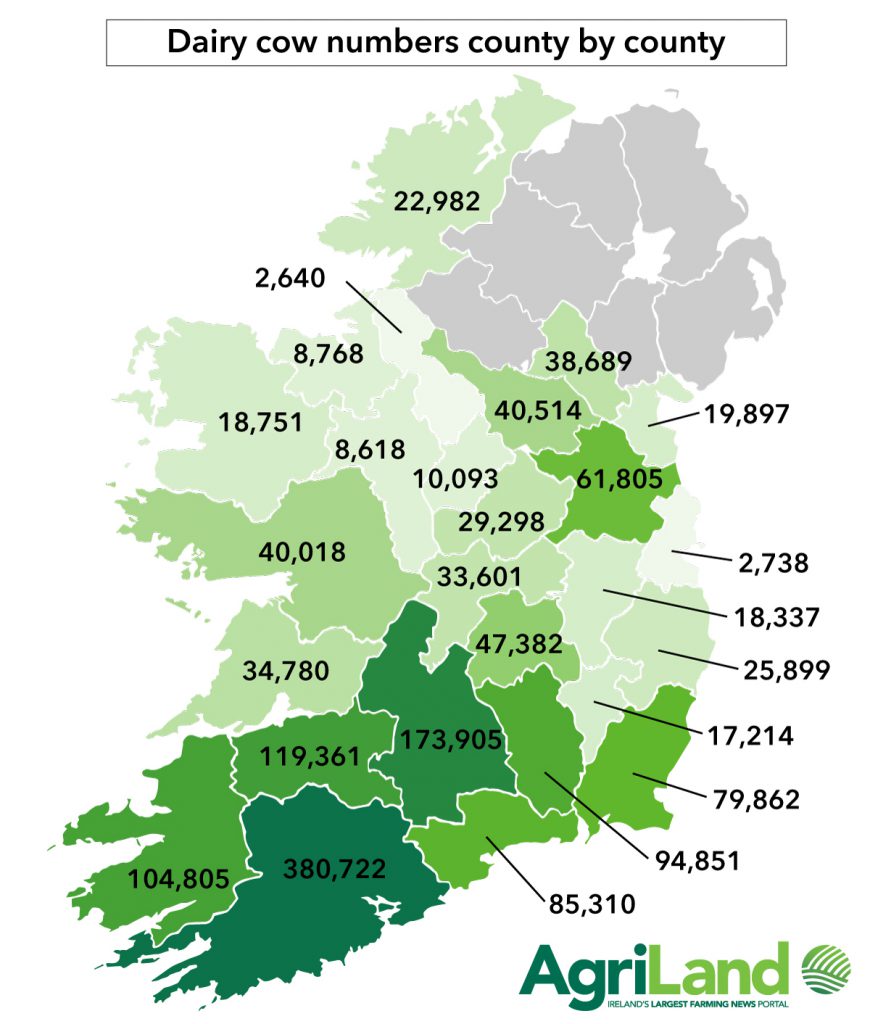 Still remaining the county with the smallest population of dairy cows is Leitrim – with just 2,640 head; this number has been decreasing since 2016.

Dublin is coming in with 2,738 head – a fall of 226 cows from 2018 – making it the second lowest populated county in Ireland for dairy cows.

Finally, taking a look at some of the counties which have experienced the greatest increase in dairy cow numbers, since 2018, Wicklow, Meath, Galway and Offaly have increased by 1,347 head, 1,645 head, 1,791 head and 1,391 head respectively.

15 steps to get the best results at drying off