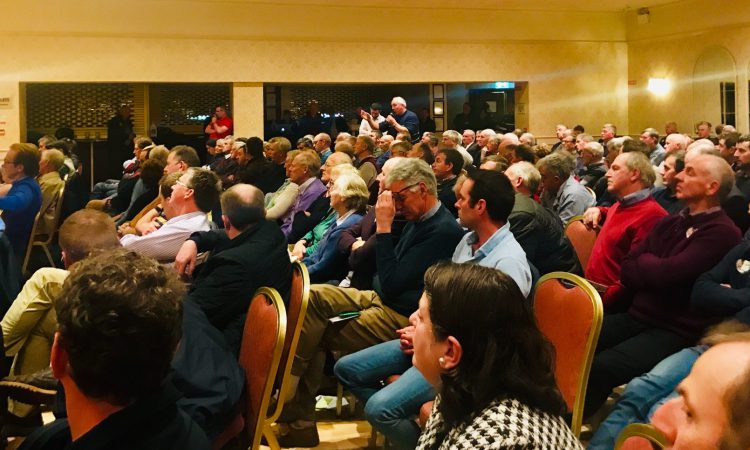 Concern over the need for “significant reform” of the Irish Farmers’ Association (IFA) was repeatedly raised by farmers at the lobby group’s presidential hustings in Co. Kilkenny this week.

The fragmentation of farm politics, communication shortfalls between grassroots members and leadership, the challenge of attracting new young members and calls to change the internal running of the association were all posed in questions from the floor.

An estimated 250 farmers turned out for the national presidential and deputy presidential debates at the Springhill Hotel last Wednesday night, October 30, during the second week of the association’s hustings events.

Addressing attendees, each of the national presidential candidates – John Coughlan, Angus Woods and Tim Cullinan – frankly acknowledged these issues and stated their intention to tackle them if elected as the 16th president of the IFA next month. 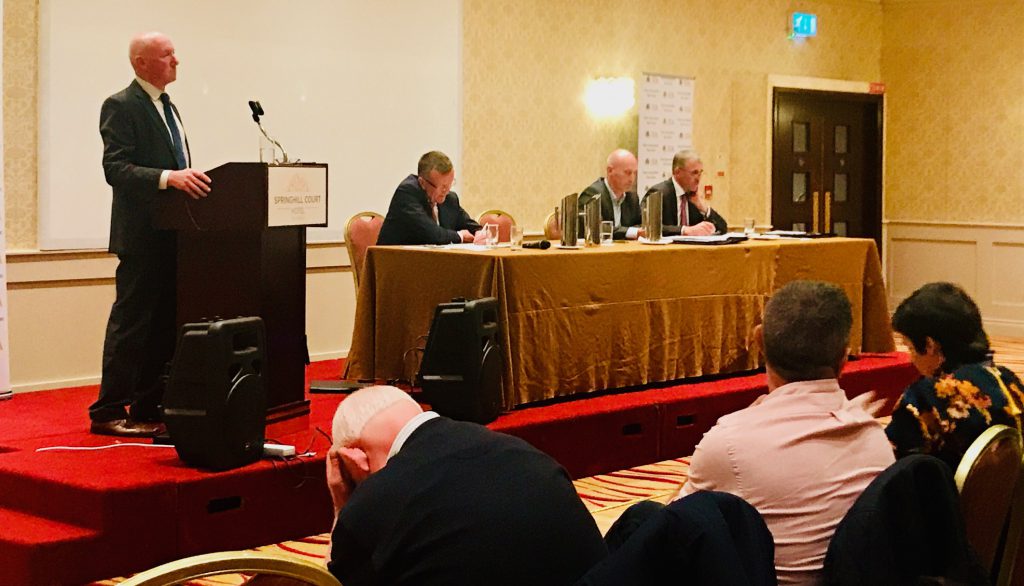 Dairy and beef farmer John Coughlan – who hails from Buttevant, north Cork and who is also Munster regional chairman of the IFA – stated that a “deep sense of disillusionment” exists not only between farmers and Government, but that this sentiment has also manifested between farmers and their representatives.

“For too long, too many people have taken farmers for granted. For many farmers there is disillusionment with Government, bureaucrats and civil servants who seem to make every regulation and scheme unworkable for farmers.

“But there is also disillusionment with our representative organisation, which many of us feel is not fully representing us – this to my mind must change,” he said.

Reflecting on his own track record within the association – as an ordinary IFA member, branch chairman, county chairman and Munster regional chairman – Coughlan says he has “been trusted” by farmers.

“It’s something that I don’t take for granted. This is a trust I’ve always sought to earn and I will work hard to repair that trust in farmers,” he said.

Coughlan outlined his previous IFA achievements including “delivering on a 33% reduction” in anti-dumping duties on fertilisers coming into the EU; plus his work in relation to a gas pipe project that was affecting farmers in his home county.

Following a fractured year for farm politics, and a summer of national farmer-led protest over poor beef prices, Coughlan gave attendees a commitment that he will engage with other farm lobby groups.

“All farmers need to be on the same page and I will work with any farm organisation,” he said.

If elected Coughlan said he intends to improve structures and communication issues within the association by live-streaming committee meetings and incorporating better use of modern messaging tools.

“The day of late night meetings is over. WhatsApp, live-streaming meetings, embracing technology and strengthening our relationship with Macra na Feirme will be key to attracting young people,” he said.

Angus Woods – the IFA Livestock Committee chairman who is a mixed farmer from Co. Wicklow operating with sheep, sucklers and tillage – stated that for any structure to work well a “team ethos” is essential.

“It’s not about having one person out in front leading, it’s about unity. It’s about working together and leading together. I think that is a key fundamental on where we [IFA] have gone wrong.

Having joined the livestock committee in 2011, Woods was subsequently elected chairman of the committee in spring 2016, which he says followed “a very, very difficult period” for the organisation.

“We had a crisis which involved losing a president. And tonight people will say that the last six months have again led to mistrust within our membership and a disconnect.

“I can remember four years ago when there was a presidential election taking place, there was real concern about lobbying door to door because there was a breakdown in trust at that time.

“We have not managed to rebuild it. It will take a significant amount of time to do that,” he said.

Woods defended his achievements in his livestock committee role, outlining the committee’s work in “delivering the €100 million Beef Exceptional Aid Measure (BEAM) scheme” – however, he acknowledged that communicating the work of the committee is challenging within the confines of the association’s current  structure.

“It’s all about communication. We hear it time and time again – ‘we’re not listening at the top’, ‘we’re not getting our message out’, ‘we’re doing work, but people on the ground don’t hear what’s happening’. 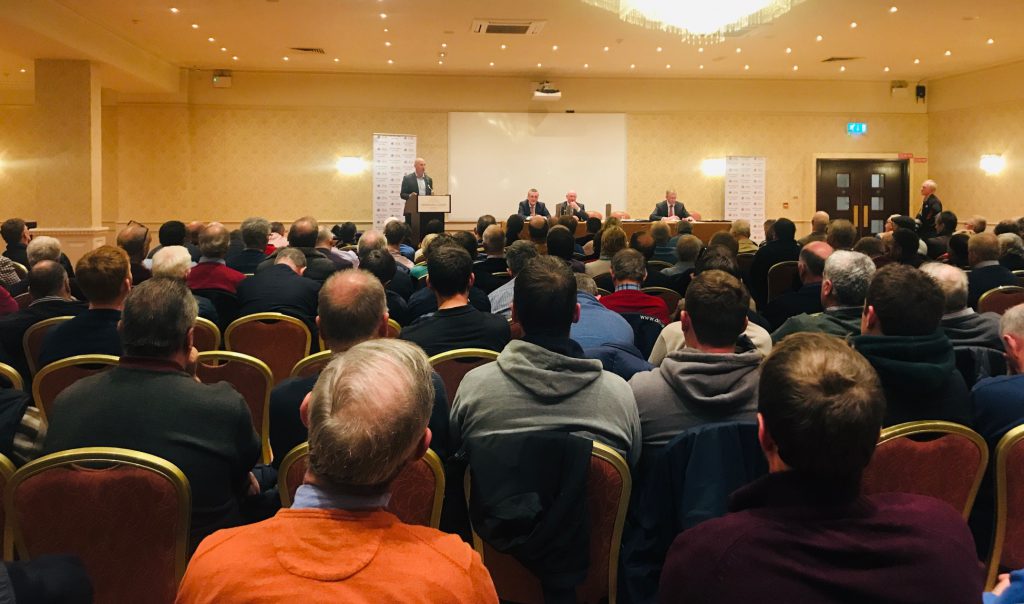 “The president must be accessible to all those committees directly, nothing should come between the committee and the president.

“We need IFA to change. We can’t keep doing the same thing, year after year after year, and expect the same result. The pitch is changing and we need to move with it,” he said.

Tim Cullinan, a pig farmer from Toomevara in Co. Tipperary, is a long-standing representative of the IFA.

He holds the current position of national treasurer of the IFA and is a former county chairman. He too openly accepts the disconnect between grassroots members and leaders within the association.

“There is a lot of concern out there about what has happened, particularly in the last year when a lot of our livestock members moved away to another organisation – that is very concerned of the association.

“A lot of people are worried about the future of our organisation. The future of the IFA is in the grassroots.

“I will get the IFA back into the strong position it had before,” he said.

Cullinan highlighted his past IFA achievements on the nitrates derogation for dairy farmers and his work in “delivering €140 million” to protect the pig industry over the years.

“It currently costs €10 million to run the organisation. Radical proposals are needed to make the association fit for purpose and fit for the future,” he said.

Cullinan proposes to establish a new management board of the IFA with two new livestock committees – a suckler/drystock committee and a beef finisher committee.

The new management board would consist of the president, deputy president, four regional chairs, plus the chairs of the two new livestock committees.

“I accept these are radical proposals; but we need radical change for the future of our organisation.

“This is a critical presidential election that will define the very future of IFA itself,” he said. 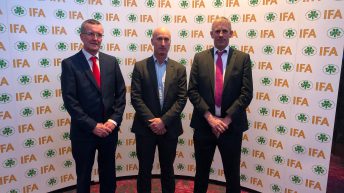