‘Reseeding gives you the greatest return on investment above all things’ 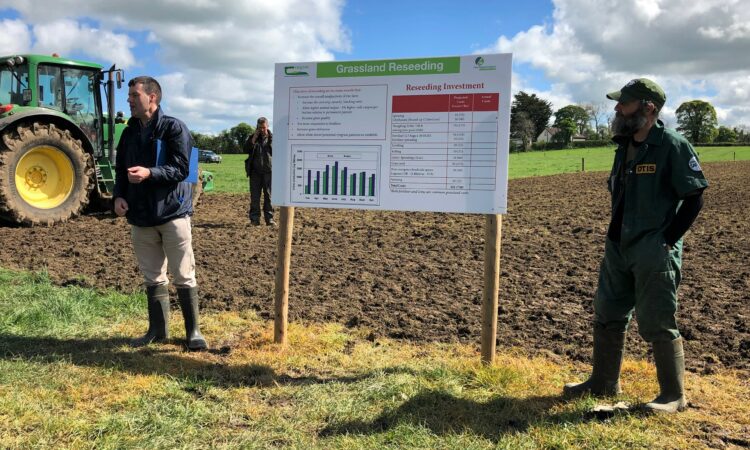 “As an investment, if you’re wondering where to invest your money on the farm, reseeding gives you the greatest return on investment above all other things.”

This was a statement made by Vincent Treacy – a Teagasc advisor – at an event hosted by Glanbia where he outlined some of the key reasons why it is so important to carry out reseeding on your farm.

Firstly, he explained how reseeding can increase the “amount of grass grown on the farm, along with improving the feed value of the grass grown – through increasing the amount of perennial ryegrass in the sward”.

Studies have shown that over time the amount of perennial ryegrass in a sward decreases – particularly in swards that are cut often.

“The main benefit as you can see from the graph is in early spring; when there is a greater amount of grass grown in the months of February and March, compared to the lower perennial ryegrass sward.

“If you want to get stock out early, it is the perennial ryegrass that will do that for you.

The reality is that you are probably growing an extra tonne of dry matter (DM) just in the month of February which equates to about €160 to €180.

Additionally, when the quality of the grass is increased, “you are getting more energy into the cows”.

Vincent emphasised how, “farmers will often say, the milk in the bulk tank has gone up”.

Along with an increase in energy, the quality of silage made from these reseeded swards is much higher compared to older swards with a lower ryegrass content.

Finally touching on graze outs, he said: “When you look at the difference in graze outs between two swards, if you have an old pasture, cows are not inclined to graze it out well.

“But, if you go into a perennial ryegrass sward with good proportions of tetraploid and diploid varieties, cows will just mow it up.”

It is all of these extra benefits from the new reseed “that will make the pay backs on the investment for years to come,” he concluded. 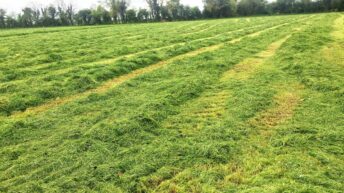