Delays with RAPID funding because of ‘uncompleted’ projects

Dublin City Council received the highest allocation of money in the country under the new Community Enhancement Programme (CEP) – formally RAPID – in 2018.

It has also emerged that a number of community groups have not received any funding because of delays with project completion.

This latest information on the scheme came to light during Dáil proceedings on Thursday, April 18.

The Department of Rural and Community Development says the nationwide re-cast RAPID programme and the Communities Facilities Scheme were launched for the first time in 2017 and €65,000 was allocated to each local authority area under each scheme.

A total of €130,000 was subsequently allocated, totaling €4 million across the country.

Minister Micheal Ring told those gathered in the Dáil that in 2018 both programmes were replaced by CEP.

Below is a table outlining the allocations to each local authority for 2018 and 2019. 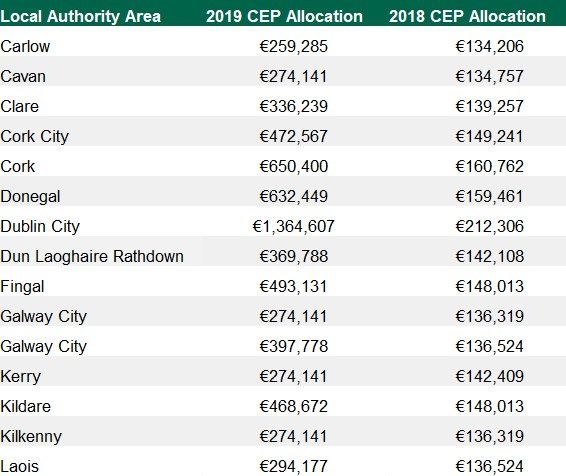 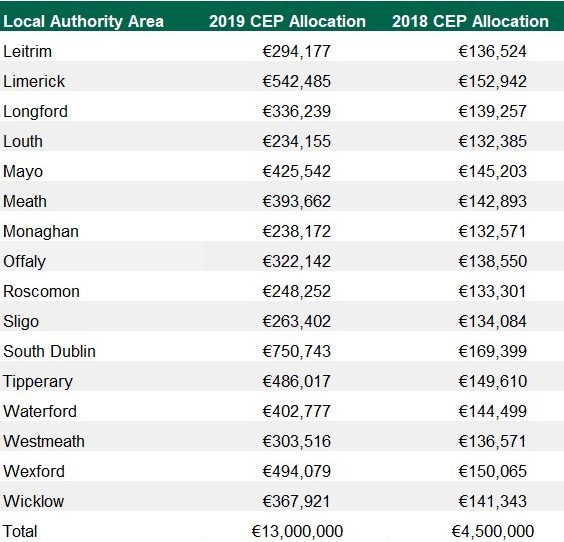 Minister Ring’s comments came on foot of a question put to him by deputy Joe Curran who asked for the amount allocated to each local authority and Local Community Development Committee (LCDC) for the RAPID programme’s Community Facilities Scheme and the community enhancement programme from 2016 to 2018, and so far this year.

The 2019 CEP has recently been launched with funding of €4.5 million.

Minister Ring continued: “The 2018 amounts have been paid out by this department; the 2019 amounts have not yet been paid out. All of these three programmes were administered by the LCDCs with support from the local authorities.”

Meanwhile, the minister pointed to a delay “in the draw-down of funding” for some community groups.

This is because there has been a delay in completing the approved work and this in turn causes a delay in having final figures for some areas.

CEP DEPARTMENT OF RURAL AND COMMUNITY DEVELOPMENT
LOADING NEXT STORY