‘3% higher culling rate from such a small disease’ 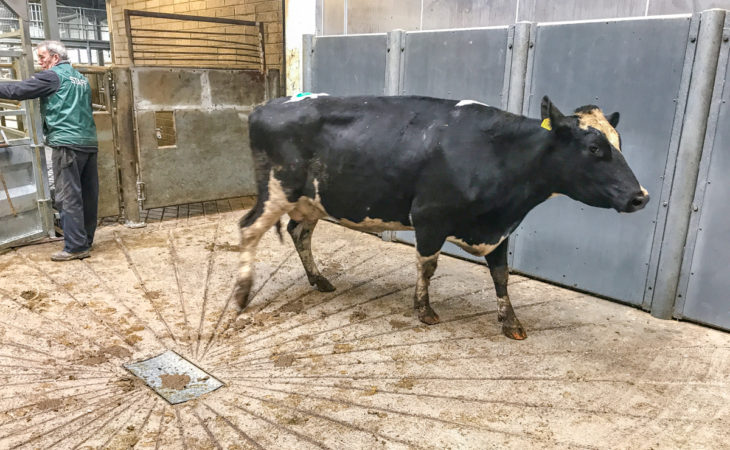 Last week, at a breeding event held by MSD Animal Health in Teagasc Moorepark, Cara Sheridan – a technical adviser with MSD – discussed one of the main reasons why cows fail to regain cycling or fail to go back in calf after calving.

Explaining why it is so important for a cow to regain cycling as soon as possible after calving, she said: “We know it is a race against time, because it is only one calf per cow per year and anything that delays that is going to eat into a farmer’s profit.

“There is an evolution period that takes a certain amount of time that is going to occur naturally, until the uterus is even ready to go back in calf and we have to accept this period.

“But, what we can do is make sure there is nothing that will impact this and make it any longer than what it has to be.

“It is usually 40-50 days before a uterus is ready to accept another calf and anything over that is what we are trying to reduce.”

There are a number of reasons why a cow can fail to regain cycling, but the one Cara focused on was that of “clinical endometritis” which is seen in almost every dairy farm in the country at some time or another.

Defining what it is, she said:

Clinical endometritis is an infection of the uterus 21 days or more after calving, not accompanied by systemic signs.

“It is also more prevalent if the immune system is low because the cow will not be able to fight the normal infection in the uterus after calving.

To treat or not to treat

For the treatment of the disease, Cara outlined that there is a self-cure rate. However, for those that are missed, or not seen to have an infection, this can result in greater days to conception and lower conception rates.

“For those that are not treated, if the uterine environment is not right, it will give negative feedback to the ovaries and beyond; so, it will compromise her return to cycling.

It is advisable to treat them, but it is not advisable to consider every cow as being at risk of contracting endometritis.

“For instance, a cow that is calving in February has heaps of time to heal and let nature do its thing.

“But, a cow that calves in March (from February on), if they have had issues at calving, they are high risk.

“These high-risk animals are cows which may have had a hard calving, had twins, held cleanings or any other issue around calving.”

The most obvious symptom of clinical endometritis is puss – or puss and mucous – coming from the vaginal area of the cow.

However, Cara emphasised the importance of “not relying on the naked eye to diagnose all animals and to consider the cows that are at risk and check them”.

Cows can be checked either at the pre-breeding scan or through the use of a “metricheck device”.

“Although farmers will definitely need training before using this device – as it is a weapon if used incorrectly,” said Cara.

Cara also highlighted that “a discharge is absolutely fine, but if it is hanging about greater than two weeks after calving then we have an issue”.

Finally, touching on the treatment of endometritis, she said: “Metricure is a very successful way of treating endometritis cases and it is the only intrauterine antibiotic on the market.

It is a once-off treatment and there is no milk withdrawal on it.

“However, the correct administration of this is key and farmers that are using it will need some training, particularly for farmers who aren’t doing their own AI or are using it for the first time – who are not familiar with how to use it.” 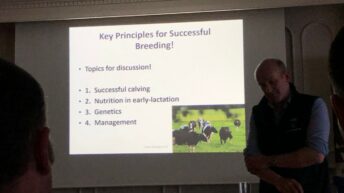