Putting sustainability at the heart of Ireland’s matter

When two Co. Limerick brothers set up a small firewood business back in 2011, little did they realise how the initiative would contribute to environmental sustainability and set them right on course for a trip back to the future.

In the few short years since the business’ inception, it has gone from strength to strength and left the Co. Limerick duo among the forerunners in Ireland’s effort to decarbonise and provide a more sustainable way of living for everyone.

Nick Jr. told AgriLand that when the pair first started out in their endeavours to produce top-quality firewood, the market at the time “was locally based”.

We’d come up after school, bag up a few net bags or maybe a tonne bag, throw it up onto a trailer and off we would go into town to sell it.

He continued: “We built up a decent section of loyal customers; as we were going along we got better at what we were doing as well.

“We were selling dry firewood and after about two years people could see that for themselves and they realised that we were selling a really good quality product.”

Building up a base

The Cotters soon realised that they had built “a good customer base” in the locality and after securing their second WFQA certificate – they moved nationwide.

Our primary market is selling directly to the homeowner and is based in Limerick, Kerry and Cork.

Cotter added: “We are trying to keep the business local because the ethos for us is that the firewood we sell is top quality, environmentally friendly and is produced in a holistic and proper way.

“So, the emphasis is that this is fuel ‘for the region of the region’.”

He went on to say that pulp sourced by him and his brother is within a 15km distance of the business’ base outside Abbeyfeale. 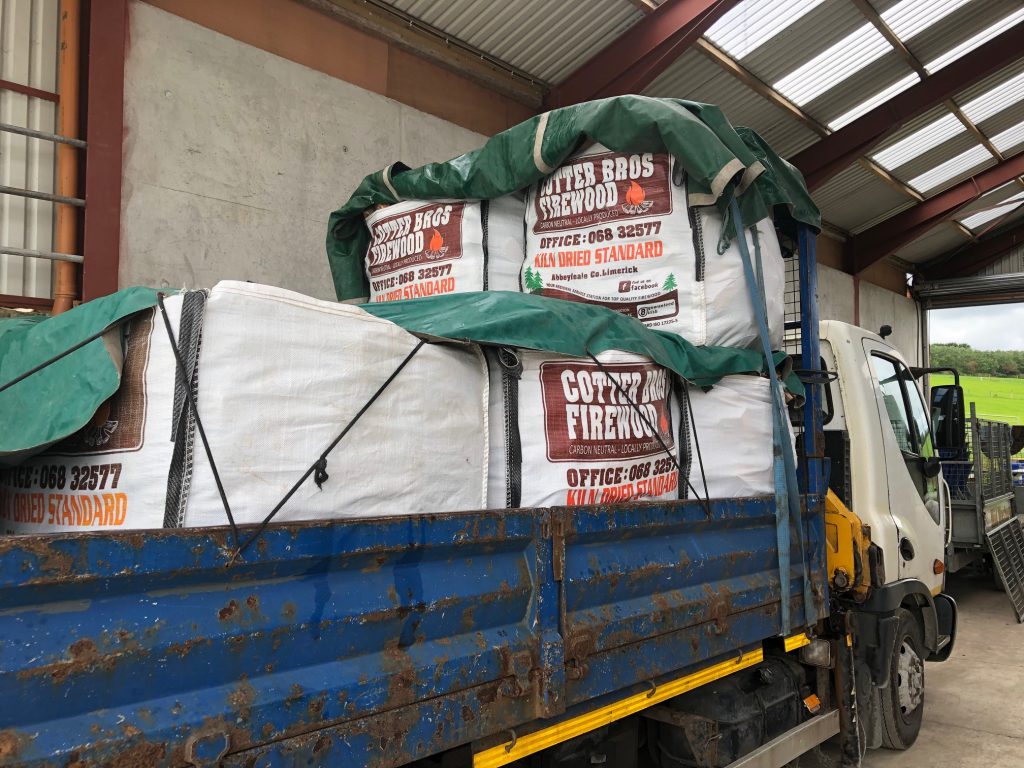 It’s the same with deliveries – they try to keep that as local as possible as well “because of the emissions released from just driving a truck around”.

“We also have a courier system in place to ensure that efficiencies are to the fore at all times,” he continued.

“It just wouldn’t be energy efficient to take a pallet of firewood up to Dublin from Limerick.

But by doing it through the pallet network we are adding in those efficiencies and reducing our carbon footprint in the process.

“What we are trying to do is driven from the biomass trade centre model – generating economic activity and rural employment by using the rural resources.

“That is where ‘of the region for the region’ comes from really.”

Meanwhile, the idea behind that model is that, within a 20km or 30km zone, a biomass trade centre would be made available to people living in that area.

IFA has been very strong on this; the organisation wants to push forward with Government support to create these biomass trade centres.

Cotter continued: “The idea being that forestry would provide the raw material for rural development, employment and subsequently displace fossil fuels along the way.

“The Government has now launched the Support Scheme for Renewable Heat (SSRH) and this is a well targeted scheme. 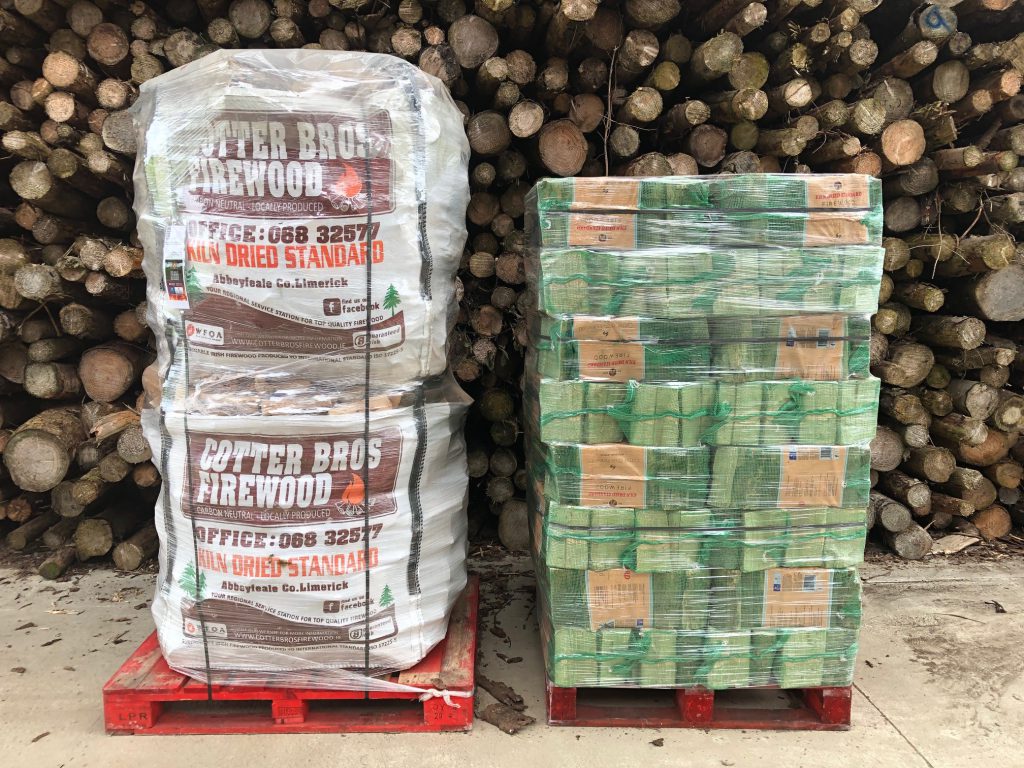 “But when you look at decarbonisation – the most difficult sector to decarbonise is the domestic heat sector.”

The Cotters say that 80% of the domestic heat sector runs on oil.

They also point to the “huge opportunity” that creates to decarbonise the sector by replacing fossil fuels with renewable, local wood energy.

“We believe that what we are doing is a very good way of decarbonising the domestic heat market and in the process creating employment and rural jobs and using the resource.”

Cotter continued: “The market has developed so much that there is a huge opportunity for the Government now and we believe the time is right to introduce, what we call, a domestic SSRH. 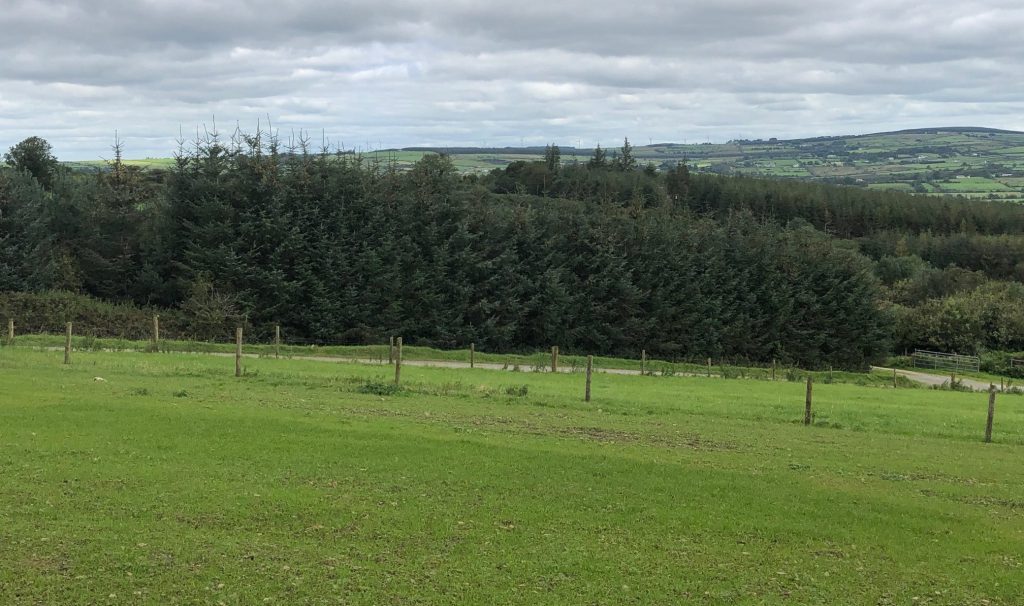 “What I love about firewood is this: If it’s done properly it is a really good wholesome thing to do because it falls into what we call the cascading use of forestry material.

'€3.80/kg base price and we will stand down immediately'