Paving the way for biomass centres across Ireland 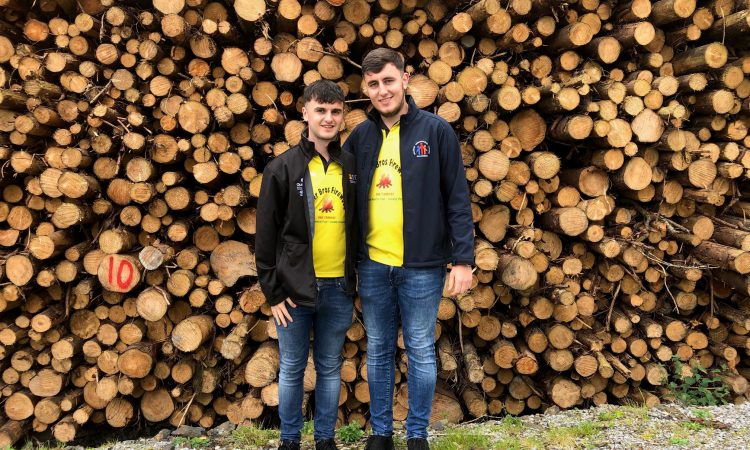 Two Limerick brothers are paving the way in this country for the introduction of biomass centres and putting firewood at the heart of the decarbonising effort while they are at it.

The brothers set up the business when they were just 11 and 13-years-old respectively and in the few short years since the business’ inception it has gone from strength to strength.

The effort has also left the Co. Limerick duo among the forerunners in Ireland’s effort to decarbonise and provide a more sustainable way of living for everyone.

And, also, for the firewood to pave the way for that sustainable living ethos in the first instance, the brothers knew it had to be top quality.

They also realised that while there was a market for the firewood – research would be necessary to achieve their ultimate goal.

Speaking to AgriLand, Nick Jr. pointed out that for him and his brother – quality was to the fore, and the pair realised – very early on – that they needed to learn more about producing good firewood.

I suppose we were young, and a little naïve about the whole thing when we started out.

He continued: “What we really needed to do was figure out a way to make ourselves stand out from all the other firewood producers and sellers and turn our business into a sustainable and viable one.

“We did some research and came across the biomass trade centres – which is an EU project – and within that we discovered that we needed to secure certification of the wood.” 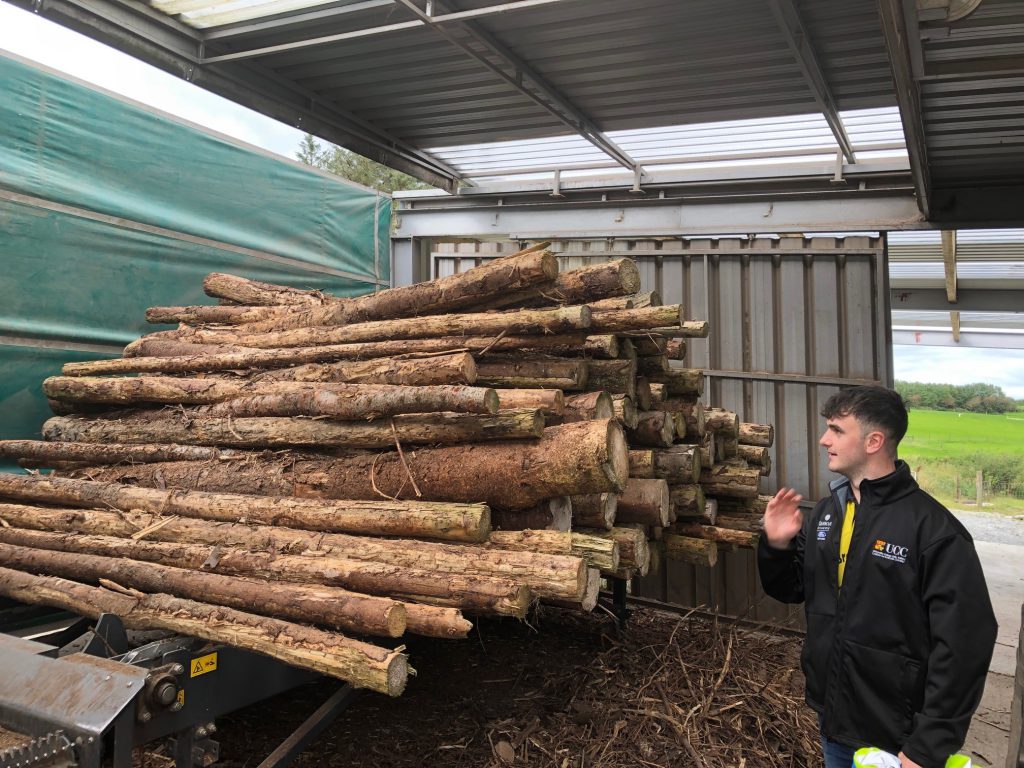 Meanwhile, that much-coveted certification meant quality assurance for the Cotter Bros and a vital component of business development for them.

“The certification guaranteed that when customers saw it on our bags our wood would be dry, uniformly cut and fit in the stove and ready to burn,” Cotter added.

“We worked hard on developing and producing good quality and energy-efficient firewood.”

Then three years after setting up the business the Cotter brothers showcased their energy-efficient firewood at the National Ploughing Championships for the first time.

They also secured that all important certification…

So, we were really happy about that; it meant that when we had that label on our bags and when we were advertising online we had that guarantee for our product.

He added: “It also gave customers a confidence in firewood that they never had before.

“We also discovered along the way that there were a couple of main issues preventing people from buying firewood in the first instance.”

One of the main ones, says the UCC student, is that quality “tends to vary”.

“When you burn wet firewood it generates all kinds of harmful emissions, reduces air quality and damages the stove in which it is burnt in.”

Cotter continued: “The other issue was price transparency – people would tell us that they bought their firewood by the bag or by the load but were unable to quantify how much firewood they actually got. 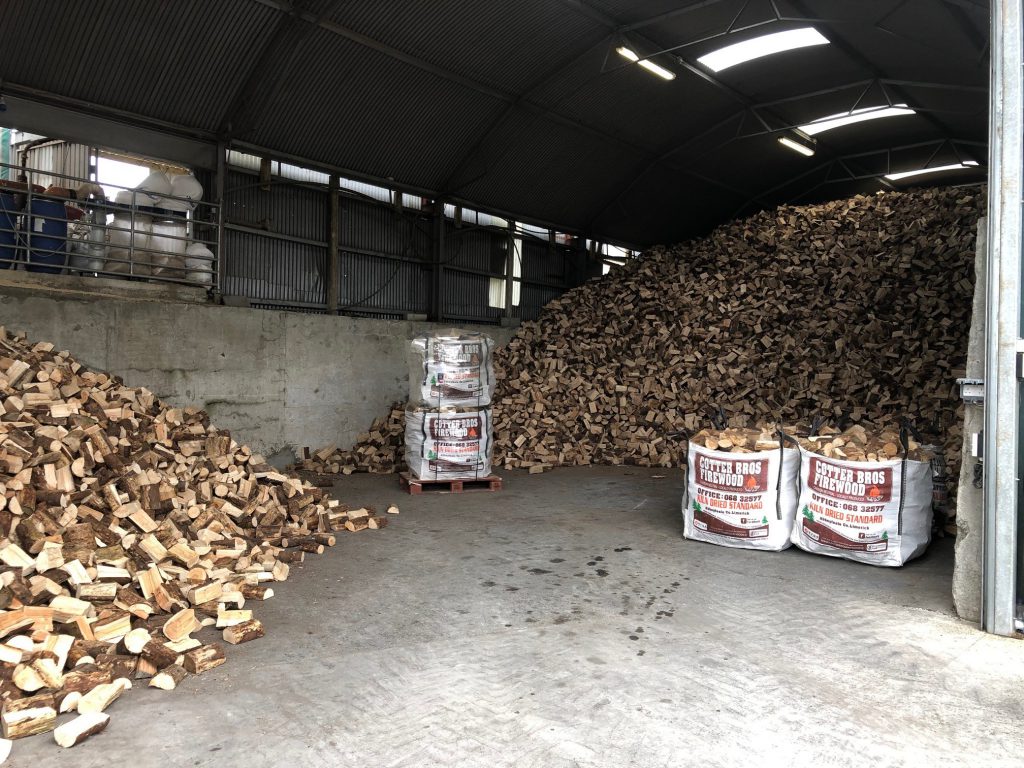 “When people asked us for a load of firewood by the bag there was no differentiation on their part.

“The wood in one bag could be less than another and every piece could be cut differently – there was no standard there.”

The Cotter brothers, meanwhile, decided to do something about that and eventually introduced ‘transparent pricing’ to their business.

Nick Jr. says the move has been positive and has benefited the product.

We created transparent pricing and that is evident with all our firewood.

He continued: “We sell it by the weight and by the heat contained – then you have a price per kilowatt and the consumer can make an informed decision.

“Every bag of our firewood now has a label that indicates the kilowatt within the bag – we are the first in Ireland to do this. 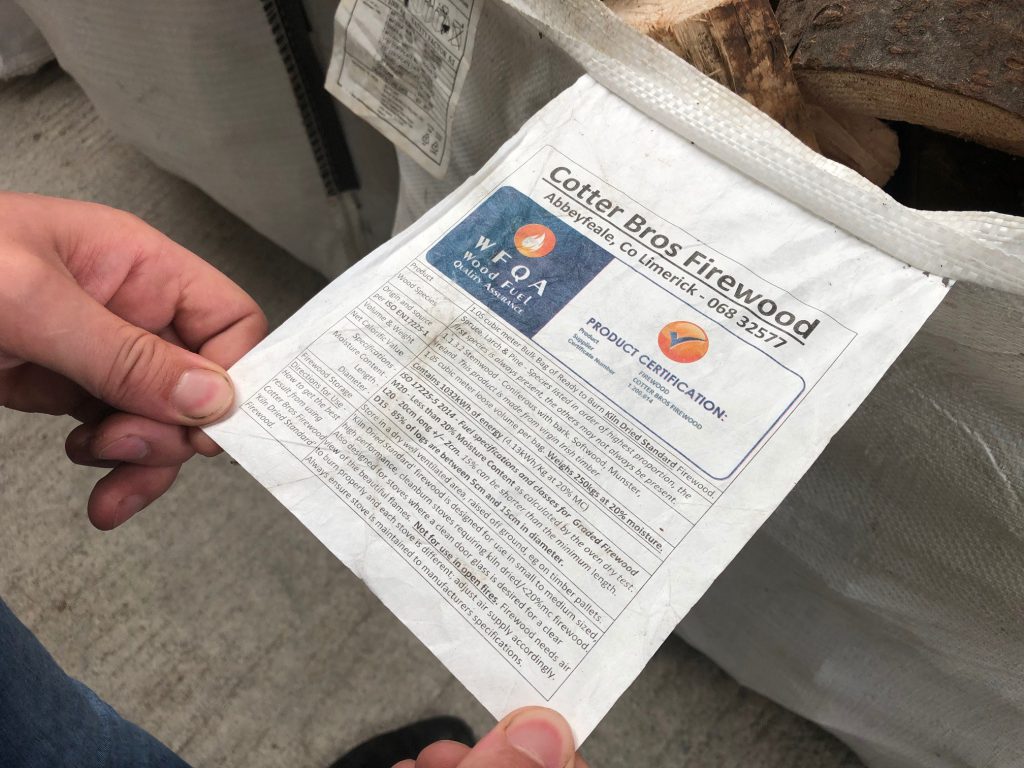 “All the wood is weighed as it’s packed so we know exactly what’s in it.” 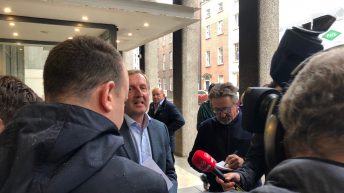