Storm Desmond battered the country over the weekend with thousands of acres of farmland under flood water.

The beef unit at Ballyhaise College was almost marooned on an island as the River Annalee burst its banks.

The college’s Instagram account provided updates on the flooding with 48mm of rain in falling in 31 hours.

Jimmy Stafford, a DJ with Highland Radio, tweeted us these photos of Donegal farmland under water.

Jim Keane sent in a photo of a tractor submerged under the floods as a result of Storm Desmond. 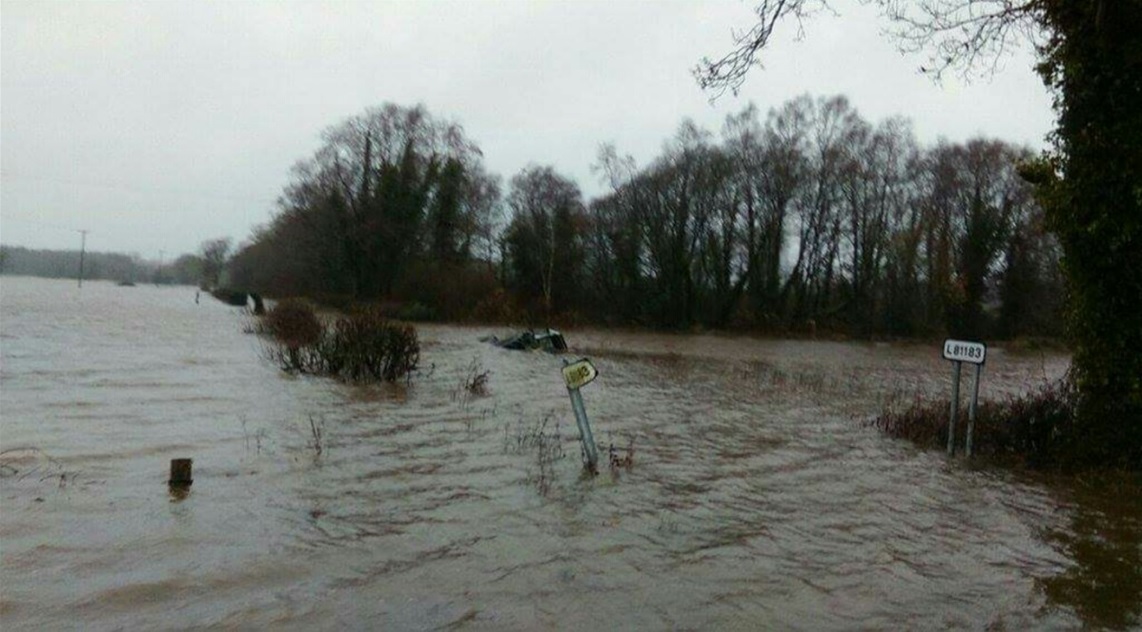 Stephen Maye from Powellsboro, Co. Sligo, went outside during the storm and filmed the flooding that it caused.

The video shows the water flowing across the road and it includes Maye’s dog.

RTE reporter Teresa Mannion was a viral hit over the weekend after she reported live twice from Blackrock in Galway in the middle of the storm.

While she was almost blown away, that didn’t deter her continuing to tweet how the west of the country was being affected.

The pictures below, that were posted on the Clare Herald, were taken by Steve Symes and show flooded farmland.

The GAA pitch in Kiltimagh was submerged under the flood waters, with the Club’s Facebook page telling its members that lifeguards were needed after the 100m Olympic swimming pool was installed.

This picture was taken by Mattie Cummins and posted on his Instagram. 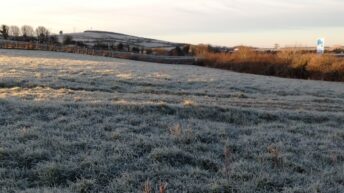