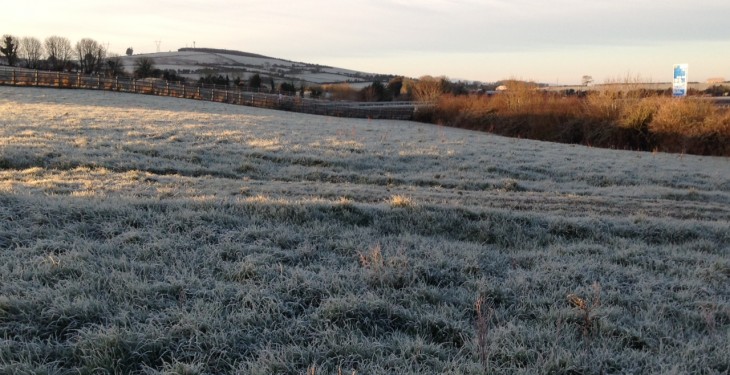 There’s another wet and windy week in store, a weather warning in place and a possibility of snow next weekend, Met Eireann has said.

A status yellow wind warning is in place nationwide until 7.00pm this evening.

Southeast to south winds will reach mean speeds of 50 to 65km/h today, gusting 85 to 100km/h, it said and winds will be strongest in southern and western coastal counties.

Today (Monday) will be windy and mostly cloudy with showery weather this evening, Met Eireann has said.

According to Met Eireann, tonight (Monday) will be mild and breezy with some further rain or showers, with some heavy bursts in Atlantic coastal areas at times.

There will be lowest temperatures tonight of 5 to 8 degrees.

Met Eireann has said that some of these spells of rain will be heavy especially in southern and western coastal counties in the morning and early afternoon.

There will be top afternoon temperatures 7 to 10 degrees and fresh to strong southwest winds will veer westerly later in the afternoon and moderate a little, it said.

Tuesday night will be cool early in the night with clear spells and just the odd shower and with possibly a local grass frost.

Wet and windy weather will sweep in off the Atlantic later Tuesday night and temperatures will rise while south to southwest winds will increase strong and gusty.

Wednesday will be very windy, with strong and gusty southwesterly winds, which will be up to gale force in parts of the southwest, west and north, according to Met Eireann.

There will be some dry spells, mainly in the midlands, east and south, but more rain will spread from the Atlantic, some of it will be heavy, it said.

A clearance to scattered showers will follow Wednesday night, Met Eireann has said, as winds will ease and it will become cold.

There will be lowest temperatures 1 to 4 degrees, with some frost possible in places, it said.

Looking to Thursday, Met Eireann has said that it will be a cold, breezy day, with widespread showers, many heavy, with some of hail and a few may fall as sleet over Ulster.

There will be highs of just 4 to 8 degrees and it will be cold overnight, with lowest temperatures of zero to 3 degrees, with some frost, it said.

For Friday and the weekend, Met Eireann said that early indications suggest that it will be cold, with a mix of sunny spells and scattered showers, some possibly wintry on high ground.