The members of the three parties involved in government formation – Fianna Fáil, Fine Gael and the Green Party – are currently, or will very soon be, voting on the Programme for Government hammered out by the respective party leadership.

The programme seems to have been generally well received from stakeholders in the agriculture sector, while environmental and climate change interest groups also seem to have taken to it with some positivity. However, there have been some concerns raised over a perceived lack of specific detail.

The parties are now trying to convince their members of the programme’s merits, and are calling on them to vote in favour of it.

Where Fianna Fáil is concerned, the party members received ballot papers in the post yesterday, Thursday, June 18, and have until next Thursday to submit their verdicts.

Speaking to AgriLand, Charlie McConalogue, the party’s spokesperson for agriculture, food and the marine, said that the programme is “one the public, and farmers, can support”.

The Donegal TD argued that fears the farming community may have had over how agriculture fared in the government formation talks “have been belayed”, and that the agreed programme “puts a focus on incomes for farm families”.

McConalogue expressed a hope that the membership of Fine Gael and the Green Party would also support it.

Advertisement
However, he noted that the parties “can’t take it for granted” that the Programme for Government will be supported by their members.

“There is engagement among all parties and their members…we know that’s an important process, [so] we can’t take it for granted…hopeful they will support it,” McConalogue said.

The Programme for Government has received extensive coverage all this week, with much made over what it might do for farmers.

Before and during the government formation talks, the issue of live exports raised no small amount of concern among farmers, with some in the sector fearing that live exports would be curtailed or banned outright.

Farmers will be relieved that those concerns were not realised in the Programme for Government when it was released earlier this week. Not only does the document not mention any curtailment of live exports, but in fact highlights the importance of the trade to the agriculture sector. 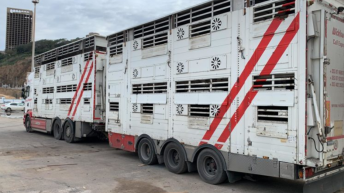