It has been revealed that over 55% of the top 30 most exposed EU products to the UK are Irish, according to a report published by the Department of Finance.

The list of proportionally most exposed products to the UK took into account products from across the other 27 member states. The report from the department is entitled ‘UK EU Exit: Trade Exposures of Sectors of the Irish Economy in a European Context’.

Breaking it down even further, the report shows that 11 out of the top 15 EU products most exposed to the UK – on the proportional exposure measure employed by the Department of Finace – are Irish exports.

This high level of exposure is worrying for Irish producers in the context of the uncertainty caused by Brexit.

Cereals and cereal preparation products from Ireland are the most exposed to the UK, followed closely in second by Irish vegetables and fruit.

Other Irish agri-related products which feature on the list include: live animals; feedstuff for animals (excluding unmilled cereals); meat and meat preparations; as well as dairy products and birds’ eggs. 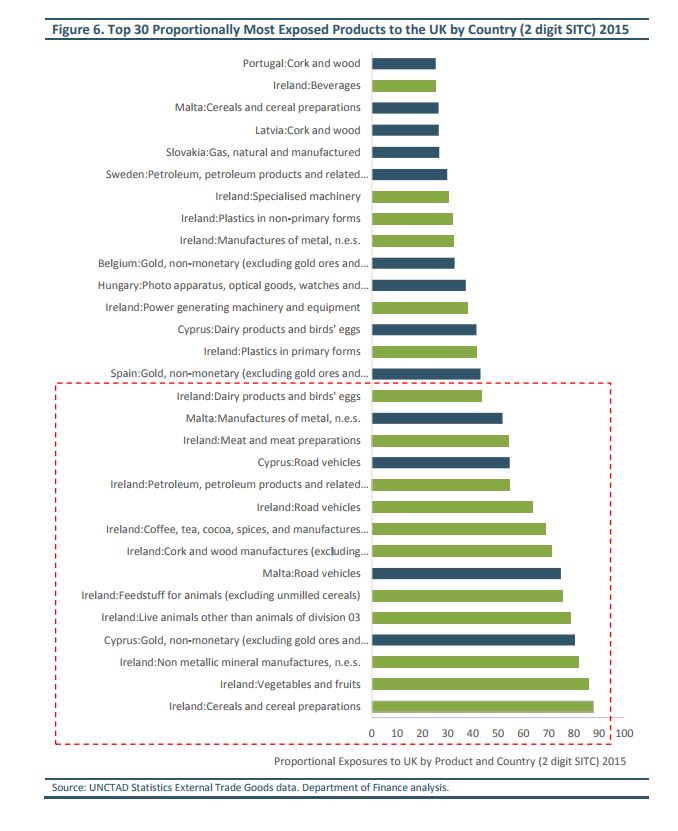 The report also noted that the importance of the UK as a destination market has declined over the last 40 years for Irish exports. 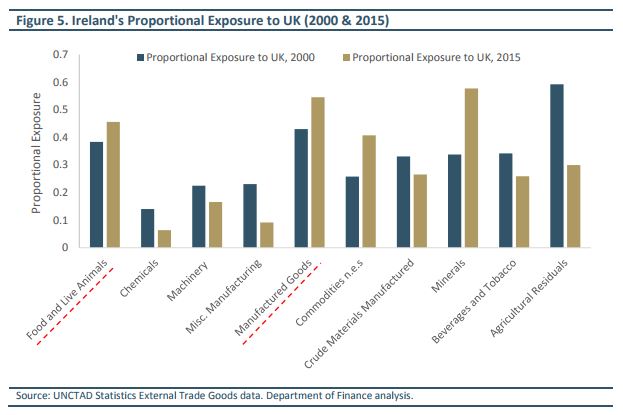 Earlier this week, it was revealed that Bord Bia has received a funding boost to the tune of €6.745 million to develop export opportunities for food, drink and horticulture companies and producers.

The additional funding will allow Bord Bia to undertake a programme of additional activities to support the food and drink sectors in addressing the market challenges relating to Brexit, according to the Minister for Agriculture, Food and the Marine, Michael Creed.

Ireland’s food industry: an 'island at the centre of the world'?