Ophelia: NI and GB damage estimated to cost up to £10m

The repair bill for ex-hurricane Ophelia could hit up to £10 million, rural insurer NFU Mutual has estimated.

The firm said that the devastating gales affecting Northern Ireland, Wales and parts of Scotland could lead to claims costing between £5 million and £10 million.

NFU Mutual, which insures around two-thirds of UK farmers and thousands of rural homes and businesses in Northern Ireland, launched its emergency claims plan to speed help to its policyholders this week.

Martin Malone, NFU Mutual manager for Northern Ireland, said: “Based on what we are hearing today from our network of offices across Northern Ireland, damage appears to be mostly for slates or roofing sheets ripped from houses and farm buildings – together with damage to properties and vehicles from falling trees.

This morning, we had 52 claims reported to us by Northern Ireland policyholders. However, with policyholders only now able to check damage as the winds subside, this is likely to rise.

The insurer said the claims were spread widely over Northern Ireland.

Windspeeds of just over 115kph were recorded at Orlock Head in Co. Down and between five and 12mm of rain fell across the province on Monday.

Most of the damage in Northern Ireland came in the form of dozens of uprooted trees; however, some older sheds were also damaged. Across the North around 50,000 homes lost power during the storm. 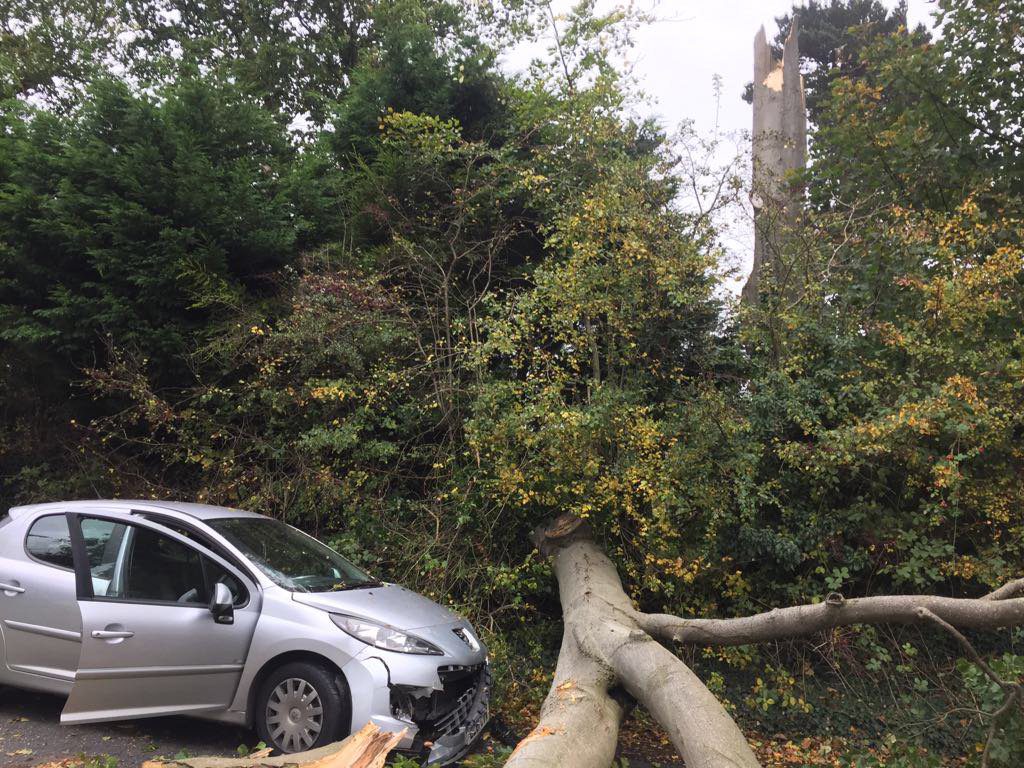 Malone added: “Having a local presence means we’ve been able to react quickly and provide immediate assistance to families and businesses in all of the areas worst affected. We have teams of loss adjusters who can quickly assess the damage and get repairs underway.”

In the South, milk processor Glanbia appealed for farmers to lend their mobile generators to dairy farmers who had been left without power.

According to the processor, the worst-affected regions were Waterford, Kilkenny, Cork and Tipperary but issues are not confined to these areas.

Ophelia: How my quick-thinking family stopped the roof from coming down