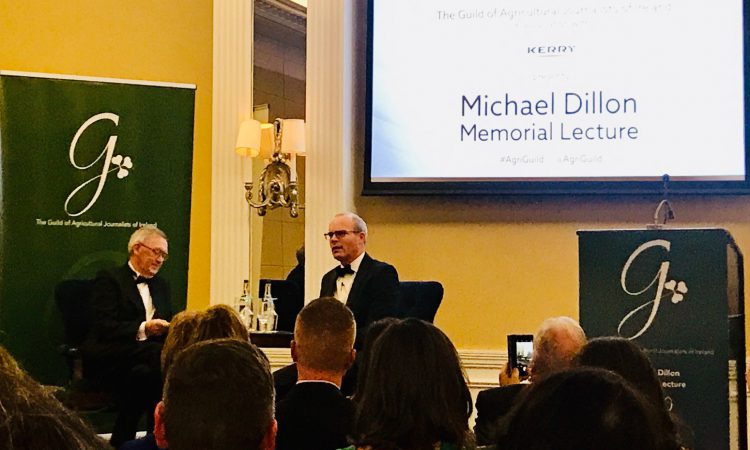 No farming organisation has “a hold” on national politics anymore, the Tánaiste and Minister for Foreign Affairs and Trade, Simon Coveney, has stated.

Speaking at the Michael Dillon Memorial Lecture – organised by the Irish Guild of Agricultural Journalists – at the Shelbourne Hotel, Dublin, the former minister for agriculture (2011-2016) shared his views on the fracturing of farm politics in Ireland.

In particular, he reflected on the implications of the pay controversy that rocked the Irish Farmers’ Association (IFA) to its core back in late 2015 – a time when the Cork native was at the helm in Agriculture House.

“I think farming has done a huge amount of damage to itself in terms of its capacity to represent itself effectively.

“When I was minister for agriculture there were three strong farming organisations – and the IFA was by far the most dominant one. There was also the ICMSA and ICSA.

“Now we have a very fractured representation of farming. The IFA is still the strongest organisation; but not as strong as it was, if I’m being honest.

“That is not good because what it does is, it fractures the message as well as the representation,” said the Tánaiste in conversation with RTÉ broadcaster Sean O’Rourke at the Kerry Group supported event.

He continued: “Unfortunately, what happened in the IFA a number of years ago – in terms of the undermining of the leadership and scandals around pay and expenses – did an enormous amount of damage to an organisation that I’ve been a member of for a lot of my life.

There was a time during elections that, when the IFA would call a meeting of the candidates, nobody would not turn up.

“Everybody would spend at least a day preparing for that meeting, in terms of understanding the questions that would be asked and wanting to be impressive in terms of answers.

“No farming organisation has that hold now on politics,” he said.

However, the minister is also of the view that the position can be reversed.

“We can get back there again; but the challenge for the new leadership and for Tim [Cullinan] is to rebuild the confidence of farmers, as much as having an impact and an influence on policy.

“Both are important; but I think the more that farming organisations fracture into different movements representing different sectors – some for sheep, for dairy, for tillage and some trying to do everything for everybody – the weaker the representation of agriculture.

“Farming is a much stronger force politically when it’s together on message,” he said.

Aside from the “internal strike” within the IFA, the minister said most of the fracturing of farm politics has been “driven by beef”.

“Beef really is the most important element of agriculture – even though it’s not necessarily the biggest business. It impacts on the most family farms.

Although the average farm size equates to around 18 or 19 animals, the minister described the role of the sector as “crucial” to rural economies.

If the price of beef means that producers along the farming supply chain are all losing money and they are relying on CAP money to make any profit, then you have got a big problem.

“That has, in my view, been very difficult to manage within farming organisations and outside them.

“We need to empower primary producers through structuring and putting in place producer organisations that can negotiate professionally on behalf of large groups of farmers that have, for the first time, scale on their side in terms of negotiation.

“It’s not just negotiation on price, but on quality, age and delivery time, so they can feed back to their farmers what is expected of them to maximise the price.

“Factories will also know what to expect and will be under huge pressure to deliver – otherwise the POs will go to another factory,” he said. 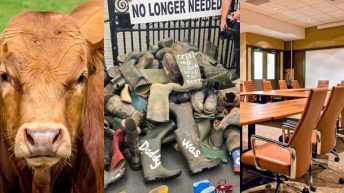 Opinion: Farm politics is in chaos; that is the sad reality