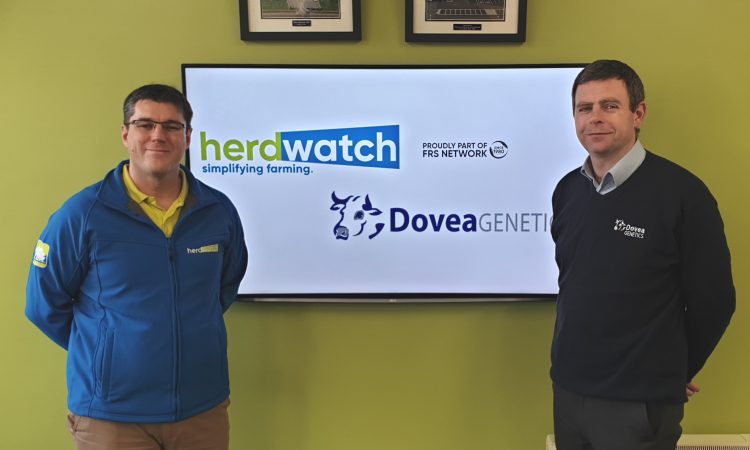 Both organisations claim to be heavily farmer-focused. Dovea Genetics was founded in 1952 and is widely known in the bovine artificial insemination (AI) industry. Herdwatch, meanwhile, is part of FRS Network (Farm Relief Services) – a farmer-owned co-operative established in 1980.

Herdwatch says that its software is used on over 11,000 farms across Ireland and the UK. Dovea also extends widely into the farming sphere; it claims to export to 26 countries.

Dovea general manager Dr. Ger Ryan commented: “We are very pleased to team up with Herdwatch, as we share a common ethos and are both passionate about supporting our customers in making the best decisions for their farm business.

“The Herdwatch solution has a full breeding life-cycle module, integrated with ICBF [Irish Cattle Breeding Federation], where farmers can track and manage serves, scans and get automatic reminders on due dates throughout the season.”

Herdwatch’s big claim to fame is that it can help farmers to avoid hours of paperwork every week and, also, to make better decisions via an “easy-to-use” app.

The Roscrea-based software company is set to launch a new version of its software this week. This new app – namely ‘Herdwatch NG’ (Next Generation) – is “leaner, meaner and faster than ever”, according to Fabien Peyaud, Herdwatch CEO.

We are very excited about our Next Generation app which has taken 18 months of research and development by a team of 12. Based on farmers’ feedback, we’re confident our members will love it.

The new app is being launched at the (Royal Ulster) Winter Fair in Belfast by former rugby international Rory Best, who uses Herdwatch on his suckler farm in Co. Down.

He commented: “The Next Generation Herdwatch app will be a great benefit to me as I transition from professional rugby back to looking after our herd at home, along with a few other projects.

“Like in rugby, you have to make things which are complicated appear simple. Herdwatch, which was already easy to use, will be faster and easier than ever before.”

The Herdwatch Next Generation app is available to download for free on the Apple App Store and Android Play Store.

A free plan is available for all farmers; yearly PRO memberships start from €79 (plus VAT). 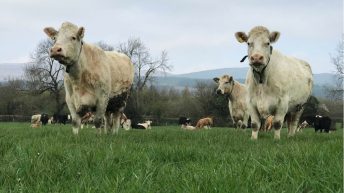 Video: Why this Co. Tipperary suckler farmer made the switch to Herdwatch