Meadow Meats Rathdowney ‘in jeopardy due to blockades’ 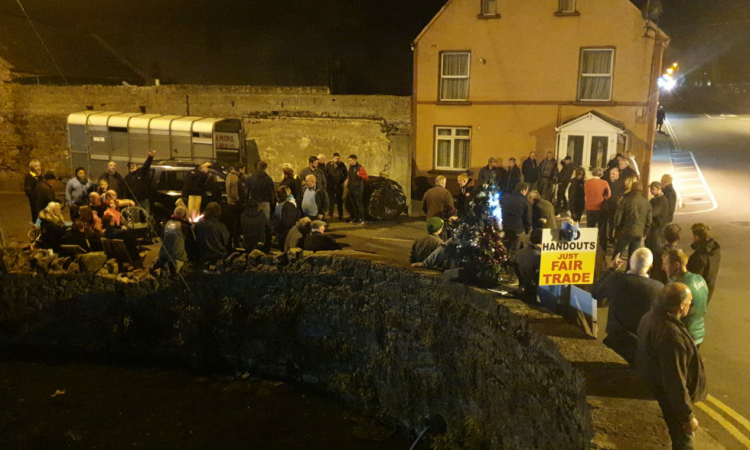 The owners of the Meadow Meats factory in Rathdowney, Co. Laois, have said they “are not ruling out the plant’s closure, due to the continuing blockades by a number of protesters”.

A statement from the management of the beef processor issued tonight, Monday, September 16, explained: “The staff who work at the factory were temporarily laid off last week, but this action will become permanent if the plant’s owners decide that ongoing intimidation and illegal blockades have called the long-term viability of the business into question.

This would mean the closure of the county’s only processor, limiting the options for local farmers as to where they sell their cattle.

“Over 300 local farmers have been in touch with the plant in recent days seeking to sell 10,000 cattle, but cannot be accommodated, causing them unnecessary financial difficulties.”

Meadow Meats has confirmed that “none of the protesters” are suppliers of cattle to the factory.

Continuing, the statement said: “Their illegal blockade is in breach of a permanent court order and shows contempt for the deal agreed over the weekend between seven farmer representative groups, the Department of Agriculture, Food and the Marine, and the beef processors.”

It further outlined that there have been “many instances of intimidation, verbal and physical abuse displayed over this dispute”.

Concluding, the statement noted: “Protests took a sinister turn last week when protesters put on masks to avoid being identified.”

A spokesperson for Meadow Meats said: “The blockaders want higher cattle prices but by their illegal actions they are damaging future prospects for Irish beef.

Customers who we are unable to supply will take their business elsewhere, and the protesters’ actions may well result in lower prices to the genuine farmers who are not involved in this illegal behaviour.

“The current situation is unsustainable and we cannot rule out having to close the business.”

Concluding, the spokesperson noted: “Meadow Meats is the largest employer in Rathdowney and many other local businesses are suffering loss of revenue due to the entire workforce being laid-off due to the illegal blockade.” 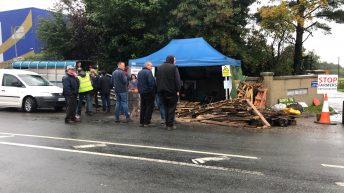 ‘€3.80/kg base price and we will stand down immediately’