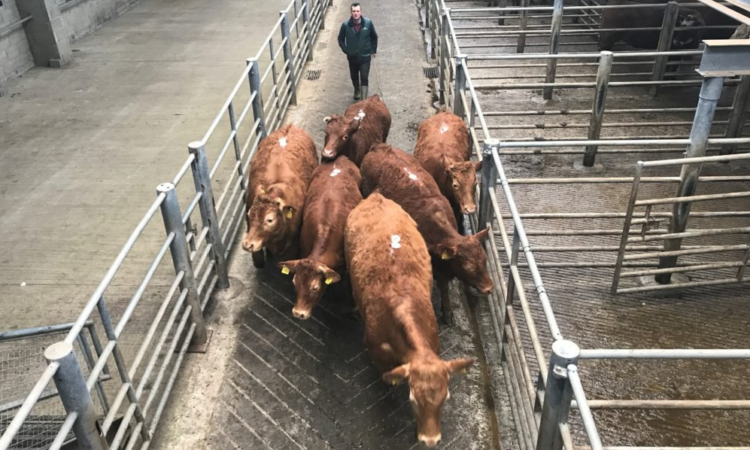 As grass continues to recover across the country, so to is the mart trade. Mart managers, the length and breadth of Ireland, have noted an improved market and larger sales in recent days.

Although mart prices are below where they stood this time last year, this is welcome news for farmers as some sort of improvement in prices has been achieved.

Where quality continental stock have been presented for sale, these lots have achieved the best prices; however, dairy-influenced stock are more difficult to sell.

Moreover, some mart managers have noted that the cull cow trade has also steadied in the last week. Mart managers are also confident that sales will increase in the coming weeks; autumn weanling sales are also starting to commence across the country.

George Candler – Kilkenny Mart auctioneer – noted that “for the first time in weeks, it’s nice to report something positive about the cattle trade”.

Continental beef and forward bullocks were reported to be in demand, with continental beef steers peaking at €2.50/kg, while coloured forward lots sold to a top call of €2.85/kg.

Friesian store bullocks made a top price of €1.85/kg, while poorer-quality types made €1.40/kg. George noted that plain Aberdeen Angus and Hereford bullocks – with dairy influence – met a difficult trade.

Numbers were reported to have doubled on the previous week’s sale at Ennis Mart on Friday last – especially in the bullock ring.

The calibre of stock was also reported to be very high, with some excellent continental beef cows on offer. The number of customers operating around the ring also increased and a much more positive atmosphere was reported.

The mart’s spokesperson noted that stock improved by €40-50 head on average – especially for good-quality types. Forward cattle were in demand, with a big improvement in prices achieved.

Looking at the cow trade, €2.00/kg was reported to be broken on numerous occasions, while aged bulls were reported to be a good trade and these lots made a top call of €1.85/kg.

A larger sale took place at Raphoe Mart on Thursday last, according to the marts Anne Harkin. The trade was reported to be similar to the previous week’s sale, with quality being the main factor affecting prices.

Again, similar to other marts across the country, plainer cattle met the most difficult trade.

Approximately 800 lots were on offer on Saturday sale at Balla Mart. The mart manager reported that good-quality cattle were a good trade, but plainer types were harder sold. 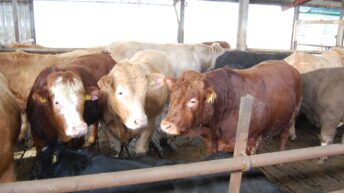