Mart safety: ‘We’re not doing it to make life difficult’

Incidents in livestock marts, including a fatality and a number of serious injuries, have forced the Health and Safety Authority (HSA) to introduce measures to keep mart goers and employees safe.

Pat Griffin, HSA senior inspector, spoke to AgriLand on the topic of mart safety on the final day of the National Ploughing Championships in Screggan, Tullamore, Co. Offaly.

Touching on the way in which cattle marts operate, he said: “It’s a very unnatural situation for livestock.

“There’s noise. There’s generally confusion. They’re not – sometimes – with their peers that they’ve been in groups [with] for a long time, so they can get a lot more flighty and a lot more risky.

“So we’ve had to move in relation to looking at marts and what controls are within the mart. And, we are actually very, very concerned about the mixing of farmers walking around pens and workers in the mart trying to move cattle from pens to the sales ring.”

Watch coverage of AgriLand’s mart panel discussion from this year’s ‘Ploughing’ in the below video.

Griffin believes that mart goers and livestock should not mix, adding: “It is something that is a known risk and it has to be managed properly.”

He added: “We are not doing it to try and make life more difficult for anyone. It’s really to make life safer for everyone in the mart and to the employees of the mart as well.” 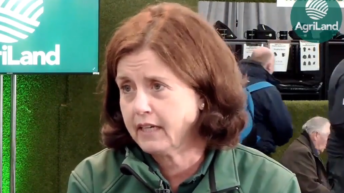 FBD’s Muldoon on women in agri and ‘marrying smart’