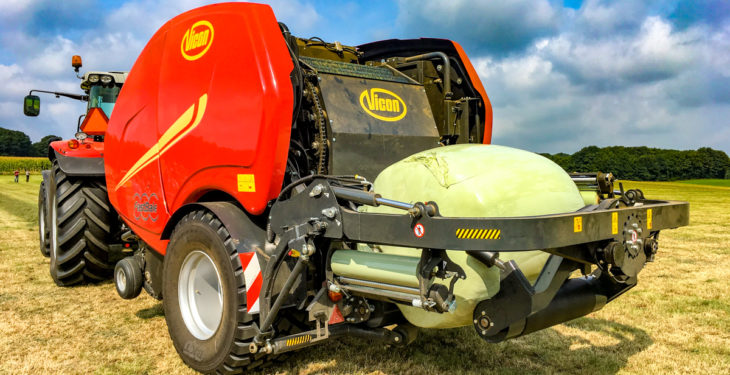 Ahead of November’s Agritechnica show in Hanover, Germany, Kverneland has announced that it is joining the ‘film-on-film’ movement with its updated FastBale continuous, non-stop baler/wrapper combi machine.

The initial FastBale was officially launched at the last Agritechnica show – back in 2015. It has undergone “rigorous testing” throughout Europe in various conditions since then, to “further refine” its operation.

The concept that underpins the machine is quite clever really; it employs two bale chambers arranged in series (one behind the other) – a full-sized main chamber and a smaller pre-chamber.

The pre-chamber is located directly above the intake rotor. It is roughly two-thirds the size of the main chamber. This design, says Kverneland, means that the machine is quite compact. In reality, it’s not much bigger than a conventional baler/wrapper combi. 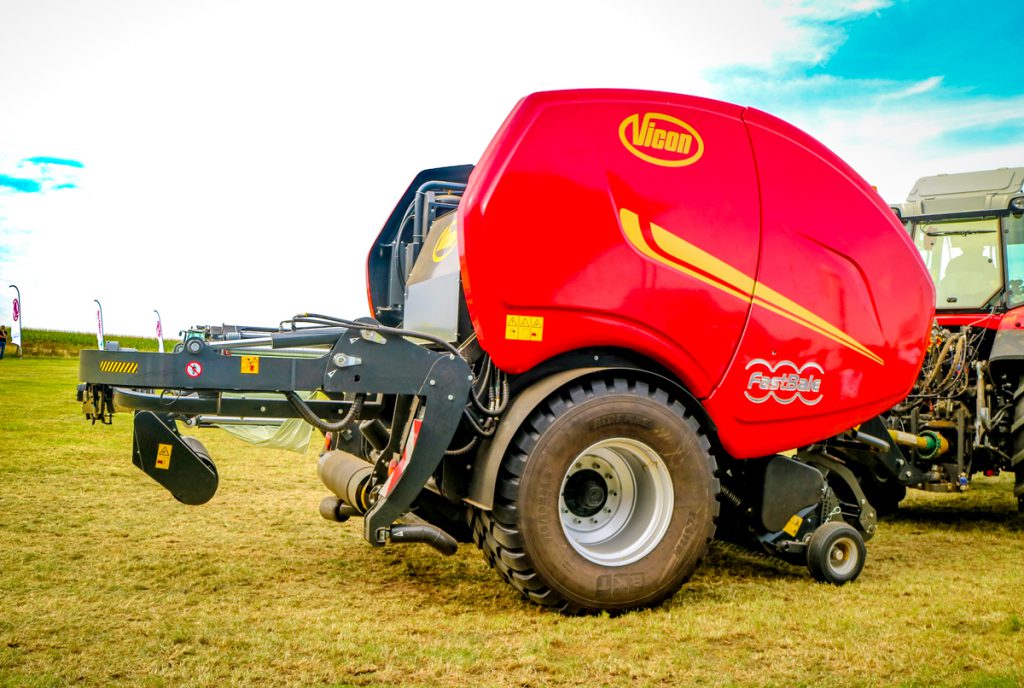 Baling starts as normal. When the first bale is fully formed inside the main chamber, instead of having to stop to apply the net (or film), incoming crop is diverted to the pre-chamber (positioned above the intake rotor). This allows net (or film) to be applied to the first bale in the main chamber and for that completed bale to be ejected onto the wrapper, all while the tractor continues down the swath.

Once the fully-formed bale is ejected onto the wrapper and the rear door is closed, the pre-chamber will typically be almost full. The incoming crop-flow, together with the compressed crop from the pre-chamber, is then transferred to the main bale chamber.

Again, that bale is formed – to its final size and density. This approach enables baling to continue uninterrupted.

The process by which the fully-formed bale is transferred to the wrapper is very simple; the wrapper drops down to collect the completed bale, as it rolls out of the main chamber. Once collected, the wrapper then rises back up to its working position. There, twin satellite arms which, unlike conventional wrappers, rotate in a vertical plane wrap the bale at “high speed”.

Once the bale is fully wrapped, the wrapper lowers again. The rear wrapper roller folds up vertically, allowing the bale to be released “gently” onto the ground.

Out on the road, during transport, the entire wrapping mechanism folds up – to reduce overhang and, consequently, tail-swing.

Customer demand has prompted Kverneland to add a ‘film-on-film’ option on its latest version of the FastBale.

The facility to apply film, instead of traditional net, required a range of modifications to the machine – to cater for the differing characteristics of film.

The new system is apparently able to handle pre-stretch ratios over a “wide range” and roll widths up to 1,400mm. This, says Kverneland, will allow customers to use film from a variety of suppliers.

Switching from film to net requires no mechanical, day-to-day changes by the operator, making it an “attractive option” for contractors who need to regularly switch over and back. 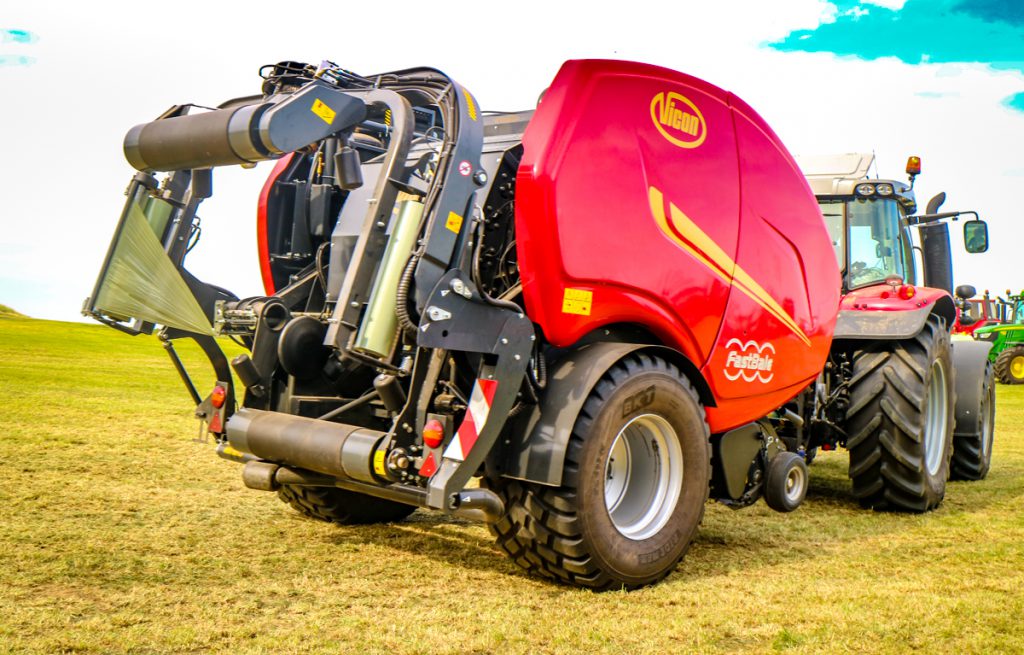 Kverneland Ireland’s product manager for grass equipment, Paraic McCarthy, explained: “We have been testing the FastBale extensively in Ireland for the past two seasons. So far it is living up to the market expectation for such a unique machine; anyone who has used it is more than impressed with its output.

The latest addition of ‘film-on-film’ will only help to strengthen its presence in the market and help to get machines out next year.

The FastBale is marketed in Ireland under the Kverneland brand. It is sold under the Vicon banner in some European markets. 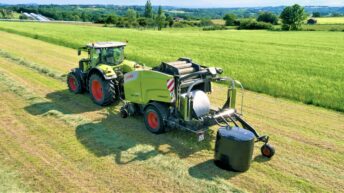 It’s a wrap: Claas joins the ‘film instead of net’ movement 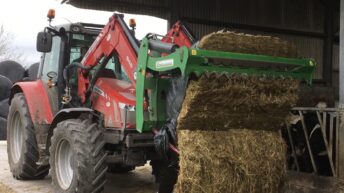