Kerry Group is holding its September milk price at 26c/L, a spokesperson for Kerry Group has said.

Kerry Group this week decided to hold the September milk price at 26c/L – the same price as its August milk price.

It is the second processor to hold its milk price after Lakeland Dairies announced it was holding its September milk price at 26.25c/L. 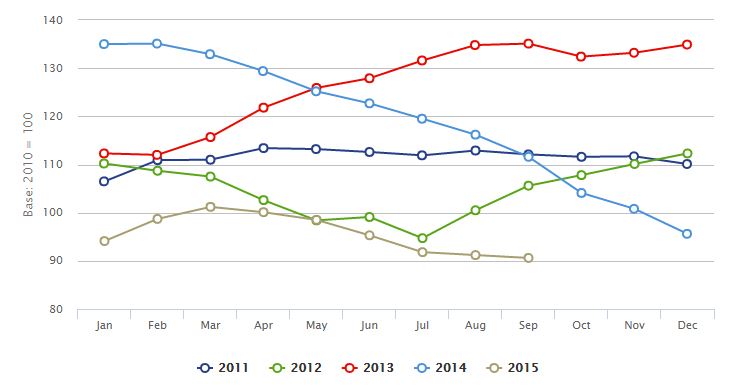 Meanwhile, milk markets are expected to tighten in the first half of 2016, as low milk prices in New Zealand and further price falls elsewhere put the brakes on milk production, according to Rabobank Global Strategist Tim Hunt.

He said in that milk production appears to have continued to expand faster than demand in recent months in Rabobank’s Dairy Quarterly Q3 2015.

The EU was the key driver of supply growth during the period, as investment timed to coincide with the removal of quotas came online however, according to Rabobank, most regions continued to expand production, it said.

Ireland set to import record levels of milk in 2015

The Republic of Ireland is set to import a record level of milk in 2015, according to the Chairman of the National Agency, Denis Murphy.

Speaking at the launch of a new IFA Liquid Milk handbook recently, Murphy also said the State is going to have record levels of milk production in 2015.

However, according to Murphy we are also going to have a record volume of milk imports for both manufacturing in the State and liquid milk this year with about 600m litres of milk coming in from Northern Ireland in the current year.